As Russia faces Kherson offensive, will it move S-300s from Syria? - analysis

Iran’s role in Syria has meant that there have been increased tensions with Israel and US forces. Recent reports about the transfer of S-300s could have ramifications for Syria.

A new offensive in Kherson in southern Ukraine could force Russia to deploy units to Crimea or neighboring sectors. This is important because Crimea has also been the target of raids, apparently by Ukrainian forces, to strike at air bases used by Russia.

Reports, such as one at The Drive website, have indicated Moscow might be moving an S-300 surface-to-air missile battery from Syria back to Russia or to Ukrainian areas.

Like any aspect of conflict, much of what we know is speculation. Russia said Ukrainian forces had suffered major casualties in their offensive. Ukrainian sources said heavy fighting was continuing, the BBC reported.

What does the overall context of the Kherson offensive mean for the Middle East?

Russia could be pressed to redeploy assets from Syria due to any setbacks in Ukraine. Reports that Russia had moved troops from Syria to Ukraine have existed for months. This has led to speculation that Iran could benefit by moving into areas in Syria where Russia’s previous backing of the Syrian regime made it unnecessary for Iran to be present. 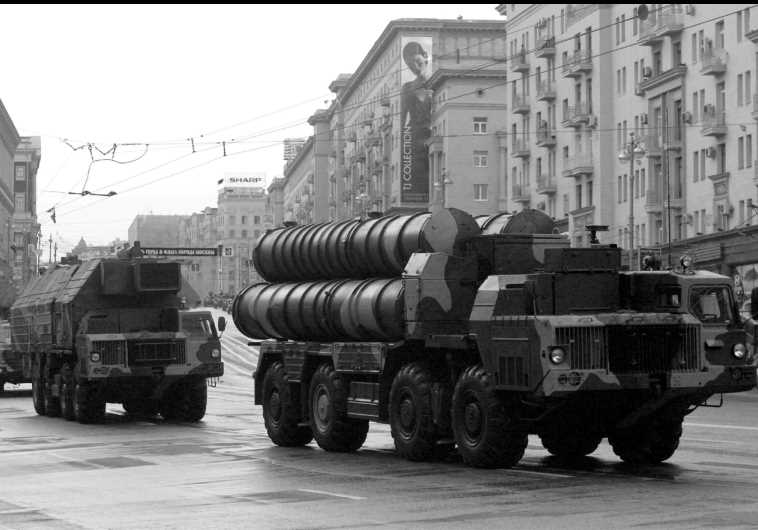 While both Russia and Iran back the Syrian regime, it has often been believed that their interests in Syria do not coincide. Russia wants a strong Syrian regime, while Iran wants to spread its influence around Syria, bypassing the regime in some areas and moving in its own militias.

Iran’s role in Syria has meant increased tensions with Israel and US forces. Iran uses Syria to harass US forces and to use drones and rockets to target US bases in eastern Syria near the Euphrates River. Iran has also targeted the Tanf air base in Syria near the Jordanian border. Iran used the T-4 base to target Israel with a drone in 2018.

This means that recent reports about the transfer of S-300s could have ramifications for Syria.

What could S-300s transfers mean for the region?

Russia provided the Syrian regime with S-300s in 2018 in the wake of an airstrike in Latakia that led to brief tensions between Russia and Israel. At the time, Iran had fired S-200 air defenses wildly, downing a Russian military aircraft.

Syria’s aging S-200s are a threat. Syrian air defenses once fired an S-200 that hit Cyprus. In 2017, an S-200 apparently flew over Jordan toward Israel. In April 2021, another errant Syrian air-defense missile flew toward southern Israel.

Syria has a variety of Russian air-defense systems, such as the Pantsir system. If Syria was able to operate the S-300 and received batteries from Russia, it could help the Syrian regime.

Not much is known about the S-300s that Russia supposedly gave Syria in late 2018. However, it seems they haven’t been deployed much. It could be that Russia is now moving its own S-300 system, or the one it gave the regime, back to Russia.

Perception matters as much as reality. If the Syrian regime is perceived to lack air defenses, it could give Iran a reason to try to move its own 3rd Khordad air-defense system to Syria. It is believed that Iran tried to move this system, which is similar to the S-300, to Syria in April 2018.

The system arrived at T-4 base and then was destroyed. In subsequent years, Iran sought to move the system to Syria again. It is not known if the system was ever delivered, but Iran does want its air defenses in Syria. The 3rd Khordad is a competent system. Iran used it to down a US Global Hawk surveillance drone in 2019.

Other issues are at work here. Iran has increased its threats to US forces in Syria.

In mid-August, Iran apparently had militias in Iraq use drones to target a US base. The Biden administration reacted with two rounds of airstrikes on IRGC affiliates in Syria. This means that as Russia focuses on Ukraine, there is a vacuum in Syria.

Iran has already filled power vacuums in Syria’s Euphrates River valley between Albukamal and Deir Ezzor, and also between Deir Ezzor and T-4 and T-4 and the Golan Heights. But Iran may be seeking to expand its role and its threats.

Iran also might like to move more assets to Masyaf in northwestern Syria. Airstrikes in that area were reported on August 25. The area has previously been targeted by airstrikes, but the overall context is that Iran was targeting US bases in Syria at the same time, so Iran is clearly upping its threats in Syria.