The city of LaSalle, Illinois was sent into an emergency shelter-in-place order while the fire was contained.

A chemical plant in northern Illinois went up in flames on Wednesday morning, sending up plumes of thick black smoke and prompting officials to advise nearby residents to shelter in place as emergency crews responded to the blaze.

The fire broke out at a complex owned by Carus LLC in LaSalle, a city of less than 10,000 residents located about 100 miles southwest of Chicago.

The city's fire department said crews were on the scene. Video on social media showed thick black smoke billowing from the structure. Multiple structures in the complex were damaged or destroyed, footage showed.

A spokesperson for the city did not immediately respond to a Reuters request for more information.

Mysterious oxidizers in the air

LaSalle police alerted the public that a green-colored oxidizer was released in the area and warned residents against touching the substance. 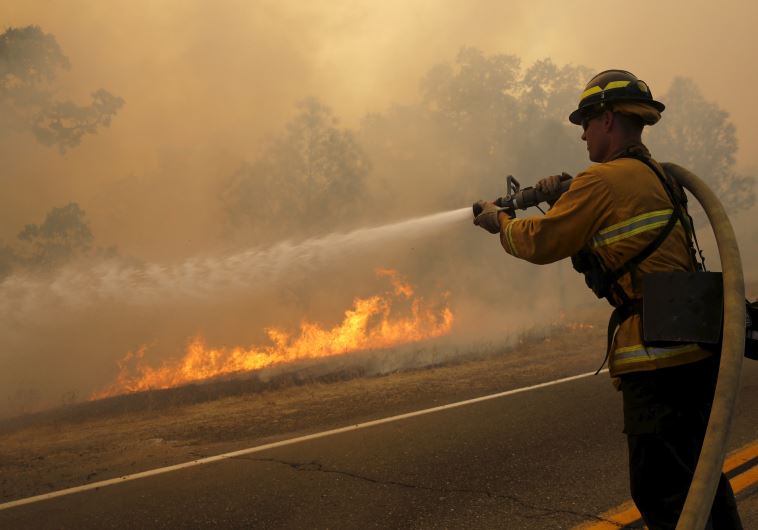 A firefighter uses a hose to extinguish flames. (credit: REUTERS)

"Our fire departments have done a great job of bringing this down," Deputy City Clerk Brent Bader told WLS-TV. "Obviously, when they arrived on scene it was quite a worse situation."

An explosion occurred at the plant around 9 a.m. local time. All workers were evacuated and accounted for with no injuries, according to a spokesperson for the family-owned company. An investigation into the cause will commence after the fire is put out.

Carus produces an oxidant used to treat drinking and wastewater, phosphates for corrosion control, and carbon capture products used for air purification, according to its website.