Should he choose to run, Biden will be up against Hillary Clinton. 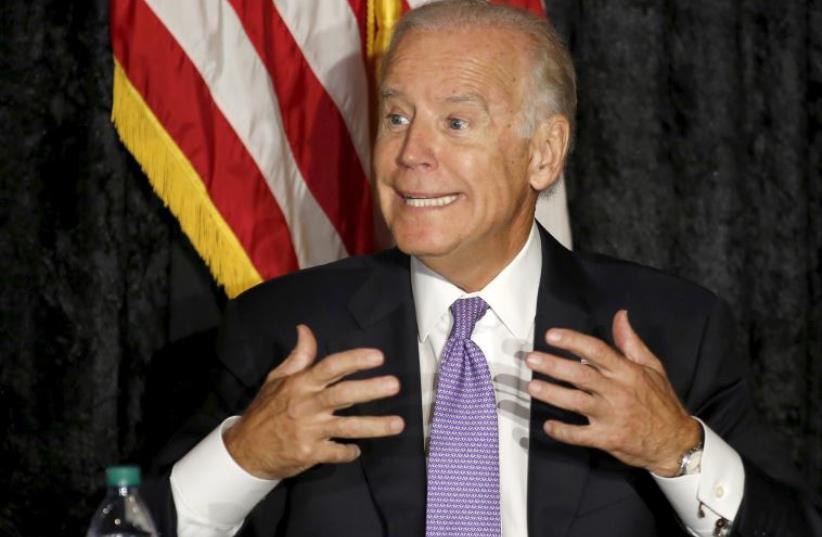 US Vice President Joe Biden speaks at a meeting with Jewish community leaders in Florida, September 3, 2015
(photo credit: REUTERS)
Advertisement
WASHINGTON -- US Vice President Joe Biden is in the final stretch of a months-long deliberation over whether to run for president, according to his aides.Biden, who has served as a key advisor to US President Barack Obama throughout the last seven years, delayed any campaign launch after his son, Beau, died in May. Staff and backers of Biden now say his decision rests on the will of his family to run a grueling campaign after their loss, as well as the feasibility of his path to the Democratic nomination.Should he choose to run, Biden will be up against Hillary Rodham Clinton, a former Obama administration colleague of his as she served as secretary of state, and a former peer of his in the US Senate. Also running for the Democratic nomination is Senator Bernie Sanders of Vermont, a self-described Democratic Socialist.Aides say an announcement may come within hours or days. His decision will become public five months after Clinton's entry back in June, and just weeks before the first filing deadline in southern states for candidates to be listed on their ballots.