New English translation of German author's book about the permeation of the drug during the reign of the Third Reich is set to hit shelves in October. 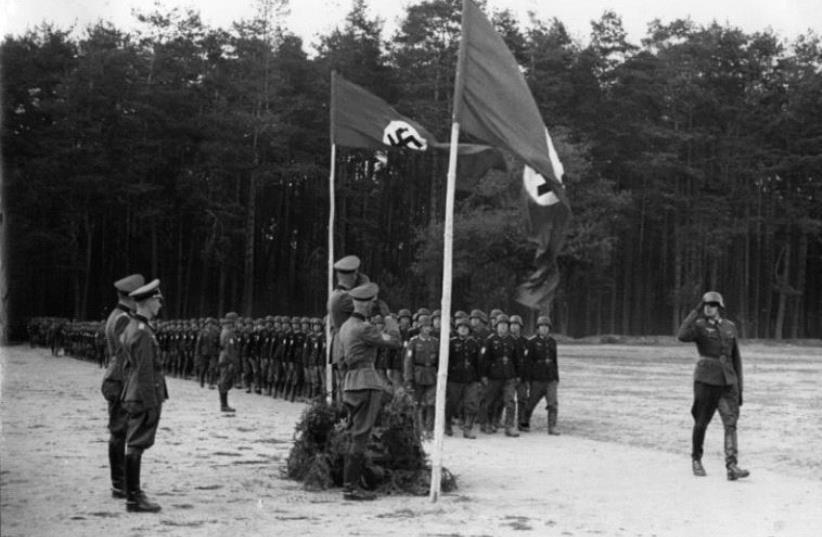 Wehrmacht
(photo credit: BUNDESARCHIV BILD 146-1981-059-12 / PHILIPPS / CC-BY-SA 3.0,Wikimedia Commons)
Advertisement
Nazi Germany's armed forces carried out their "Blitzkrieg" tactic in the invasions of France and Poland during World War II fueled by methamphetamine-based drugs, according to a German book soon to be published in English. On October 6, German author Norman Ohler's newly translated book Blitzed: Drugs in Nazi Germany will hit the shelves. The German-language bestseller that was originally released in September 2015 explores the permeation of a variation of crystal meth and other opioid drugs used in all ranks of society during the reign of the Third Reich, far before the popular Netflix series Breaking Bad delved into the world of the highly-addictive drug.Ohler's findings were reportedly concluded from archival research in Germany and the US. From 1937 onward, the Nazis mass produced the high quality methamphetamine pill labeled Pervitin. Before Pervitin even, its predecessor Volksdroge (the people's drug) was readily available in chemist shops in the country. Ohler's book charges that the synthesized stimulant was distributed among German forces and became omnipresent in German society among the likes not only of top Nazi commanders, but that of factory workers and housewives.“In the beginning the army didn’t realize Pervitin was a drug: soldiers thought it was just like drinking coffee,” the British Independent quoted an excerpt from the book as reading. However, after testing the drug in Germany's invasion of Poland in 1939, the army ordered the production of 35 million tablets of the substance before invading France in May 1940.The drug allegedly induced Adolf Hitler's troops to feel increased motivation and euphoria and fueled a sleepless rage through the Ardennes Forest in the Battle of France. The book also allegedly explains how as Germany faced defeat toward the end of the war, Hitler and his entourage took refuge in potentially lethal cocktails of stimulants administered by the Nazi leader's personal physician Theodor Morell.While the author provides additional insight on a methods that helped the Nazis broaden their grasp of power in Europe, it does not explicitly validate the events or outcome of WWII based on the wide-spread presence of the drugs in German society at the time, according to the book's synopsis.