The Canada-Israel story commenced prior to the establishment of the Jewish State. 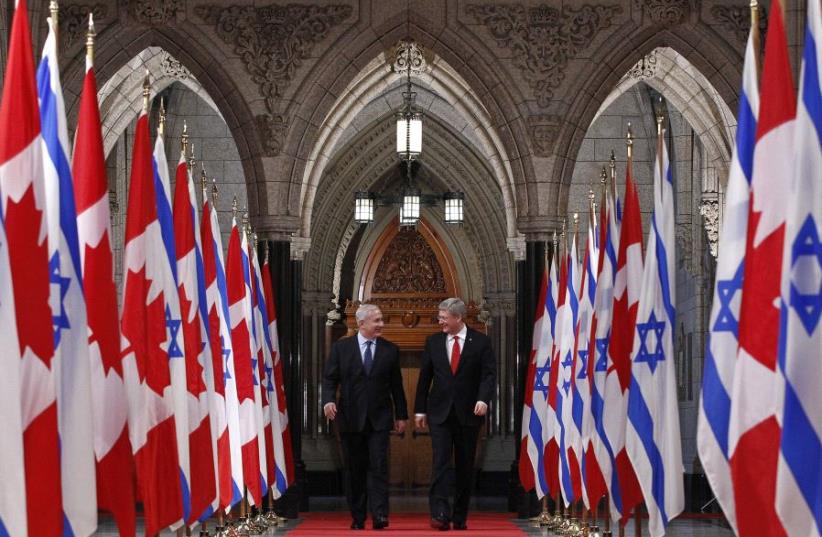 Canada's Prime Minister Stephen Harper (R) walks down the Hall of Honour with Israel's Prime Minister Benjamin Netanyahu on Parliament Hill in Ottawa March 2, 2012.
(photo credit: REUTERS/CHRIS WATTIE)
Advertisement
Canada will officially celebrate its 150th anniversary on Saturday, marking 150 years since the confederation of Canada in 1867. For the last 69 years, Canada has proved itself to be a close friend and ally of Israel.Today, Canada is home to 385,000 Jews, with the community's origins dating back 250 years, and the Maple Leaf nation has strong bilateral ties with Israel. 20,000 Canadian citizens currently live in Israel.The Canada-Israel story commenced prior to the establishment of the Jewish state. In 1947, Canada was one of eleven nations that made up the United Nations Special Committee on Palestine. Established in May, the committee's September report supported the termination of the British mandate in Palestine and proposed the famous partition plan that would be adopted by the United Nations General Assembly on 29 November 1947.Canada, alongside 32 other countries, voted in favor of the partition proposal, Resolution 181, to gradually withdraw British forces from Mandatory Palestine and create independent Arab and Jewish states. Whereas the plan was joyfully welcomed by Jews in Palestine and around the world, Arab leaders immediately rejected the resolution. 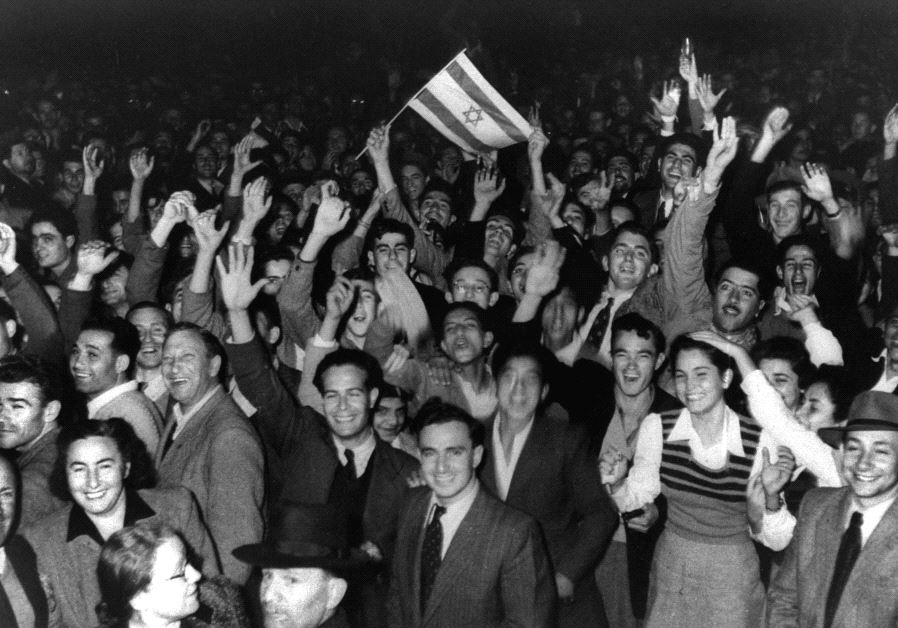 Jews celebrate in the streets of Tel Aviv moments after the United Nations voted on November 29, 1947, to partition Palestine which paved the way for the creation of the State of Israel on May 15, 1948.In December 1948, Canada granted de facto recognition to the nascent Jewish state and full de jure recognition in May 1949 when the State of Israel was admitted into the United Nations at its second attempt. Israel's application for membership in 1948 failed to win necessary support in the Security Council.The Canadian Embassy in Israel opened its doors only a few years later in September 1953. That same month, Michael Comay was appointed as Israel's first Ambassador to Canada. Comay would go on to enjoy a distinguished career as one of Israel's most influential and distinguished diplomats.In May 1961, David Ben-Gurion became the first Israeli Prime Minister to officially visit Canada. The premier's previous visit to Canada was over 40 years earlier when stationed as a soldier in the Jewish Legion of the British Army in Nova Scotia. In the late 1970s, Canada played a low-profile but important role in encouraging peace negotiations between Israel and Egypt. Israeli Prime Minister Menachem Begin stopped in Canada to meet with Canadian premier Pierre Trudeau in 1977. The negotiations came to a successful conclusion when the Egypt-Israel Peace Treaty was signed at the White House in 1979.During the 1991 Gulf War, in which Israel was targeted by Iraqi missiles, Canada underlined their support for Israel by joining the US-led coalition against Iraq.The following decades witnessed cordial although unspectacular diplomatic relations between the two countries. In 1997, the Canada-Israel Free Trade Agreement (CIFTA) was signed, considerably strengthening bilateral trade links.There was a considerable uptick in diplomatic relations following the election of Stephen Harper as Canada's 22nd prime minister. During a visit to Israel in 2014, Harper, who was considered one of the world's most pro-Israel leaders during his premiership, addressed the Israeli Knesset stating that "through fire and water, Canada will stand with you." 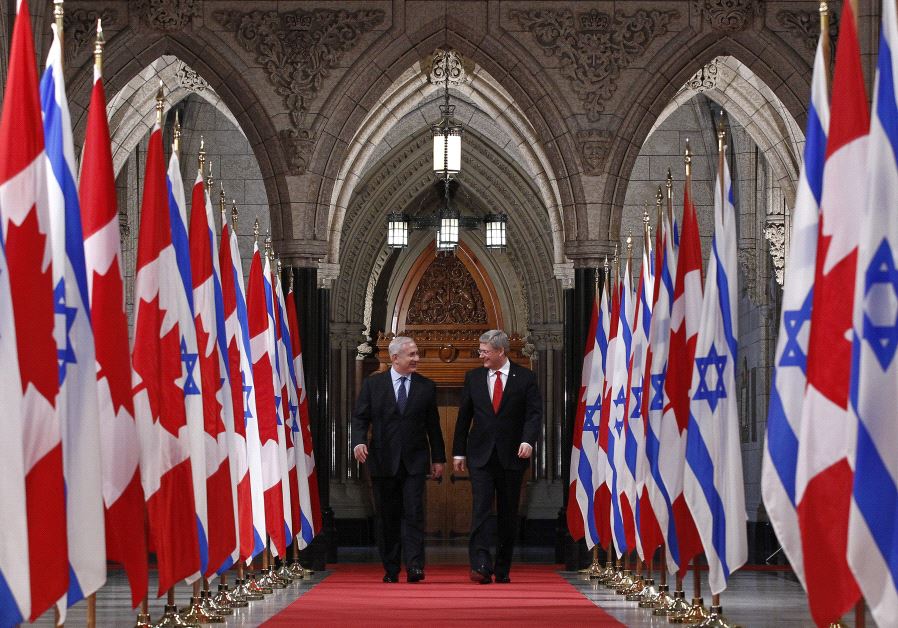 Canada's Prime Minister Stephen Harper (R) walks down the Hall of Honour with Israel's Prime Minister Benjamin Netanyahu on Parliament Hill in Ottawa March 2, 2012. (Reuters)Relations have remained strong since Prime Minister Justin Trudeau's surprise election victory in 2015. The Canadian leader held a meeting with Prime Minister Benjamin Netanyahu in Israel in 2016 when he attended and led a large delegation to the state funeral of former Israeli prime minister and president Shimon Peres.As Israel wishes Canada a "Happy Anniversary" on Saturday, it looks likely that the close relationship between the two countries will continue for many more years.