Special: Chasing the shot, attempted assassination seen through the lens 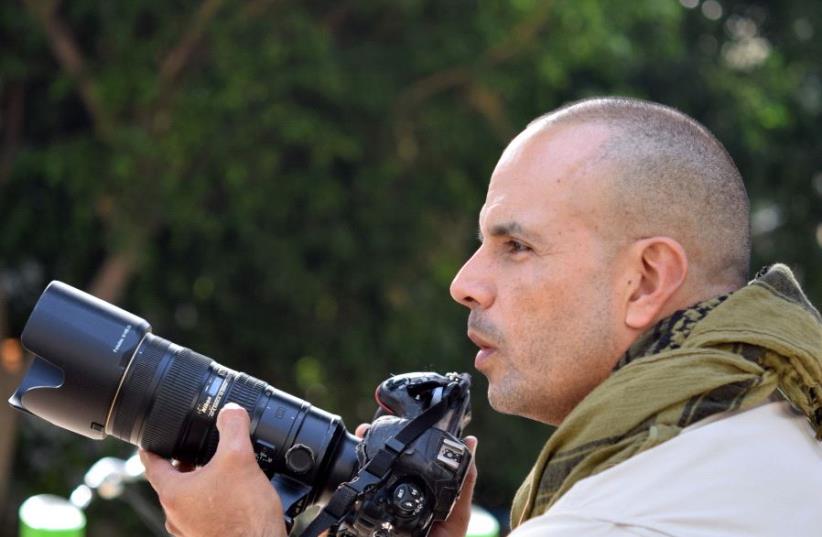 million eyez chief photographer Essdras M Saurez and his camera
(photo credit: MILLION EYEZ)
Advertisement
It's very rare in the life of a journalist that a news event of international scope unfolds at your doorstep. But that's exactly what happened this week to pulitzer prize winning photojournalist Essdras M Suarez. The rifle shots that wounded House Majority Whip Steve Scalise and others on Wednesday sparked the veteran photographer into action and gave the world some of the first images from the scene.
In a special cooperation between The Jerusalem Post and million eyez, Suarez, who is the photo-sharing site's chief photographer, recounts the dramatic minutes chasing the shot and offers never before seen images from the scene.  We live about two soccer field across from where the shooting took place in Northern Alexandria, roughly about 10 clicks away from the US Capitol.On June 13th, shortly after 7AM and while we were still in bed, my wife and I heard a series of loud booms rang nearby. She, who is also a journalist, said to me, "I think those are shots."  I dismissed her at first and said to her, " No way, nothing like that happens in our neighborhood." But then when the tempo of the booms changed and we started hearing different bang noises, I realized these were indeed shots.I immediately ran to get my photo gear. But much to my chagrin, I quickly realized it was all packed away. I'd forgotten, I was leaving to Ecuador later on this day to teach a couple of photoworkshops so every one of my cameras and lenses had been put away.
via million eyez
I frantically unpacked the gear and assembled it. Got my big telephoto lens and a monopod. I ran to the rooftop of our five- story building only to realize I had no clear line of sight to where the patrols, fire trucks and ambulances were gathering because of the foliage of the trees.I ran down to street level as emergency medical personnel and LEOs (law enforcement officers) vehicles kept rushing by.Because of my experience in situations like this, I knew I wasn't going to get closer at street level since most likely police would've already closed E Monroe St, where the baseball field where the shooting happened, is located.
via million eyez
So instead I ran up to a nearby overpass and just as I looked to my right I caught a glimpse of a wounded man being wheeled on a gurney toward a helicopter.I just had enough time to point my camera in that direction. There was still a lot of shrubbery and trees blocking my view.  But in between these and beyond a chain link fence surrounding an adjacent field. I caught glimpses of the man on the gurney.  Even though, I had a 500mm with me it was still a long shot to where things were happening.  So I made a few frames and prayed these were sharp.
via million eyez
My view was blocked again and I couldn't see when they reached the helo. But I could hear the whine of the engines increasing. I estimated the general direction where the shopper might be lifting from and I was able to get a couple more shots of the helicopter banking away.At that point, I knew that part of the story was done so I climbed a bit higher on the overpass and got some shots of the scene and of another helicopter from the Park Police taking off.By looking at the behavior of first responders and LEOs, I could tell the scene was no longer "active."I made the decision that the most important thing was to move the images. So I left and ran home and within 30 min after that, the images were being moved worldwide ."These photos were provided exclusively to The Jerusalem Post through million eyez, an Israeli-based photo-sharing service that's re-shaping media storytelling.
Essdras M Suarez, who won the world's most prestigious photojournalism awards for his work on the Colombine shooting and the Boston Marathon bombing, is million eyez's chief photographer and mentor. He is one of many who are contributing to the thousands of outstanding photographs on the site.Anybody can join million eyez for free and have their work featured in The Jerusalem Post and other publications.