Ukrainian President Petro Poroshenko said Gazprom had no right to suspend its contracts, and he expected them to remain in force. 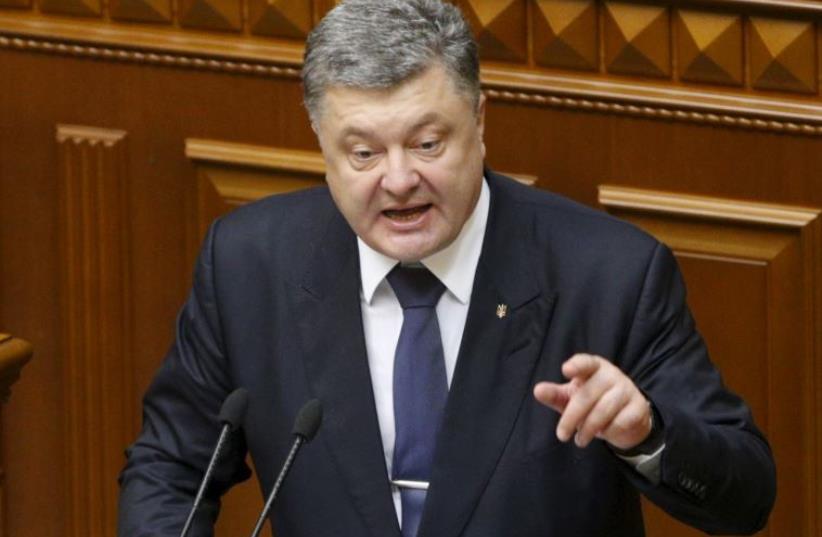 Ukrainian President Petro Poroshenko
(photo credit: REUTERS)
Advertisement
MOSCOW/KIEV - Russia's Gazprom said on Friday it would terminate its gas contracts with Ukraine after it lost a court case, escalating a dispute which has left Ukraine struggling to stay warm and which the EU said could threaten gas flows to Europe.A Stockholm arbitration court ordered Gazprom this week to pay more than $2.5 billion to Ukrainian energy firm Naftogaz - a ruling meant to conclude a long legal battle that has run alongside Ukraine's broader political stand-off with Russia.But after the court decision, Gazprom did not restart gas supplies to Ukraine as expected on Thursday, forcing Kiev to take emergency measures to make up for the shortfall and warn that transit flows to Europe were at risk.To make up for the lack of supplies from Russia, Kiev has suspended lessons at schools, universities and kindergartens until next week, switched power stations from gas to fuel oil and bought extra gas from Poland.Ukrainian President Petro Poroshenko said Gazprom had no right to suspend its contracts, and he expected them to remain in force. The moves showed that the Russian gas giant was not a reliable supplier, he said.The threat of a supply cut to Europe comes as the continent has been hit by a record-setting cold spell, driving up demand.In a statement, Gazprom CEO Alexei Miller said the court's ruling meant the company's gas deals with Ukraine would no longer be commercially viable, so it had no choice but to ask the court to terminate them."Gazprom had to immediately start the procedure of the termination of the contracts with Naftogaz on gas supplies and transit at the Stockholm arbitration court," Miller said.Naftogaz declined immediate comment on the decision.