Remarks come just hours after police raided 8 properties in Berlin that they suspect were being used by Islamists supporting fighting in Syria. 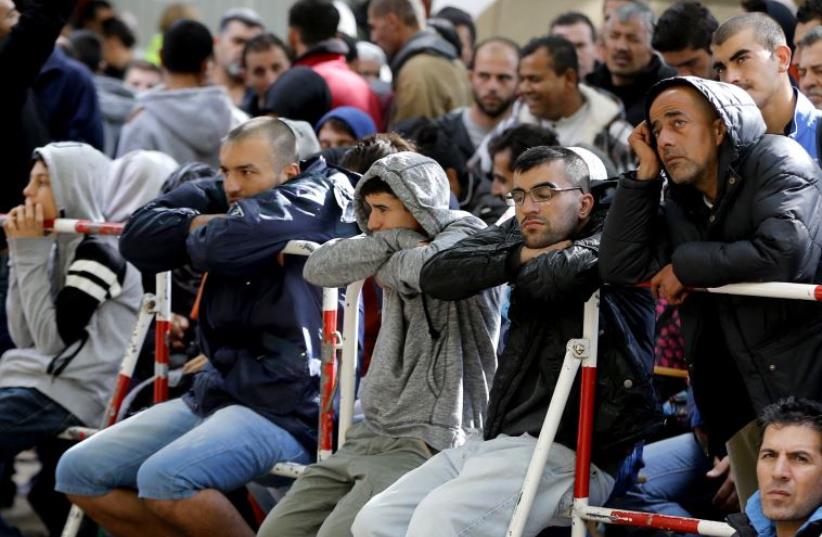 Migrants queue at the compound outside the Berlin Office of Health and Social Affairs as they wait for their registration
(photo credit: REUTERS)
Advertisement
BERLIN - The head of Germany's domestic intelligence services warned on Tuesday that radical Islamists could seek to recruit young refugees coming to the country."There is a big worry that Islamists in Germany, on the pretext of offering humanitarian help, could try to take advantage of the migrants' situation to convert and recruit those seeking asylum," said Hans-Georg Maassen, the president of the BfV domestic intelligence agency."Our attention is particularly focused on unaccompanied young refugees who could be easy prey for Islamists," Maassen said.The remarks came just hours after police raided eight properties in Berlin, including a mosque association, that they suspect were being used by Islamists supporting fighting in Syria.The comments will also feed into a divisive debate in Germany about how the country should deal with an influx of hundreds of thousands of migrants.Maassen said that the number of ultra-conservative Salafist Muslims in Germany had risen to 7,900, compared with 7,500 in June. Some 740 Islamists from Germany, of which a fifth are women, have traveled to Syria and Iraq.One third of those are now back in Germany, while 120 have died. Maassen said that there was no proof yet that Islamists had infiltrated the refugees.