Gibraltar: Solid as a rock

Gibraltar is a self-governing and self-financing parliamentary democracy within the European Union and a British Overseas Territory. 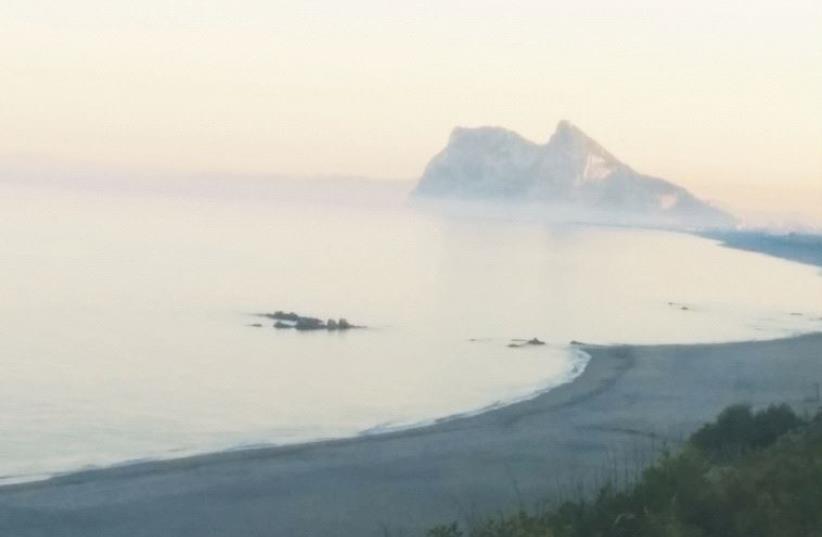 Gibraltar
(photo credit: AYA MASSIAS)
Advertisement
At the mouth of the Mediterranean Sea stands the Rock of Gibraltar. In ancient times it served as a warning beacon to traders and explorers. The warning was stark: There is non terrae plus ultra (“no land farther beyond”); you have reached the end of the world, and it would be wise to turn back.

Today, however, those entrepreneurs who are not afraid of that which lies beyond, forward-looking men and women who are happy to ride the waves of change at the vanguard of the crypto-revolution, many of whom hail from Israel, are flocking to the Rock of Gibraltar and not turning back. Rather than a warning beacon of impending doom, Gibraltar is placing itself as a very safe port of call for entrepreneurs and investors, a safe haven that understands their needs and is at pains to engender a regulated but practically minded base for their new technology-driven businesses.

Gibraltar is a self-governing and self-financing parliamentary democracy within the European Union and a British Overseas Territory. It is relatively prosperous thanks to a highly diversified economy based on e-gaming, financial services, shipping and tourism. Following on from its success as a pioneer in the e-gaming market, the jurisdiction’s developmental focus has in recent years shifted toward creating a reliable, regulated and trustworthy fintech hub. Indeed, steps have been taken to achieve this. With the first shoots of success now sprouting, the larger, more torpid jurisdictions are watching developments in Gibraltar in order to plan their next move.

The Financial Services (Distributed Ledger Technology Providers) Regulations 2017 provided the world’s first regulatory and licensing framework for companies using DLT to transmit and store the electronic assets of their customers. The aim of this regime is to encourage innovation and business in the sector but under a robust but flexible regulatory regime that will provide comfort to investors and consumers. The regulator, the Financial Services Commission (FSC), therefore advocates a flexible and adaptive approach based upon the application of universal principles rather than rigid, anti-business rules.

The Regulations, in turn, provided the background for the launch in January 2018 of the GBX, which is both an institutional-grade digital asset exchange (GBX-DAX) and a token-sale platform (the GBX-Grid). The GBX is a nifty exchange platform which itself has passed the regulatory tests expected of all other DLT companies before its launch. It operates under the GSX’s EU-approved licence and boasts a high-performance matching engine, a highly liquid order book covering multiple global digital assets, bank-level data encryption and dynamic authentication and an easy-to-use interface (with one account access and dedicated app), which is supported 24/7 by a knowledgeable customer service team. Multiple fiat currency onboarding is available in US dollars, euros or pounds.

The first few months of its online life have seen the public launch of a number of funds, token and coin offerings, many with an Israeli nexus. Have a look for yourselves at www.gbx.gi.

Special mention must be given to the fund market, which is very well established in Gibraltar, having been a regulated form of investment for almost 20 years. The required expertise is there, meaning that the move toward funds that invest in or deal with digital assets and currencies (which is a growing market) is one that the jurisdiction is well prepared to handle.

But Gibraltar wants to be more than just a tech-friendly jurisdiction. It wants to act as a congregation point for the serious players in the business, those who are willing to move digital asset investment into the mainstream and establish these as credible and trusted alternative investments to a more risk-averse set of investors who intrinsically value regulation and quality control.

We are proud to say that dialogue among the government, the Regulator and the industry is very good and progress is, in essence, industry driven. By design, Gibraltar is developing the kind of dynamic ecosystem that will breed further developments and innovation. The Gibraltar Association for New Technologies has been set up to create an effective and collaborative forum for discussion of key issues within the sector. Blockchain meet-up events are convivial and common, and Gibraltar plays host to numerous conferences involving some of the sector’s most forward-thinking luminaries. In all this, the government of Gibraltar, the FSC, the stock exchange and all key players are listening, dialoguing and adapting to the needs of those who want to do quality business in Gibraltar.

It does seem that the entire jurisdiction is moving together toward a shared crypto-friendly future, but where is this future immediately leading us? The answer lies in the introduction of further complementary but distinct regulatory regimes for ICOs and STOs. Regulations pertaining to the promotion and sale of such assets and their secondary markets are said to be in an advanced stage. These hope to do for token offerings what the DLT Regulations have done for the platforms in which they are traded, by helping create a regulated market capable of providing consumers with the comfort they require to invest in tokens. The regulated trading of security tokens, an asset that is considered to be the next big growth area, is of special excitement, given that Gibraltar would be the first regulated exchange to list these for trade by the general public. Talk of expanding into cryptocurrency-based lending platforms is also an indication of the uncharted waters the jurisdiction is willing and able to tread.

While the larger jurisdictions continue to hesitate on how to live with, present and regulate digital assets and platforms, Gibraltar is forging ahead and is confident, as a result of its regulatory tools, that it can navigate through what lies beyond the purported edge of the financial world. Join us and get a head start on the rest with your digital asset business. RSM Gibraltar will be there to guide you safely into port.

The writer is the CEO of RSM Gibraltar.