Around 5000 men who were convicted of homosexuality during the Nazi-era are still alive today. 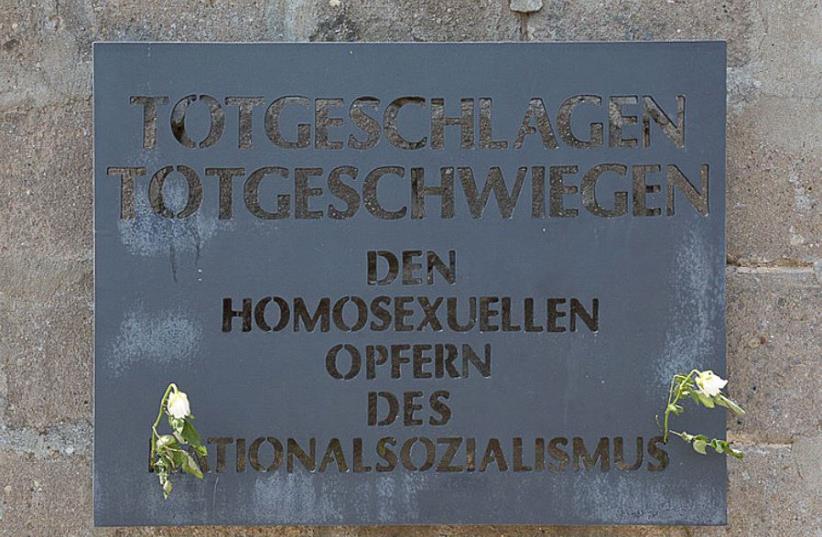 Memorial plaque at Sachsenhausen Concentration Camp
(photo credit: WYRDLIGHT.COM/WIKIPEDIA)
Advertisement
Legislators in Berlin will move to erase the convictions of 50,000 men convicted of homosexuality during the Nazi-era in Germany on Wednesday, AFP reported.The legislation is set to be approved by Chancellor Angela Merkel's cabinet before a vote in the parliament.This move is a triumph for activists after decades of struggle to clear gay men who held a criminal record under Article 175.Around 5,000 of those men are still living.Justice Minister Heiko Mass said, "we can never completely erase the travesty of justice, but we want to rehabilitate the victims."In October, Britain approved the "Turing Law" which offered to pardon thousands of men who were convicted on the charge of homosexuality until in 1967 it was decriminalized. Alan Turing was prosecuted under the law in 1952 and following chemical castration, committed suicide two years later.Article 175 in Germany made illegal "sexual acts contrary to nature... be it between people of the male gender or between people and animals". Sexual relations between women was not explicitly labelled as illegal. The law originated from 1871 but was strongly enforced under the Nazis. The German Government in 2002 introduced legislation which overturned convictions during the war but did not include those convicted after the war while Article 175 was still upheld.