Reuters photographers choose their favorite images from the past year and explain the story behind the picture. 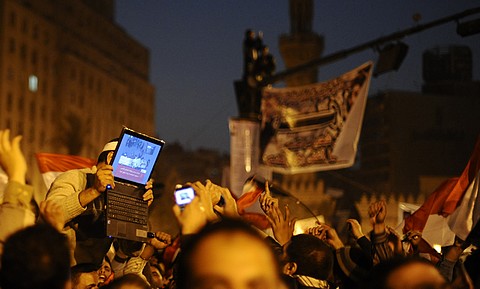 Photo; REUTERS/Dylan Martinez
Dylan Martinez recalls the celebrations in Tahir Square, Cairo, after Egypt's president Hosni Mubarak resigned, “You know how some days will stay with your forever? Well on February 11, 2011 I could tell you what I had for breakfast and what socks I was wearing (and not just because I am a creature of habit). What a day and what a night that was says Martinez. I had been in Egypt for a couple of wonderful, stressful, beautiful and crazy weeks and was out shooting when our editor Steve Crisp called saying there were more rumors that President Hosni Mubarak was actually about to quit and I should hurry to Tahrir Square. Lucky, lucky, lucky me, I was only a couple of minutes away. What was not so lucky was when I arrived in Cairo custom officials had confiscated most of my kit – leaving me with a small camera and a 50mm lens. Fortunately, says Martinez, Steve had graciously lent me a couple of bodies and lenses but between us we had no flash gun.Anyway as most of the world was waiting for Mubarak to step down I watched nervously as the light disappeared faster than a neutrino in a Swiss lab. So when the news finally broke that Mubarak had gone I had to find light – there was none, he remembers. A temporary power cut made the street lights (my savior on many a previous night) redundant. I watched as all these jubilant protestors jumped and hugged and kissed and prayed and there was nothing I could do except weep as I shot too many unusable muzzy images. I was living my recurring nightmare he says. Thankfully, soon the power came back and patches of light appeared. I saw this guy holding a computer aloft like it was the World Cup and chanting “internet, internet…” I took a lot of frames that night but this one seems to tell the story of what had become known as the “facebook revolution” 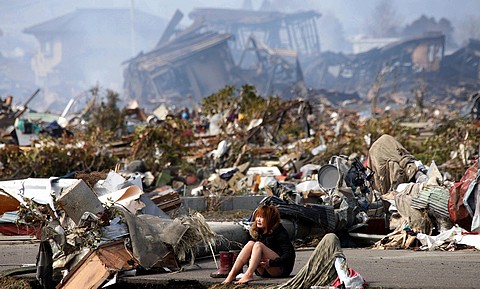 Photo; REUTERS/Asahi Shimbun
Ashai Shimbun remembers the moment she captured the sorrow of the region in one photograph, “I headed to the Yuriage district of Natori city in Miyagi prefecture just two days after the March 11 earthquake and tsunami struck northeastern Japan says Shimbun. The tsunami had destroyed buildings and left water everywhere. Smoke still hung over the smoldering ruins. I met Akane Ito amid the rubble as she sat crying on the side of the road, from where she should have been able to see her house says Shimbun. The tsunami had washed away her home together with the memories and her pet, which was family to her. It is not easy to photograph those in tears, but I took the picture as I felt it represented the sorrow the entire region was experiencing. I feel honored if readers were able to feel part of this sorrow. What I want to be able to do is to allow our readers to see what is taking place in the disaster-hit areas. I also sincerely wish for a swift recovery in the disaster-hit areas.” 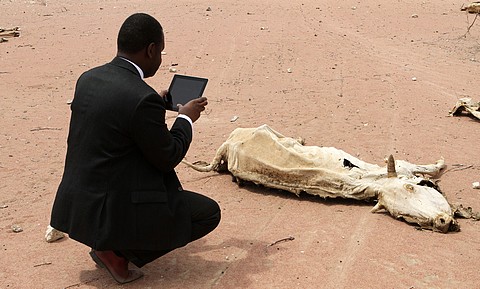 Photo; REUTERS/Stringer
Stringer tells of the odd photograph he stumbled upon in Kenya, “I almost didn't take the photograph he says. I'd been walking through a remote Kenyan village near the border with Somalia shadowing a group of United Nations bosses who were there to see the impact of the recently declared Somali famine and region-wide drought. I'd become tired of such trips over the years, which I blogged about for Reuters here, and was particularly struck that day by the often surreal nature of the African aid circus remarks stringer. When I saw this official dressed in a suit and using an iPad to film a dead cow, I just stood and stared, pretty sure I had rarely seen anything so strange and incongruous, such an odd meeting of a world filled with ultra-modern developments and one trapped in a cycle of age-old problems. I finally snapped the picture just seconds before the man stood and caught me standing behind him says Stringer.” 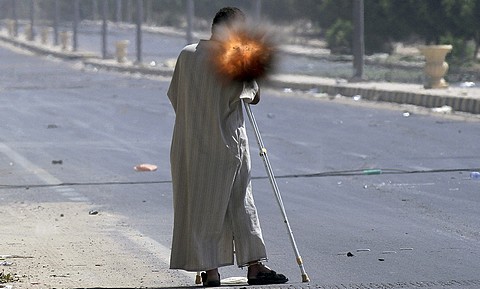 Photo; REUTERS/Anis Mili
Anis Mills on the moment she snapped a rebel firing a rocket propelled grenade in Libya, “I took this picture when I was with the rebels fighting Gaddafi’s troops, about two miles from the city of Sirte, says Mills. I was mindful of what was happening, when I saw a man carrying an RPG. I was surprised by the courage of the man which insisted on fighting to win his freedom.” 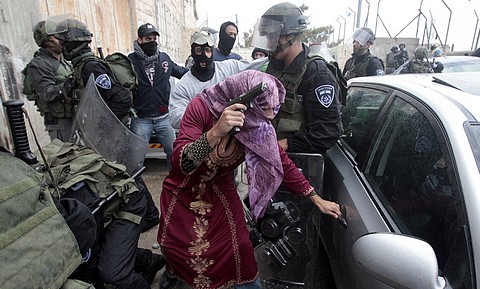 Photo; REUTERS/Baz Ratner
Baz Ratner recalls the unrest in east Jerusalem that led him to photograph the undercover Israeli officer pictured, “On May 15 clashes broke out throughout the West Bank and Jerusalem on Nakba Day. I was assigned to the Shuafat refugee camp in east Jerusalem, where Palestinian youths were throwing stones at security forces. Police retaliated by firing rubber bullets and tear gas at the protesters says Ratner. After several hours, police charged, scattering the Palestinians. Down a side alleyway, I saw riot police and a group of about ten masked men and a woman - all armed with pistols - detaining a few Palestinians he remarks. In the next few seconds I took pictures of a male undercover officer dressed as a Palestinian female holding a pistol. He jumped into a vehicle, leaving the detained protesters to the armored riot police.”