Deputy National Security Advisor Ben Rhodes said the agreement has been fully implemented by Tehran and is widely favored by the Iranian public. 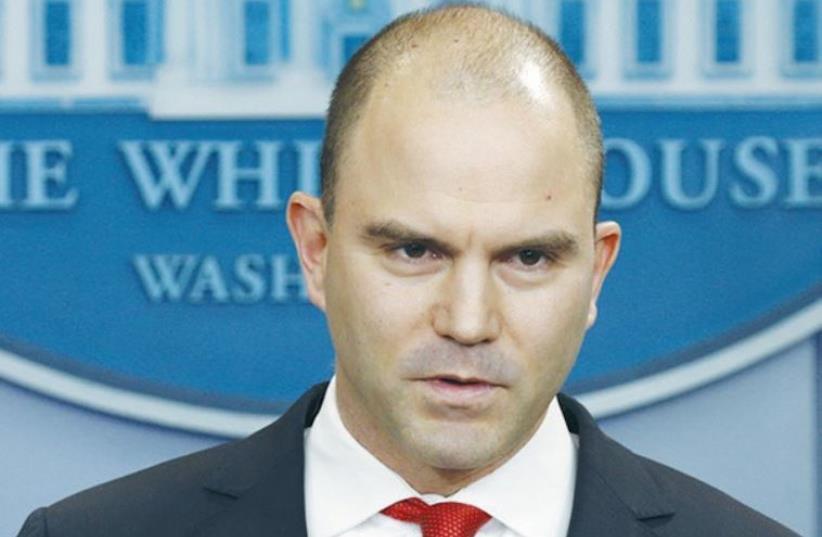 BEN RHODES
(photo credit: KEVIN LAMARQUE/REUTERS)
Advertisement
WASHINGTON -- Iran has not altered its posture on the global stage despite, over a year and a half ago, choosing to alter the nature of its controversial nuclear program, a senior White House official said on Thursday.Deputy National Security Advisor Ben Rhodes, a close confidante of US President Barack Obama and a chief architect behind the sale of last year's landmark nuclear deal with Iran, said the agreement has been fully implemented by Tehran and is widely favored by the Iranian public. Offering a timeline of how negotiations started in a speech to The Iran Project– a non-governmental organization which favored the deal– he asserted that Obama was consistent, from the start of his presidency, in his intention to negotiate a settlement with Iran on the nuclear issue regardless of the contortions of the current government.Rhodes emerged for the speech after enduring a storm of critical media coverage, some of which alleged he had intentionally misled journalists in his sale of the deal. He briefly alluded to those articles, stemming from a profile in New York Times Magazine, but also offered his analysis on the impact the nuclear deal will have on broader relations with Iran."Many other aspects of Iranian behavior– and US-Iran relations– remain unchanged," Rhodes said. "Iran has not ceased its support for terrorist organizations like Hezbollah or its threats toward Israel. Iran has continued to test ballistic missiles. From Iraq to Yemen, Iran has continued to engage in destabilizing support for proxy organizations. "Despite the diplomacy that has brought Iran into discussions about resolving the Syrian civil war, Iran continues to be one of the chief sponsors of an Assad regime that brutally murders the Syrian people," he continued. "In short, Iran’s approach to its nuclear program has changed, but thus far, its broader foreign policy– and the nature of its regime– has not."But Rhodes reiterated a longstanding line from the White House: That the nuclear deal was never about changing Iran's system of government, about its broader foreign policy, or about rapprochement."Some argue that means the deal wasn’t worth it. We would argue the exact opposite," he said. "Isn’t it better when a government with a ballistic missile program that supports terrorism doesn’t have a nuclear weapon? The Iran Deal stopped the spread of nuclear weapons to the world’s most volatile region, and prevented a possible war.Rhodes addressed the comparisons between the president's efforts to "open" relations with Cuba and Myanmar and his efforts with Iran, noting some suitable parallels but overall concluding that the policies are not analogous."Myanmar decided to change the nature of its own government. Cuba decided to change the nature of its relationship with the United States. Iran decided to change the nature of its nuclear program," he said. "In that regard, while the nuclear deal is enormously consequential, the broader progress with Iran is the most limited."The greatest test of whether Iran is willing to shift its foreign policy lies in Syria, where constructive engagement to resolve the conflict "has not been forthcoming," Rhodes said. But relations between the two foreign ministries make constructive engagement possible, he added, where it would not have been before Obama took office.