Shishani, also known as Omar the Chechen, ranked among America's most wanted militants under a US program that offered up to $5 million for information to help remove him from the battlefield. 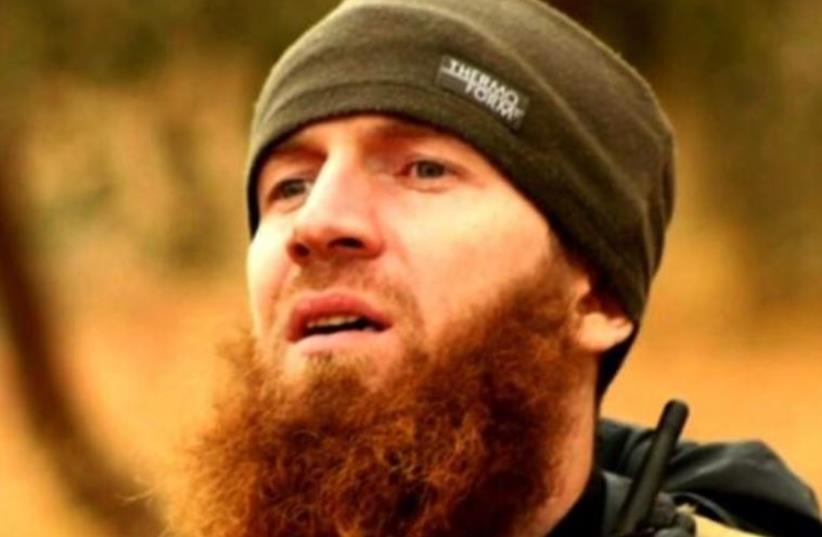 Abu Omar al-Shishani
(photo credit: IRANIAN MEDIA)
Advertisement
BAGHDAD - Abu Omar al-Shishani, who the Pentagon described as Islamic State's "minister of war", was killed in combat in the Iraqi city of Shirqat, south of Mosul, a news agency that supports the militant group said on Wednesday.The Pentagon said in March that Shishani had likely been killed in a US air strike in Syria.Reuters could not independently verify the statement from Amaq, which Islamic State regularly uses to issue news and which denied Shishani's death after the Pentagon's claims in March.Iraqi forces are advancing towards Mosul, the largest city still under the control of Islamic State. They have mostly surrounded Shirqat, 250 km (160 miles) north of Baghdad, and last week retook a major air base from the militants to use in the main push on Mosul, 60 km further north.Shishani, also known as Omar the Chechen, ranked among America's most wanted militants under a US program that offered up to $5 million for information to help remove him from the battlefield.Born in 1986 in Georgia, then still part of the Soviet Union, the red-bearded Shishani had a reputation as a close military adviser to Islamic State leader Abu Bakr al-Baghdadi, who was said by followers to have relied heavily on Shishani.