Eitan Zucker reportedly arrived in Greece for a series of important business meetings that were meant to set the stage for a new Israeli-Greek cooperative effort. 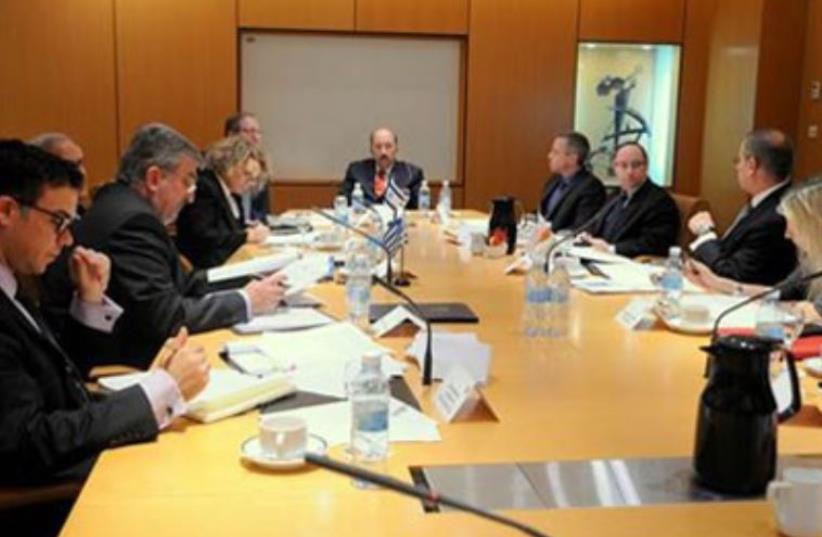 Trilateral consultations between Israel, Greece and Cyprus hosted by the Foreign Minister in Jerusalem
(photo credit: FOREIGN MINISTRY)
Advertisement
Israel Shipyards CEO Eitan Zucker, who traveled to Greece earlier this week in order to participate in several business meetings, was diagnosed with coronavirus, leading to three of Greek government ministers who met with him to enter quarantine, according to N12. The meetings Zucker was reportedly in Greece for were meant to set the stage for a new Israeli-Greek cooperative effort for building warships. Zucker was tested for coronavirus before departing Israel, but apparently did not wait the required 24 hours before leaving for Greece. On Thursday morning, he was notified that his test came back positive.According to N12, the Greek media reported that the ministers in question entered quarantine because of a meeting with a German businessman, presumably to avoid an embarrassing situation that would jeopardize the alleged warships deal it signed with Israel.Zucker on his part, claimed that everything was done according to procedures, but the Greek government was not convinced and the three ministers will stay in quarantine for the next couple of weeks.Israel Shipyards was founded in 1959 by the State of Israel with the purpose of building both military and civilian vessels. The company was privatized in 1995 and is considered one of the largest shipbuilding and repair facilities in the eastern Mediterranean today.