Lapid: Netanyahu’s ‘huge failure’ on handling Iran is why he must go

The Yesh Atid leader talks to the Post about politics, elections and God.

By GIL HOFFMAN
NOVEMBER 25, 2017 10:30
Yesh Atid chairman Yair Lapid
(photo credit: MARC ISRAEL SELLEM/THE JERUSALEM POST)
Advertisement
Yair Lapid believes the time has come for Prime Minister Benjamin Netanyahu to leave office – not because of alleged corruption, and not because he broke the Western Wall deal, but because he failed at his life mission.Lapid obviously rails against the alleged corruption, but he is waiting for an indictment, which could take time; and without seeing police recommendations to indict Netanyahu, he “does not want to be both judge and jury.”And obviously he wants the Kotel deal the government authorized to be implemented “word for word.”But Lapid says in an interview with The Jerusalem Post at his Knesset office that the reason he believes Netanyahu’s career must end immediately has to do with the three key issues every past and present Netanyahu underling will tell you the prime minister cares about most: Iran, Iran and Iran.“The main goals he set were stopping the nuclear deal, continuing sanctions and making sure the Iranians won’t have boots on the ground near our borders,” Lapid says. “These were Netanyahu’s biggest promises to the people of Israel. We have to admit they have not gone well.”It quickly became apparent why Iran was the one issue Lapid’s senior adviser insisted be on the agenda ahead of the interview, a text of which will be provided in full to ambassadors and other dignitaries attending the Jerusalem Post Diplomatic Conference at the Waldorf Astoria Jerusalem hotel on December 6.Lapid wants to be prime minister, and Israelis have been conditioned by Netanyahu for more than 20 years to believe that Iran is the issue prime ministers must deal with. Labor Party leader Avi Gabbay, by contrast, in a similarly lengthy interview for the conference, did not bring up Iran at all and steered the interview twice to Israel’s socioeconomic gaps instead.“With Iran and Syria, we see a nightmare being fulfilled,” Lapid says. “It’s a huge failure of this government’s foreign policy.”Lapid vigorously opposed the Iran deal, which was negotiated when he was in Netanyahu’s security cabinet.Like Netanyahu, he still believes it can be fixed and applauds the Trump administration’s policy change on the issue.“Trump was right about the need to tighten the screws on supervision and include Iran’s ballistic program,” Lapid says. “The president made clear the Iran deal doesn’t make the rest of what they’re doing kosher. Trump made clear the world should take action.” 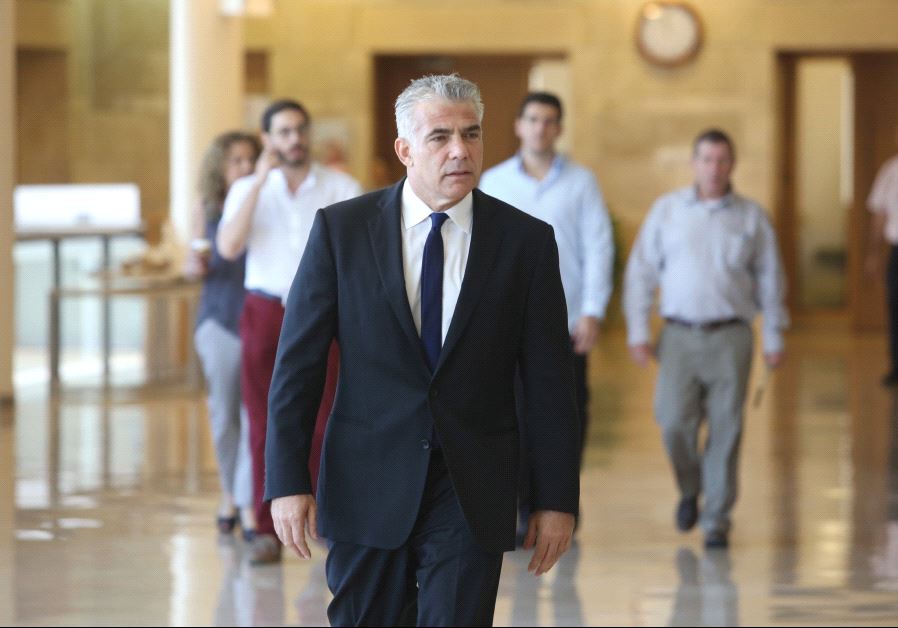