The pastor insists that Jewish influence and money were being used to destroy Christian culture and values globally. 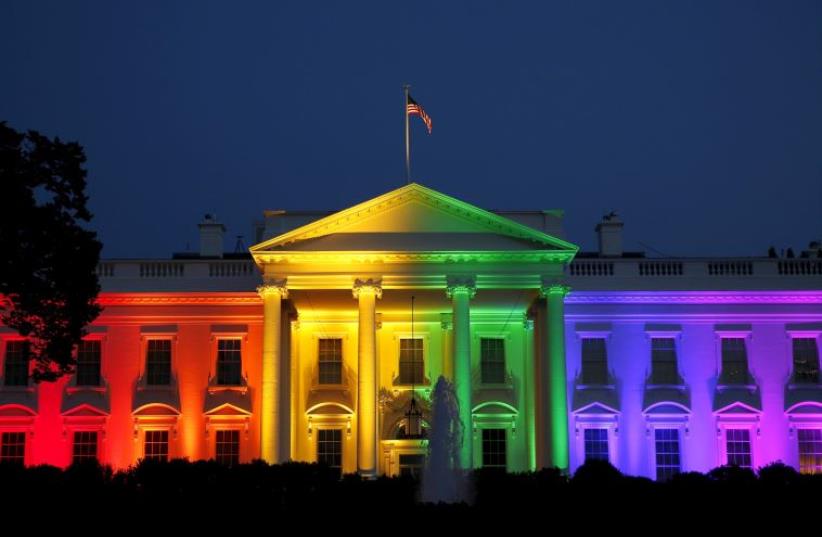 White House lights up after gay marriage ruling
(photo credit: REUTERS)
Advertisement
Mark Dankof, a Lutheran pastor and political activist, declared the Jews to blame for the Supreme Court's ruling on Friday which declared any law to ban gay marriage unconstitutional. Speaking to reporters from Iran's Press TV, Dankof insisted that Jewish influence and money were being used to destroy Christian culture and values globally. "It should not be ignored that the victories for abortion on demand and LGBT rights are reflective of the disproportionate influence of Jewish power, money, and activism in the United States," he declared.“The key Jewish role played in the mainstreaming of abortion, LGBT, and pornography in the United States may be documented in Google search, especially in looking at the Frankfurt School and its Institute for Social Research,” added Dankof.Dankof declared that Russian President Vladamir Putin is one of few national leaders who recognize the threat of Jewish power. “I believe Mr. Putin is a key ingredient in destroying this global threat, and restoring cultural integrity and national sovereignty to his country, and providing a model for defeating the Zionist agenda globally,” he concluded.Prior to the Supreme Court decision there were 13 states with official gay marriage bans in place. These bans have now been declared unconstitutional and same-sex couples will be allowed to marry freely across the United States. The ruling is the latest milestone in the gay rights movement. In 2010, Obama signed a law allowing gays to serve openly in the US military. In 2013, the high court ruled unconstitutional a 1996 US law that declared for the purposes of federal benefits marriage was defined as between one man and one woman.Reuters contributed to this report.
Sign up for our Christian World newsletter >>