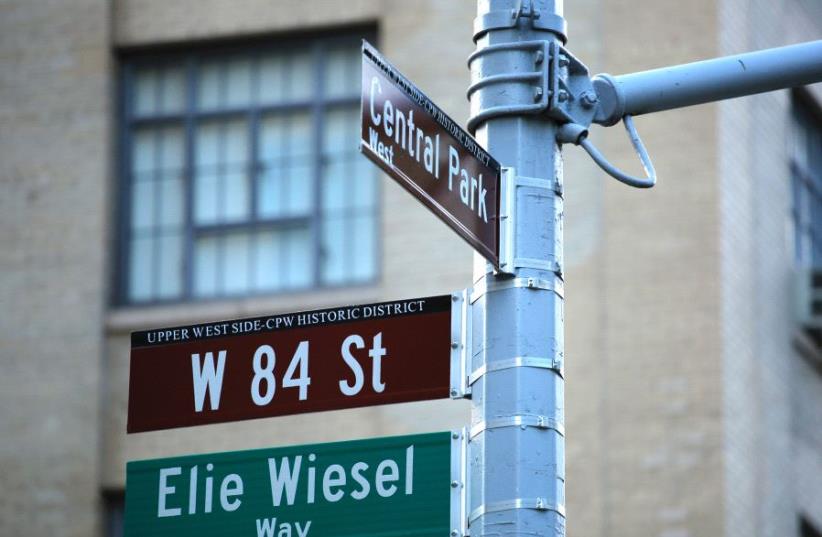 The street signs on the southwest corner of 84th Street and Central Park West are seen following a ceremony to permanently co-name the street with the late humanitarian and Nobel Peace Prize-winning name of Elie Wiesel, June 13, 2017 in New York.
(photo credit: KENA BETANCUR / AFP)
Advertisement
The southwest corner of 84th Street and Central Park West in New York will now be known as Elie Wiesel Way, honoring the Holocaust survivor, Nobel Peace Prize winner and celebrated author a year after his death.A moving ceremony to unveil the co-naming of the street on Tuesday was attended by dignitaries including New York Mayor Bill DeBlasio and members of the Wiesel family.Mayor DeBlasio praised Wiesel, a venerated advocate for human rights, as "perhaps the most eloquent voice for peace in our world," and added that "New York City is proud to honor his memory."

Elie Wiesel was perhaps the most eloquent voice for peace in our world. New York City is proud to honor his memory. pic.twitter.com/CNlCxSoqJg

Wiesel died in July 2016, age 87, following a prolonged illness. Born in 1928 in the Transylvanian town of Sighet, now part of Romania, Wiesel was deported to the Auschwitz concentration camp when he was only 15 years old. After the war, Wiesel put pen to paper and wrote about his harrowing experiences in Auschwitz and Buchenwald. His most celebrated work, 'Night', has been translated into more than 30 languages. 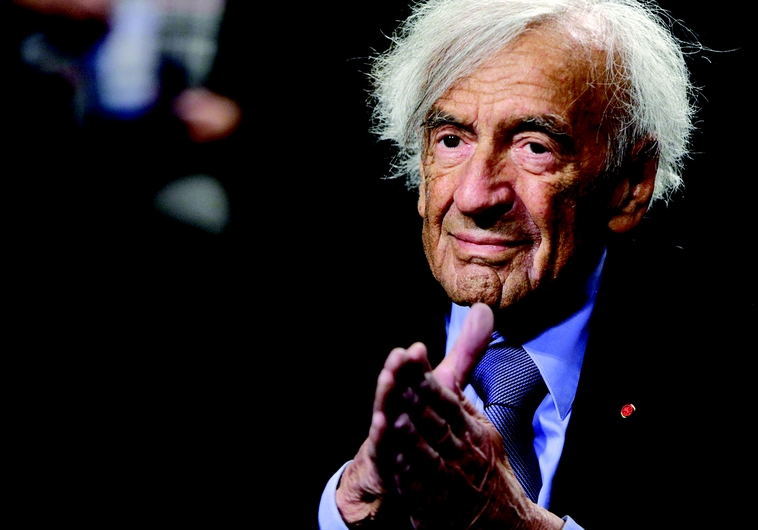 Nobel peace laureate Elie Wiesel (Reuters)
Wiesel was awarded the Nobel Peace Prize in 1986. Accepting the honor, Wiesel said, "I have tried to keep memory alive, that I have tried to fight those who would forget. Because if we forget, we are guilty, we are accomplices." Among others, he was also awarded the US Presidential Medal of Freedom in 1992 and an honorary knighthood by the British government in 2006.Called “the world’s leading spokesman on the Holocaust” by the Nobel committee, Wiesel dedicated his life to perpetuating the memory of the Holocaust and promoting Holocaust education, as well as “to combat[ing] indifference, intolerance and injustice through international dialogue and youth-focused programs that promote acceptance, understanding and equality,” according to his foundation.Elli Wohlgelernter contributed to this article.