On This Day: 12 Nazis sentenced to death in the Nuremberg Trials

On this day 75 years ago, October 1, 1946, a verdict was handed out at the conclusion of the Nuremberg Trials.

Adolf Hitler and two of his top associates had committed suicide before they could be brought to trial but numerous other high-ranking Nazis did stand trial.

Twelve creators of Nazi policy were sentenced to death. Seven others were sentenced to prison, with sentences ranging from 10 years to life. Three were acquitted, one of whom was a German politician who had played a key role in Hitler being appointed as chancellor in 1933.

Ten out of the twelve Nazis sentenced to death were hanged on October 16, and of the other two, one was condemned to death in absentia - a legal status imposed on an individual who has been missing for several years - and the other committed suicide before his execution with a cyanide capsule he had hidden in a jar of medication. 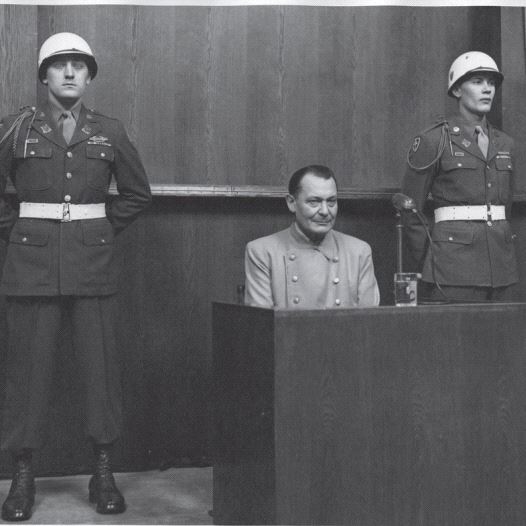 Hermann Goering, pictured at the 1945 Nuremberg Trials, was described by an American warden as a ‘simpering slob’ (credit: Wikimedia Commons)

The verdict was handed out after 216 court sessions over a span of 10 months, during which 22 of the 24 original defendants were charged. One committed suicide while in prison, and another's mental and physical condition prevented him from standing trial.

The trials of these former Nazi leaders trials were held in Nurnberg, Germany, where they were indicted and tried as war criminals by the International Military Tribunal.

They were all tried on four counts: crimes against peace, crimes against humanity, war crimes, and "a common plan or conspiracy to commit" the criminal acts listed in the first three counts.

The Nuremberg Trials marked the first time in history that people were prosecuted for crimes against humanity.