Orlando shooter's alleged lover says attack was out of revenge

“He hates gay Puerto Ricans for all the stuff they did to him.” 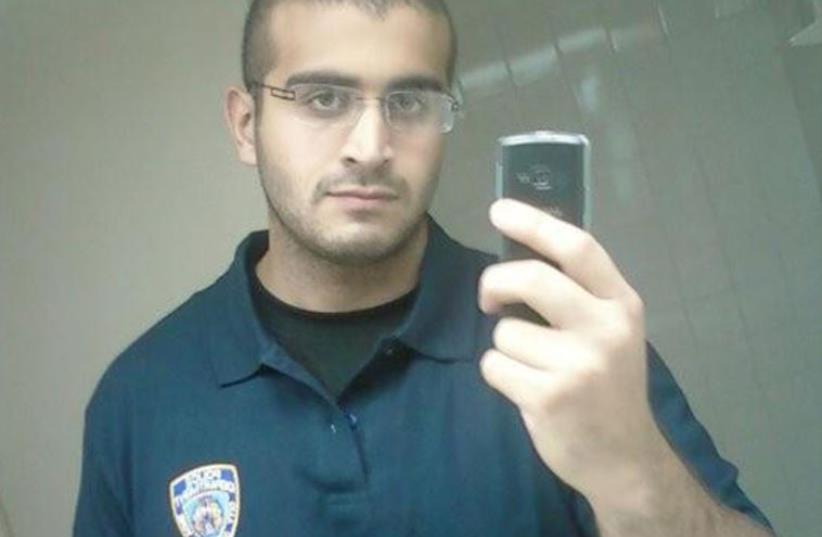 Omar Mateen
(photo credit: REUTERS)
Advertisement
A man who claims he was Orlando mass killer Omar Mateen’s gay lover told the Spanish language US television station Univsion that Mateen attacked the Pulse nightclub not as an act of terrorism but as an act of revenge because Mateen “hated” ­Puerto Ricans.In the interview with anchor Maria Elena Salinas, the man -- who went by the name "Miguel" to protect his identity -- said he first met Mateen on the gay dating app Grindr, and commented that the two had engaged in a sexual relationship that lasted two months.Miguel told Univision that the two had frequented the Orlando Ambassador Hotel during these two months. When asked to verify these encounters, Miguel said that the FBI pulled security footage that show Mateen at the hotel.Despite investigators saying Mateen called 911 and posted to Facebook to pledge his allegiance to ISIS during the rampage, Miguel claimed Mateen was acting out of revenge after being with a Puerto Rican man whom he later learned was HIV positive.“He hates gay Puerto Ricans for all the stuff they did to him,” Miguel said. “I believe this crazy, horrible thing he did was for revenge.”Miguel also shared that Mateen's second wife knew he frequented gay bars and described his marriage as a facade to hide his homosexuality. He added that during the two months that Mateen and Miguel were "friends with benefits," they discussed religion. "He said Muslim religion is a beautiful, beautiful religion, where everything is about love," Miguel said. "Everybody is welcome. Gay, trans, bisexual... everybody."Miguel contacted the FBI to report on his relationship with Mateen for fear that the authorities would seek him out at home. The FBI confirmed that it had interviewed the man.A US official working on the case previously told CBS News that club-goers have told investigators that Mateen frequented Pulse and other gay nightclubs prior to the night of the attack. Additionally, other media outlets have heard several stories of Mateen appearing at such gay nightlife scenes and conversing with men on gay dating apps.The FBI has begun an investigation into Mateen's alleged subscription to and use of popular gay-dating apps like the one he used to meet Miguel, Grindr, and others such as Adam4Adam and Jack'd, which may confirm the speculation over the gunman's sexuality.Though it is still possible that Mateen was acting only out of allegiance to ISIS, in an interview with CBS News, former senior FBI profiler Mary Ellen O'Toole, said "This to me suggests somebody that may have had sexual identity issues and may have actually been struggling with the idea that he himself was gay and that would add a different motive and a different perspective on the case," O'Toole said.