Race for US presidency set to expand exponentially 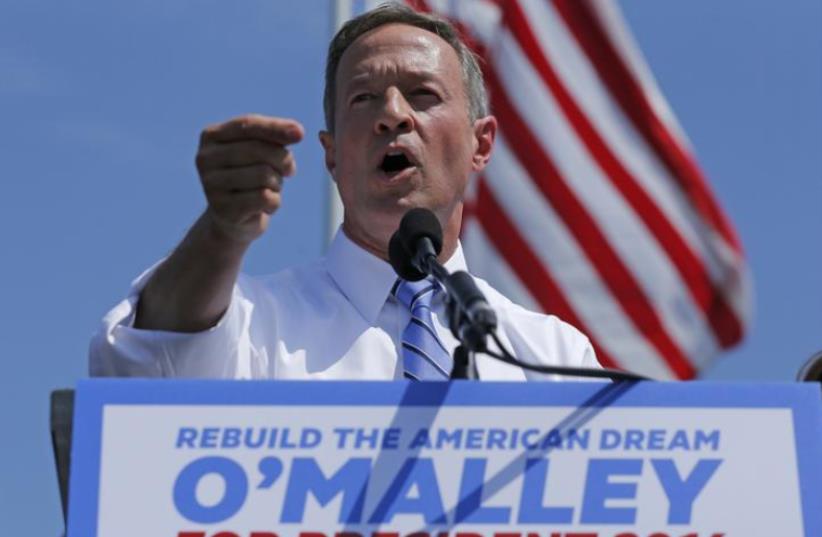 Martin O'Malley
(photo credit: REUTERS)
Advertisement
WASHINGTON – Martin O’Malley, former mayor of Baltimore and governor of Maryland, announced on Saturday he is running for the Democratic nomination for president.Speaking before a small crowd of supporters on his hometown’s Federal Hill, overlooking the Baltimore skyline, O’Malley, 52, attempted to distinguish himself as an alternative to Hillary Rodham Clinton, 67, touting “new leadership” as his slogan and referring to the Clintons as a “royal family.”He joins the Democratic race as only the third declared candidate.Early polls suggest O’Malley is little known by the American people and that support for his candidacy floats at around 1 percent of the electorate. A slightly higher figure accompanies the candidacy of Vermont Sen. Bernie Sanders, a socialist Independent also running against Clinton, whose lead is unprecedented at this stage in the race.The picture on the Republican side is far more complicated: The GOP field is expected to double to more than 16 candidates by the end of next month, to include current and former governors, mayors, senators, television personalities and corporate tycoons.The first contest of the 2016 race, the Iowa caucuses, is eight months away.