The Church not only did not take the necessary measures to prevent abuse but also turned a blind eye, failing to report abuse and sometimes knowingly putting children in touch with predators.

Monsignor Eric de Moulins-Beaufort, head of the French conference of bishops, said he and his fellow bishops wanted to express to victims their shame at the abuse revealed in the report.

An investigation into sexual abuse in the French Catholic Church has found that an estimated 216,000 children were victims of abuse by clergy since 1950, Jean-March Sauve, head of the commission that compiled the report, said on Tuesday.

A commission created to investigate sexual abuse in the French Catholic church has alerted state prosecutors about some of the cases it encountered, said Sauve.

The revelations in France are the latest to rock the Roman Catholic Church, after a series of sexual abuse scandals around the world, often involving children, over the past 20 years.

The abuse was systemic, Sauve said at a public, online presentation of the report.

The Church not only did not take the necessary measures to prevent abuse but also turned a blind eye, failing to report abuse and sometimes knowingly putting children in touch with predators, he said. 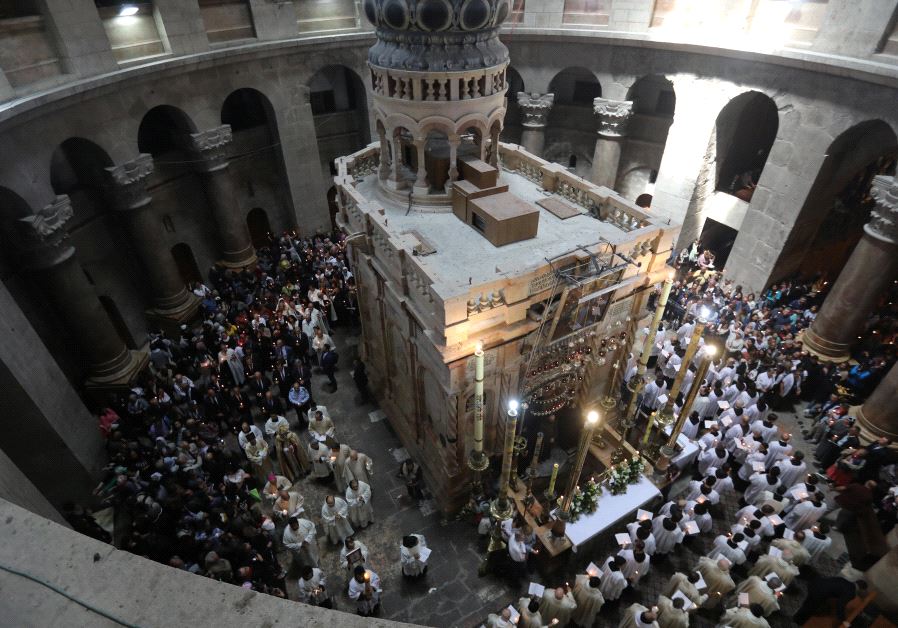 Christian worshippers in Israel surround the Edicule as they take part in a Sunday Easter mass procession in the Church of the Holy Sepulchre in Jerusalem's Old City (credit: REUTERS)

The commission was established by Catholic bishops in France at the end of 2018 to shed light on abuses and restore public confidence in the Church at a time of dwindling congregations. It has worked independently from the Church.

Sauve said the problem was still there. He added that the Church had until the 2000s showed complete indifference to victims and that it only started to really change its attitude in 2015-2016.

Sauve said the commission itself had identified around 2,700 victims, but that a wide-ranging study by research and polling groups had estimated that there had been around 216,000 victims. The number could go up further to 330,000 when including abuse by lay members.

"You are a disgrace to our humanity," Francois Devaux, who set up victims' association La Parole Liberee, told church representatives at the public presentation of the report, before Sauve took the floor.

"In this hell there have been abominable mass crimes ... but there has been even worse, betrayal of trust, betrayal of morale, betrayal of children," Devaux said, also accusing the Church of cowardice.