Ahead of AIPAC meeting, US Congress leaders express "deep concern" over flap.

By HILARY LEILA KRIEGER, JERUSALEM POST CORRESPOND
MARCH 20, 2010 18:53
US congressman steny hoyer 311
(photo credit: Courtesy of US Congress Web site.)
Advertisement
WASHINGTON – Top Congressional leaders express “deep concern” over the recent US-Israel row and call for the Obama administration to resolve differences with Israel “quietly” in a letter thousands of American Israel Public Affairs Committee activists will be urging lawmakers to sign this coming week.US House of Representatives Majority Leader Steny Hoyer (D-Maryland) and Minority Whip Eric Cantor (R-Virginia), joined by the bipartisan leadership of the House Foreign Affairs Committee and Middle East subcommittee, acknowledge differences in US and Israeli policy even as they reaffirm their commitment to Israel in the letter, addressed to US Secretary of State Hillary Clinton.“We recognize that, despite the extraordinary closeness between our country and Israel, there will be differences over issues both large and small,” they write. “Our view is that such differences are best resolved quietly, in trust and confidence, as befits longstanding strategic allies.Related:
Senators to Clinton: Solve crisis They continue, “We hope and expect that, with mutual effort and good faith, the United States and Israel will move beyond this disruption quickly, to the lasting benefit of both nations.”A similar letter will be circulated among US Senators, under the lead sponsorship of Barbara Boxer (D-California) and Johnny Isakson (R-Georgia). Its preamble urges the US administration to resolve differences with Israel “amicably and in a manner that befits longstanding strategic allies.”The diplomatic spat began when the Interior Ministry approved 1,600 housing units in east Jerusalem during US Vice President Joe Biden’s trip to the country last week. Prime Minister Binyamin Netanyahu, who said he was taken by surprise by the decision, apologized several times. After Biden acknowledged the apology and had returned to Washington, Clinton placed a nearly 45-minute call to Netanyahu registering American displeasure, calling on Israel to take steps to fix the problem and questioning Israel’s commitment to its relationship with the US due to a move she publicly called an “insult.” 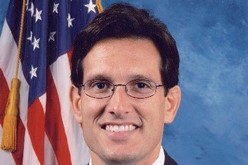 The flap has cast a shadow over AIPAC’s annual policy conference, which is designed to be a loud affirmation of the close US-Israel relationship.AIPAC activists will take to Capitol Hill on Tuesday to hold some 500 meetings with individual legislators at the tail end of the conference, which runs from Sunday through Tuesday, and will also press for swift passage of Iran sanctions and to back continued aid to Israel.Additional bipartisan letters to be lobbied for call on the administration to take greater action on Iran sanctions, warning that urgency is needed given Iran’s progress on its nuclear program.“We write you out of concern that Iran is growing ever closer to acquiring nuclear capability, a fact demanding immediate action. We want to assure you of strong bipartisan support for the tough and decisive measures that we hope you will undertake to address this grave problem,” Senators Charles Schumer (D-New York) and Lindsey Graham (R-South Carolina) say in their letter to US President Barack Obama.The companion letter by Representatives Jesse Jackson, Jr. (D-Illinois) and Mike Pence (R-Indiana), similarly pushes Obama to sign off on legislation that has been passed by both chambers barring refined petroleum from Iran, indicating it will shortly be reconciled and reach the president’s desk.“We urge you to move rapidly to implement your existing authority with Iran and the legislation we send you, and to galvanize the international community for immediate, devastating steps.”But the flare-up between the US and Israel has heightened the profile ofthe letters calling for support of the US-Israel relationship, which even the drafters imply has taken attention away from other pressing issues.“We are concerned that the highly publicized tensions in the relationship will not advance the interests the US and Israel share.  Above all, we must remain focused on the threat posed by the Iranian nuclear weapons program to Middle East peace and stability,” the House letter states.Both versions refer to the strong bond between America and Israel and the importance of the administration restating that commitment.“We are writing to reaffirm our commitment to the unbreakable bond that exists between our country and the State of Israel and to express to you our deep concern over recent tension,” the House letter reads.The authors note that “in every important relationship, there will be occasional misunderstandings and conflicts.”But they also point to acceptance of the Israeli government’s response to the crisis, saying, “We are reassured that Prime Minister Netanyahu’s commitment to put in place new procedures will ensure that such surprises, however unintended, will not recur.”Several Jewish groups and other members of Congress last week called on the administration to turn down the volume and find a way to resolve the dispute with Israel after the public US censure.AIPAC took the unusual step of issuing a public statement calling the incident “a matter of serious concern,” and urging the administration “to work closely and privately with our partner Israel, in a manner befitting strategic allies, to address any issues between the two governments.”

Despite the recent rancor, or perhaps partly in response to it, theconference is expected to attract an unprecedented 7,500 attendees.Clinton herself is scheduled to address the AIPAC conference Mondaymorning, with Netanyahu speaking during the gala banquet Monday night.Former British prime minister Tony Blair, now the Quartet’s specialenvoy, Opposition Leader Tzipi Livni and several US senators andrepresentatives are also due to appear at the three-day gathering.
Advertisement
Subscribe for our daily newsletter