For decades, the Palestinian Authority has maintained a program that provides regular monthly stipends to men and women convicted by Israel of murder or terrorism. 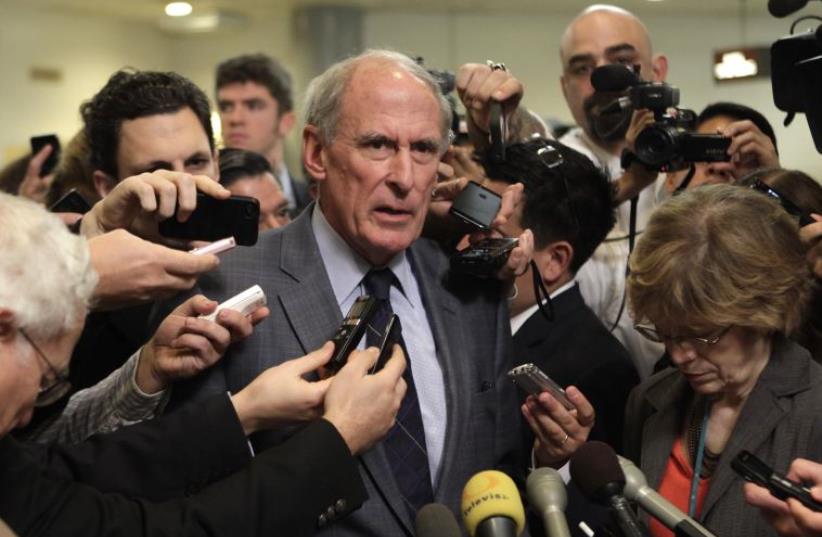 US Senator Dan Coats
(photo credit: REUTERS)
Advertisement
WASHINGTON – US Sen. Dan Coats (R-Indiana) called for ending US aid to the Palestinian Authority this week until the entity ceases its program of providing stipends to convicted murderers.Delivering remarks from the Senate floor, the senator said he is increasingly concerned that US taxpayer dollars go to funding programs that incite Palestinian violence against Israeli civilians.For decades, the PA has maintained a program that provides regular monthly stipends to men and women convicted by Israel of murder or terrorism. Members of Congress have long repudiated the program, but it has never been enough for the legislature to suspend its annual aid – the PA’s lifeblood.The funding program was moved in 2014 from PA to Palestine Liberation Organization control, ostensibly to avoid controversy over Congress’s direct funding of the PA.“This system of payments has been formalized and expanded by President [Mahmoud] Abbas in presidential directives,” Coats said. “Palestinian terrorist prisoners are regarded by the PA as patriotic ‘fighters’ and as employees of the government of the Palestinian Authority.“We will identify the amount of money that flows from the PA to the PLO for this purpose and cut US assistance by that amount at least,” the senator continued.“If that partial cut-off of US aid is not sufficient to motivate the Palestinian Authority to end this immoral system of payments to terrorists, I will propose a complete suspension of financial assistance until the policy is changed.”Kristine Michalson, deputy communications director for Coats, told The Jerusalem Post that members of the Senate Appropriations Committee are working to address the matter.“Since the PA has transferred that activity to the PLO, the Senator is now working with members if that committee to close that loophole and include the PLO in an amended provision,” Michalson said. “The fiscal year 2017 appropriations bill is in the final stages of preparation so he is hopeful to address this issue in that legislation,” she added.