The US heeds that the time has come to apply more pressure on North Korea following the latter's latest nuclear test, and Israel is also joining in on the condemnation of Pyongyang.

South Korea flexes military muscle after North Korea's nuclear test (REUTERS)
Advertisement
The United States has cautioned that the time came for world powers to apply more pressure on North Korea after the latter conducted its latest nuclear experiment on Sunday. Speaking at an emergency meeting of the UN Security Council, US Ambassador to the United Nations Nikki Haley said on Monday it was time for the council to impose "the strongest possible measures" on North Korea over its sixth and largest nuclear test because "enough is enough."Haley said the incremental sanctions approach of the 15-member council to North Korea since 2006 had not worked and she described North Korean leader Kim Jong Un as "begging for war.""Despite our efforts the North Korea nuclear program is more advanced and more dangerous than ever," Haley told the council. "War is never something the United States wants. We don't want it now. But our country's patience is not unlimited."Earlier on Monday Israel joined in on the condemnation of Pyongyang in a harshly-worded statement released by the country's Ministry of Foreign Affairs. “The State of Israel condemns North Korea's recent nuclear test,” the Foreign Ministry said.“The experiment is a continuation of North Korea's pattern of defiant activity. North Korea must comply with all Security Council resolutions on this issue and refrain from testing and developing weapons of mass destruction and their delivery systems," the Foreign Ministry said.Meanwhile, South Korea said on Monday it was talking to the United States about deploying aircraft carriers and strategic bombers to the Korean peninsula after signs North Korea might launch more missiles in the wake of its sixth and largest nuclear test.The UN Security Council was set to meet later on Monday to discuss new sanctions against the isolated regime. US President Donald Trump had also asked to be briefed on all available military options, according to his defense chief.Officials said activity around missile launch sites suggested North Korea planned more missile tests."We have continued to see signs of possibly more ballistic missile launches. We also forecast North Korea could fire an intercontinental ballistic missile," Jang Kyoung-soo, acting deputy minister of national defense policy, told a parliament hearing on Monday.North Korea tested two ICBMs in July that could fly about 10,000 km (6,200 miles), putting many parts of the US mainland within range and prompting a new round of tough international sanctions.South Korea's air force and army conducted exercises involving long-range air-to-surface and ballistic missiles on Monday following the North's nuclear test on Sunday, its joint chiefs of staff said in a statement.In addition to the drill, South Korea will cooperate with the United States and seek to deploy "strategic assets like aircraft carriers and strategic bombers," Jang said.South Korea's defense ministry also said it would deploy the four remaining launchers of a new US missile defense system after the completion of an environmental assessment by the government.The rollout of the controversial Terminal High Altitude Area Defense (THAAD) system at a site south of the South Korean capital, Seoul, is vehemently opposed by neighboring China and Russia, had been delayed since June.TOUGH TALK 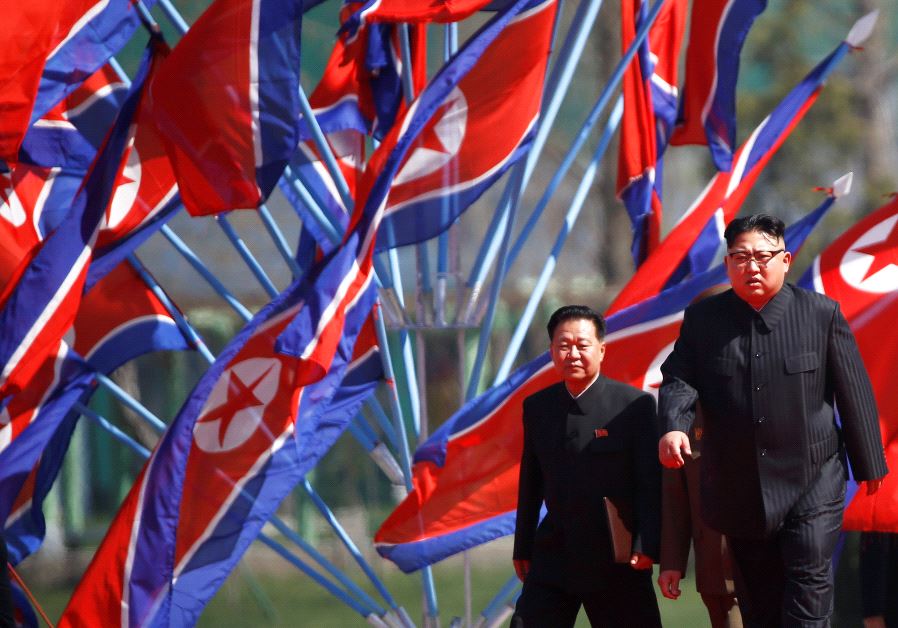 North Korean leader Kim Jong Un arrives for an opening ceremony of a newly constructed residential complex in Ryomyong street in Pyongyang, North Korea April 13, 2017 (REUTERS)North Korea said it tested an advanced hydrogen bomb for a long-range missile on Sunday, prompting a warning of a "massive" military response from the United States if it or its allies were threatened."We are not looking to the total annihilation of a country, namely North Korea," US Defense Secretary Jim Mattis said after meeting Trump and his national security team."But as I said, we have many options to do so."Trump has previously vowed to stop North Korea developing nuclear weapons and said he would unleash "fire and fury" if it threatened US territoryDespite the tough talk, the immediate focus of the international response was expected to be on tougher economic sanctions.Diplomats have said the UN Security Council could now consider banning North Korean textile exports and its national airline, stop supplies of oil to the government and military, prevent North Koreans from working abroad and add top officials to a blacklist to subject them to an asset freeze and travel ban.Asked about Trump's threat to punish countries that trade with North Korea, Chinese Foreign Ministry spokesman Geng Shuang said China has dedicated itself to resolving the North Korean issue via talks, and China's efforts had been recognized."What we absolutely cannot accept is that on the one hand (we are) making arduous efforts to peacefully resolve the North Korean nuclear issue, and on the other hand (our) interests are being sanctioned or harmed. This is both not objective and not fair," he told a regular briefing.On possible new UN sanctions, and whether China would support cutting off oil, Geng said it would depend on the outcome of Security Council discussions.Chinese state-run Xinhua news agency said in an editorial North Korea was "playing a dangerous game of brinkmanship" and it should wake up to the fact that such a tactic "can never bring security it pursues."While South Korean President Moon Jae-in and Japanese Prime Minister Shinzo Abe agreed on Monday to work with the United States to pursue stronger sanctions, Russia voiced skepticism.Russian Deputy Foreign Minister Sergei Ryabkov said sanctions on North Korea had reached the limit of their impact. Any more would be aimed at breaking its economy, so a decision to impose further constraints would become dramatically harder, he told a BRICS summit in China.South Korea says the aim of stronger sanctions is to draw North Korea into dialog. But, in a series of tweets on Sunday, Trump also appeared to rebuke South Korea for that approach."South Korea is finding, as I have told them, that their talk of appeasement with North Korea will not work, they only understand one thing!" Trump said on Twitter.Still, Trump's response was more orderly and less haphazard than he had offered to other hostile actions by North Korea.His handling of its latest nuclear test reflected a more traditional approach to crisis management, which US officials said illustrated the influence of Mattis and new White House chief of staff, retired Marine Corps General John Kelly.MARKETS CAUTIOUS 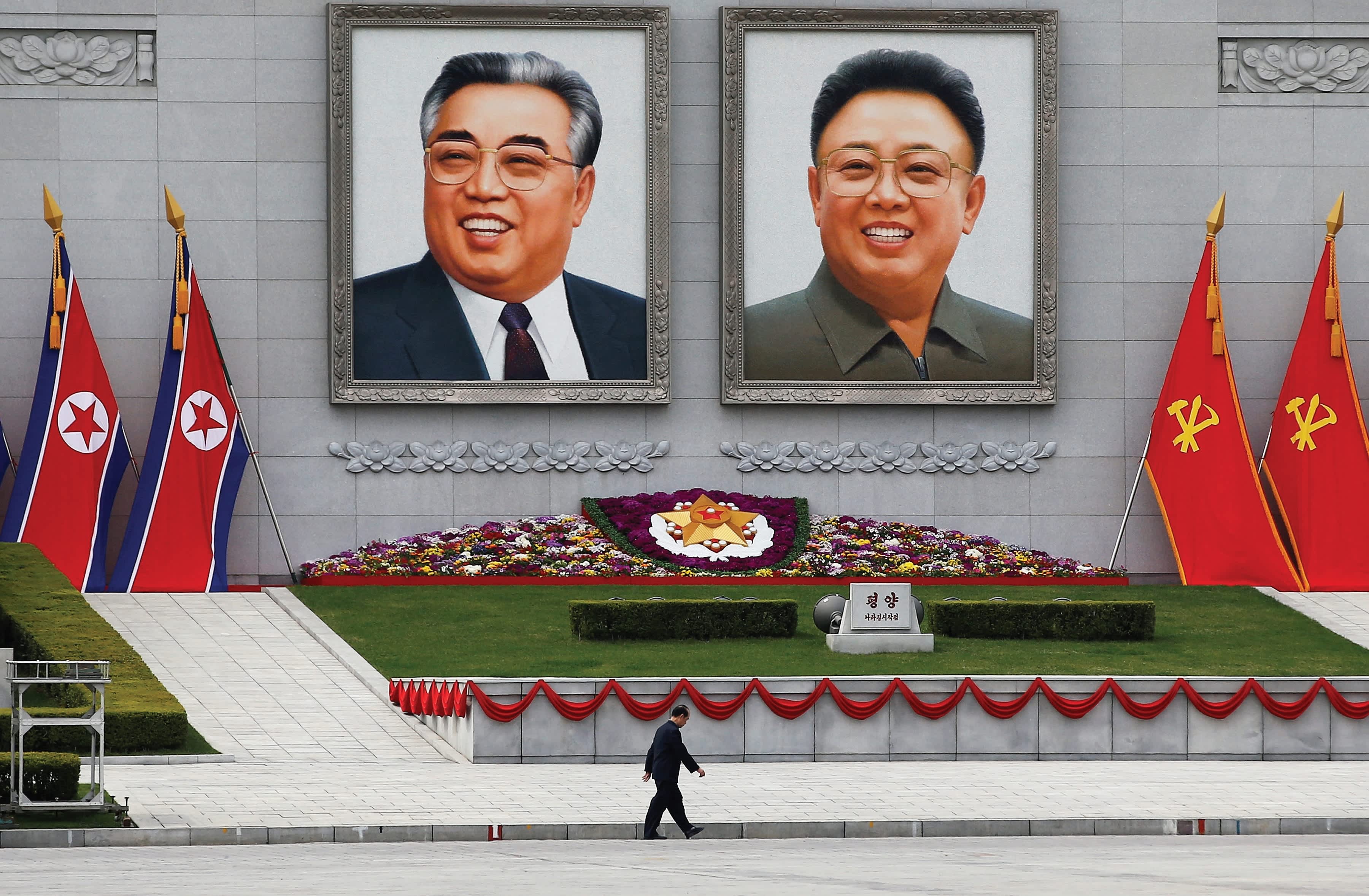 Propaganda in North Korea (REUTERS)Japanese and South Korean stock markets both closed down about 1 percent on Monday, while safe haven assets including gold and sovereign bonds ticked higher, but trade was cautious."Assuming the worst on the Korean peninsula has not proven to be a winning trading strategy this year," said Sean Callow, a senior foreign exchange strategist at Westpac Bank."Investors seem reluctant to price in anything more severe than trade sanctions, and the absence of another 'fire and fury' Trump tweet has helped encourage markets to respond warily."South Korea's finance minister vowed to support financial markets if instability showed signs of spreading to the real economy.Sunday's test had registered with international seismic agencies as a man-made earthquake near a test site. Japanese and South Korean officials said the tremor was about 10 times more powerful than the one picked up after North Korea's previous nuclear test a year ago.China's National Nuclear Safety Administration said data from radiation monitoring stations near the North Korean border showed no impact on "China's environment or populace."Australian Prime Minister Malcolm Turnbull said that, while North Korea was not a puppet state of China, Beijing needed to do more to pressure its neighbor."The Chinese are frustrated and dismayed by North Korea's conduct, but China has the greatest leverage, and with the greatest leverage comes the greatest responsibility," he told the Australian Broadcasting Corp on Monday.