By ASSOCIATED PRESS
AUGUST 17, 2010 14:12
311_9/11 attacks
(photo credit: Associated Press)
Advertisement
The CIA has tapes of 9/11 plotter Ramzi Binalshibh being interrogated in a secret overseas prison. Discovered under a desk, the recordings could provide an unparalleled look at how foreign governments aided the US in holding and questioning suspected terrorists.The two videotapes and one audiotape are believed to be the only remaining recordings made within the clandestine prison system.The tapes depict Binalshibh's interrogation sessions at a Moroccan-run facility the CIA used near Rabat in 2002, several current and former US officials told The Associated Press. They spoke on the condition of anonymity because the recordings remain a closely guarded secret. 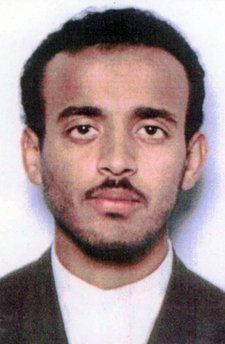 When the CIA destroyed its cache of 92 videos of two other al-Qaida operatives, Abu Zubaydah and Abd al-Nashiri, being waterboarded in 2005, officials believed they had wiped away all of the agency's interrogation footage. But in 2007, a staffer discovered a box tucked under a desk in the CIA's Counterterrorism Center and pulled out the Binalshibh tapes.A Justice Department prosecutor who is already investigating whether destroying the Zubaydah and al-Nashiri tapes was illegal is now also probing why the Binalshibh tapes were never disclosed. Twice, the government told a federal judge they did not exist.The tapes could complicate US efforts to prosecute Binalshibh, 38, who has been described as a "key facilitator" in the Sept. 11, 2001, attacks. If the tapes surfaced at trial, they could clearly reveal Morocco's role in the counterterrorism program known as Greystone, which authorized the CIA to hold terrorists in secret prisons and shuttle them to other countries.More significantly to his defense, the tapes also could provide evidence of Binalshibh's mental state within the first months of his capture. In court documents, defense lawyers have been asking for medical records to see whether Binalshibh's years in CIA custody made him mentally unstable. He is being treated for schizophrenia with a potent cocktail of anti-psychotic medications.

With military commissions on hold while the Obama administration figures out what to do with suspected terrorists, Binalshibh has never had a hearing on whether he is mentally fit to stand trial."If those tapes exist, they would be extremely relevant," said Thomas A. Durkin, Binalshibh's civilian lawyer.The CIA first publicly hinted at the existence of the Binalshibh tapes in 2007 in a letter to US District Judge Leonie M. Brinkema in Virginia. The government twice denied having such tapes, and recanted once they were discovered. But the government blacked out Binalshibh's name from a public copy of the letter.At the time, the CIA played down the significance, saying the videos were not taken as part of the CIA's detention program and did not show CIA interrogations.That's true, but only because of the unusual nature of the Moroccan prison, which was largely financed by the CIA but run by Moroccans, the former officials said. The CIA could move detainees in and out, and oversee the interrogations, but officially, Morocco had control.CIA spokesman George Little would not discuss the Moroccan facility except to say agency officials "continue to cooperate with inquiries into past counterterrorism practices."
Advertisement
Subscribe for our daily newsletter