'The terrorist threat has evolved'

Fifteen years on from 9/11, threats are metastasizing in the dark. 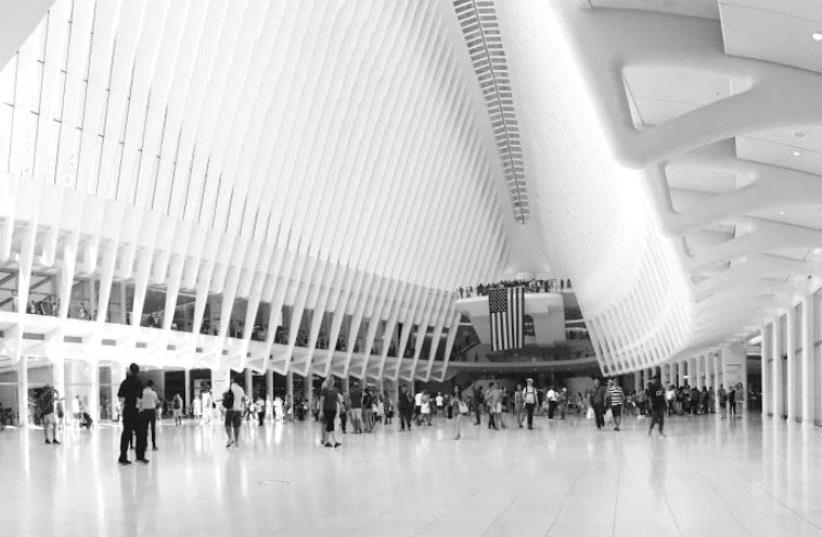 The newly-opened Oculus at New York's World Trade Center.
(photo credit: MICHAEL WILNER)
Advertisement
NEW YORK -- The first QWERTY keyboard, color screen, and bluetooth-enabled cell phones all debuted in 2001, the year that nineteen men coordinated the worst attack against the United States in its history.Those men successfully hid their communications by plotting in the dark, which then meant something quite different than it does today: Instead of using cell phones, they planned September 11th largely in person, the old-fashioned way, avoiding all trackable communications that would have made their efforts easier to detect.Technological advancement has come at a rapid clip to the communications sector, and those seeking to emulate or top the spectacular attacks of that day now enjoy new tools with which to operate. They are working in the dark web and through readily available encrypted applications, stymying homeland security agencies that have spent over $2 trillion trying to prevent a second major attack.But the advent of a legion of well-trained Islamic State foot soldiers, armed with Whatsapp and Schengen passports, has renewed the risk of another conventional 9/11-style event– and has put the US intelligence community on the defensive for the first time in years. "ISIL [Islamic State] is the most sophisticated– by far– user of the Internet and the technologies that are available privately to ensure end-to-end encryption," James Clapper, the director of national intelligence, said last spring. "That is a major inhibitor to discerning plotting going on principally by ISIL, or others."Intelligence officials worry that the "flash to bang" ratio– between the moment counterterrorism officials detect a plot and the moment the attack is under way– has dangerously shrunk, in part because the online radicalization of lone wolf attackers is impossible to detect, but also because of the intelligence community's inability to intercept encrypted directions from Islamic State leadership to cells of recruits.The technological sophistication of terrorist groups has a profound impact on the nation's ability to defend itself from the type of large-scale attacks that can reshape its security posture, prompt recession, shift an election or launch a ground war."ISIL is as sophisticated and well-funded as any group that we have seen," former Defense Secretary Chuck Hagel said in 2014, when Islamic State first stormed through Iraq and took over Mosul, then the country's second-largest city. "We must prepare for everything. And the only way to do that is to take a cold, steely-hard look at it, and get ready."Speaking on Sunday from the 9/11 memorial park in New York, Homeland Security Secretary Jeh Johnson said the US now faces a "more complex environment" than it has since the attack."We're safer when it comes to the 9/11-style attack– our government has become pretty good at detecting overseas plots against the homeland," he told CNN. "But we've got this new environment and this new threat, which makes it harder."The intelligence community expresses confidence in the strides it has made since 9/11: In its surveillance programs, its ability to synthesize vast amounts of data efficiently and its streamlining of multiple agencies that finally work together in concert. But counterterrorism leaders speaks more of their success in preventing 9/11-style attacks than of their greatest oversight since 2001: The metastasizing of al Qaeda in Iraq and in Syria into Islamic State, an organization of unprecedented scale, wealth and reach with ambitions to strike at the US in its own spectacular way.Upon his release from a US detention facility in Iraq in 2009, Abu Bakr al-Baghdadi– now the self-proclaimed caliph of Islamic State– told his guards, "I'll see you guys in New York.""Fifteen years into this fight, the threat has evolved," Obama said at a memorial ceremony at the Pentagon on Sunday, adding: "They will never be able to defeat a nation as great and as strong as America.""So instead, they've tried to terrorize in the hopes that they can stoke enough fear that we turn on each other and that we change who we are or how we live," Obama continued, in his last 9/11 memorial speech as president. "That's why it is so important today that we reaffirm our character as a nation– a people drawn from every corner of the world, every color, every religion, every background– bound by a creed as old as our founding, e pluribus unum."