UK: Intelligence sharing with the US threatened 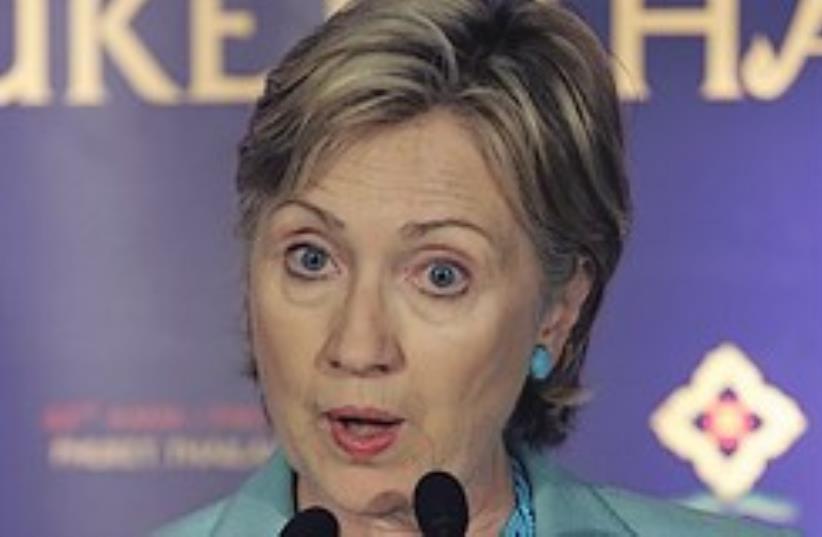 The United States will restrict intelligence-sharing with the UK if a British court reveals secret details of a former Guantanamo Bay detainee's treatment, US Secretary of State Hillary Clinton has said, according to British government lawyer.

Karen Steyn, a lawyer acting on behalf of the British government, told Britain's High Court on Wednesday that Clinton had explained to her counterpart, Foreign Secretary David Miliband, that intelligence sharing between the two countries is at risk if a court makes public so far undisclosed sections of a 2008 ruling on the alleged torture of Binyam Mohamed.

Mohamed, an Ethiopian who moved to Britain as a teenager, was arrested in 2002 in Pakistan. He alleges he was tortured there and in Morocco - where he says interrogators sliced his penis with a scalpel - before he was transferred to Afghanistan, and then to the US prison at Guantanamo Bay in 2004.

He was accused of plotting to explode a "dirty bomb" in the United States, but was freed in February without charge and returned to Britain.

Mohamed's lawyers originally launched a legal case demanding full disclosure of what Britain's government knew about his treatment in detention.

The court ruled in 2008 that the lawyers could have access to the documents - with some information redacted - but also barred the public dissemination of the information.

The judges at Britain's High Court said they had reluctantly accepted the government's claim that publication of the paragraphs could harm US-British intelligence sharing, noting that keeping the details secret amounted to concealing "evidence of serious wrongdoing by the United States."

The judges are reconsidering their decision following a lawsuit launched by several media groups, including The Associated Press.

But Steyn said that Miliband believes there has been no change in the risk of damaging relations between London and Washington since Obama's took office.

Steyn told the court that Miliband believes intelligence cooperation would be withheld, and British lives could be endangered as a result, if judges accede to demands from the media and Mohamed to publish the details.

"The conversations that he has had with the US Secretary of State are part of the information that he has taken into account in forming that assessment," Steyn said.

Guy Vassall-Adams, a lawyer for the British media, told the hearing that Miliband had exaggerated the threat to intelligence cooperation. He said Clinton's comments also appeared at odds with a recent letter sent from the CIA to Britain's MI6 overseas intelligence service to explain the US position on the issue.

The CIA said in the letter that it would need to examine cooperation with Britain if judges published the information, rather than specifically threaten to cease cooperation, Vassall-Adams said.

He quoted a letter sent to the British government last month by the US national security adviser, Retired Marine Gen. James Jones, which said the CIA were "best able to recognize and articulate potential concerns."

Clinton herself refused to comment on what Steyn quoted her as saying. At a press conference following a meeting in Washington with Miliband, she said only that the two countries would continue sharing intelligence "to the fullest extent possible."

Miliband told reporters that the US and Britain's intelligence-sharing process saves British lives - but that a fundamental principle of their cooperation is that the countries don't publicly disclose what they share.

Lord Justice John Thomas said the paragraphs that have so far been kept secret are "bland" of "no intelligence value" and pose - in his opinion - no risk to intelligence ties. The passages are a summary of the courts' opinion on the contents of 42 US intelligence documents, sections of which related to Mohamed.

Thomas and Justice Lloyd Jones are due to issue a new ruling on whether to publish the passages, but have set no firm date to do so.