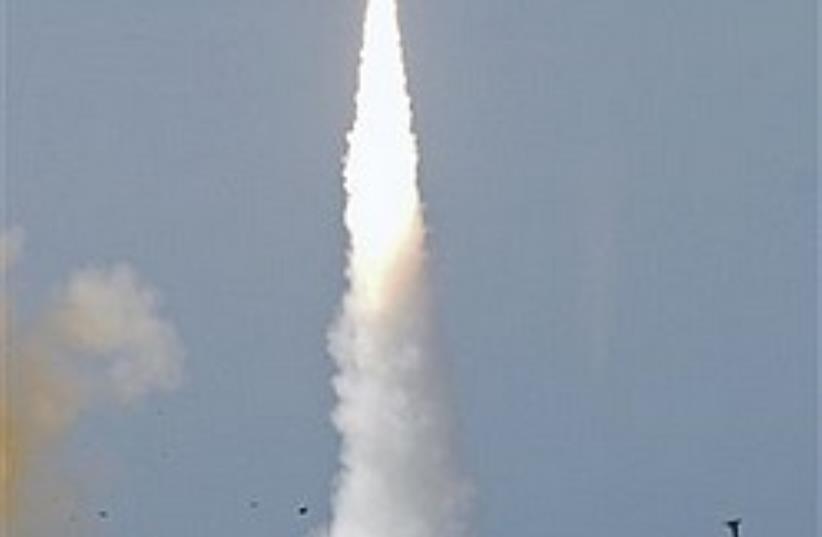 The US House of Representatives is expected to overwhelmingly approve a defense spending bill Thursday that increases next year's funding of Israeli missile defense programs to $202 million dollars.

But the legislation faces a White House veto threat over money slated for the F-22, a program Israel also supports but that the Obama administration wants to end.

The new total for 2010 funding of the controversial Arrow-3 program is $50 million, up from the $30 million spent this year, and the $37 million requested by the White House. Altogether, US contributions to joint missile defense projects with Israel would increase $82.8 million above theadministration's request and total $25 million more than Israel was given for 2009.

It comes after wrangling between US and Israeli authorities over whether to fund the Arrow-3 project at all, with some American officials expressing questions about its feasibility and whether it was better than the American SM-3 missile defense program.

"The way ahead has pretty much been resolved," a senior Pentagon official told The Jerusalem Post.

The Defense Department official explained that the two countries will check the progress of the Arrow-3 program and keep the SM-3 as a back-up option.

"There were some months where we were going back and forth. Now I think we're pretty much on the same page," he said.

"The committee provided $202 million, $82 million over the president's request, for the development of the Arrow-3 Interceptor because we believethat this program is an important partnership between our two nations and vital to the national defense of Israel," he said.

The funding increase - and endorsement of continuing with joint Arrow-3 development - is sure to please Israeli officials who have been looking to boost resources for the program.

Less positive from the Israeli perspective is US President Barack Obama's threat to veto the entire appropriations bill if funds the House added toextend the life of F-22 production stay in place.

"The administration strongly objects to $369 million in unrequested advanced procurement funding provided for 12 F-22 fighter aircraft in FY 2011, rather than ending the production program as requested by the president," the White House wrote Tuesday in an assessment of the legislation. "If the final bill presented to him contains this provision, the president will veto it."

Israel has long sought to purchase the highly advanced stealth aircraft, but current US law prohibits its export. Should US funding of production of the planes end, as Obama wants, the likelihood of Israel ever having the opportunity to buy any would decrease dramatically.

The Senate isn't expected to weigh in with its version of the funding bill until after the August recess, but it has indicated it might be willing to drop the F-22 allocation.