Wheels of terror: Coping with the car-ramming threat

The world is witnessing a new form a terrorism - one that is nearly impossible to prevent. 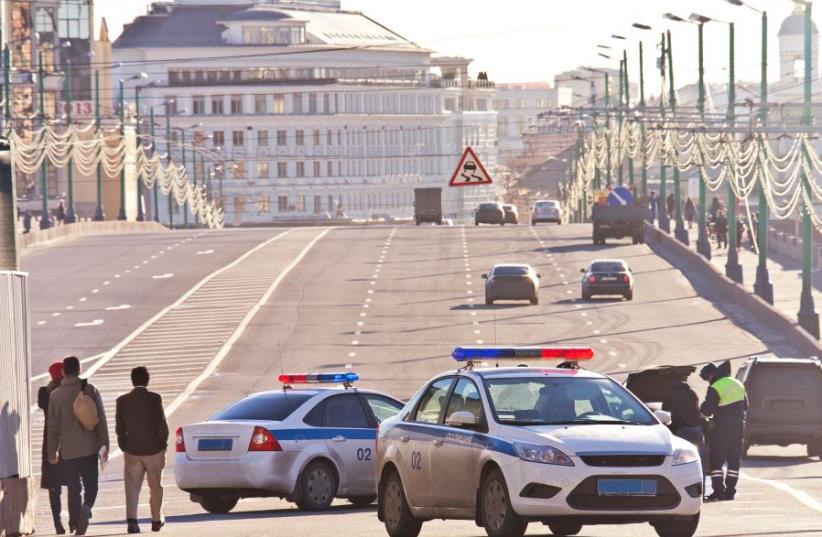 French Police checking vehicles on the 'Bridge of Europe' between Strasbourg and Kehl Germany as a security measure in the wake of attacks in Paris on Nov. 14 2015
(photo credit: SHUTTERSTOCK)
Advertisement
For the past few years we have been experiencing more and more terror incidents across the world. One of the more common methods used by terrorists involves vehicles which attempt to ram into pedestrians and crowds in order to cause casualties, similarly to the way  planes where used in the September 11 attacks in the US.How do the terrorists operate? What are their aims? Can we protect ourselves in advance? How do we deal with these attacks and reduce the loss of human lives? We asked David Noy, vice president at a company that specializes in producing physical security solutions for multipurpose protection worldwide, to shed light on one of the most troubling and complicated terror methods of our time.

Members of terrorist organizations have adopted a method for attacking civilians, buildings and infrastructure that is far from new.In the past, going back to the 1980’s, vehicles loaded with explosives charged into targets. it happened at an IDF base in Lebanon as well as a building used by Israel’s Shin Bet security agency  and American army bases in Lebanon and Saudi Arabia.After gaining access to the targets, the suicide bombers set of the explosive charges causing great loss of life and substantial damage.This type of terror attack has become especially prevalent in Israel where the terrorists' main targets are soldiers.Over the past two years we have witnessed similar terror attacks, using trucks or private vehicles , directed against civilians in Europe, Australia, the United Kingdom and other countries.

How are these attacks perpetrated? The terrorist, usually acting alone and without necessarily coordinating with his superiors in the terrorist group, steals a car, a commercial vehicle or truck and attempts to ram a concentration of people. Recently targets for such attacks have included  a Christmas market, Bastille Day celebrations or random pedestrians on a London bridge or in a Swedish store.In most cases, casualties are low.  The tragic attack in Nice is an example of the opposite.However, the media backlash (depending on the date or location of the attack) is much greater and causes the terrorists' desired effect.In the ramming attack, the terrorist doesn’t have to arm themselves with weapons, the vehicle itself is the weapon used to carry out the attack. This alone makes it difficult to get advance intelligence of possible attacks.People are killed on the roads all the time, so how is this different? The number of people killed or injured in road accidents is far, far greater than those injured or killed in a ramming attack. However, road accidents are seen as the price to pay for using a motor vehicle, whilst a ramming attack is deliberate.Needless to say, this type of terrorist attack isn’t a major threat to the country it occurs in, but it does create an atmosphere of public unrest, chaos, fear and a lack of control by the authorities.What are the terrorist’s goals? In the long run, terrorist organizations seek to achieve a social or political change. In the immediate term, the terrorists wants to create a sense of insecurity, chaos, confusion and obtain wide scale media coverage of the attack. In essence, the number of casualties resulting from the incident not only includes those physically injured but expands to encompass sectors of the population far removed from the actual attack, people who feel that they are living in an insecure and chaotic environment that was previously calm and safe. 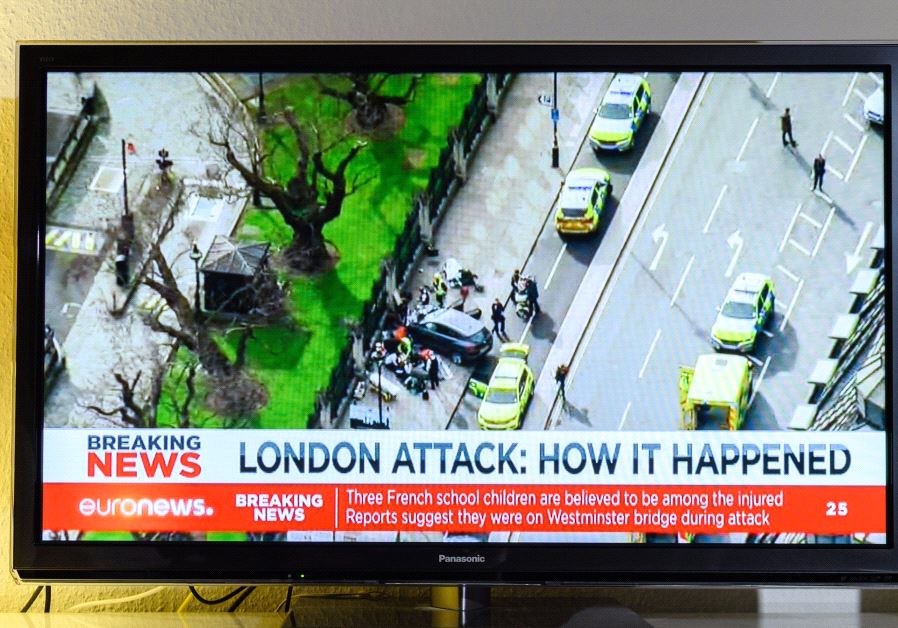 The wider the media’s coverage of the incident, regardless of the number of casualties,  the greater the terrorist’s success.In fact, the media functions as a tool in the hands of the terrorist and it seems that many attacks occur during periods when media coverage is extensive – for example, immediately before the evening news broadcast.How can we deal with the phenomena of ramming attacks and prevent them?It is important to understand that regardless of the resources we use, it is impossible to totally prevent such terrorist attacks. However, the correct approach to the phenomena can significantly reduce the possibility of a terror attack and the numbers of casualties.Additionally, we want to reduce to a minimum disturbances to citizens' day to day lives and the comfort and convenience to which they have become accustomed.What are the difficulties of obtaining advance intelligence? Since, in most cases, the terrorist is acting alone and executing a sporadic attack,  it is reasonable to expect that it will extremely difficult, if not impossible, to gather intelligence regarding their plans. The terrorist doesn’t get briefed before the attack and carries it out at a time and place they choose. Occasionally, the terrorist will scout out the territory before an attack and will select the final location in real time according to what is going on in a specific area.The lack of advance intelligence prevents security forces from implementing localized security measures for a specific event.All they can do is implement standard, regular security measures in order to maintain public order. 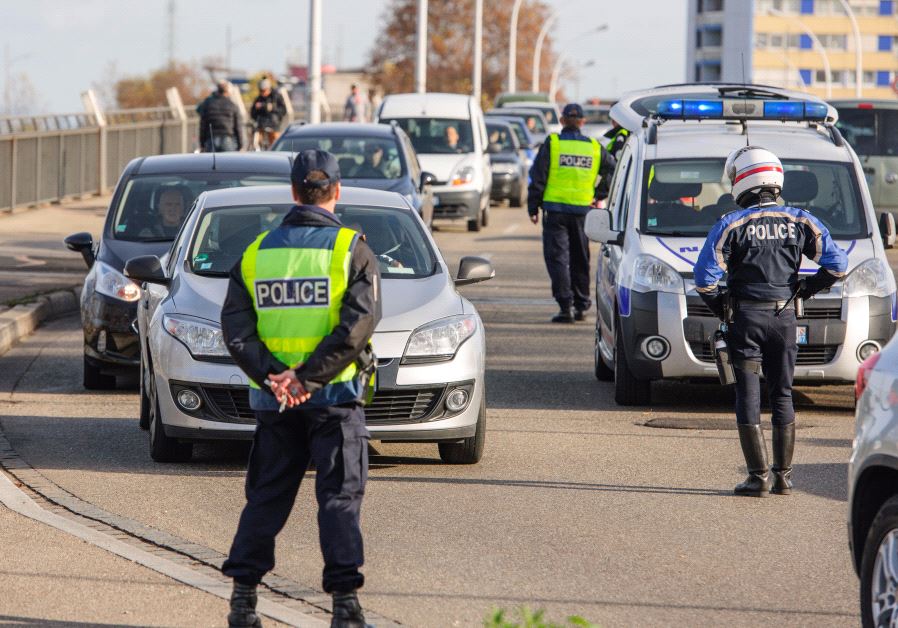 Security forces and early planning, is it even possible? As part of their preparations and planning, security forces will develop detailed security plans for worst-case scenarios. Additionally, they will train and practice their response to these scenarios placing an emphasis on coordinating intelligence and troop control and management in an emergency.Recommended responses for those types of attack?We can divide terrorist car attacks into three main categories: • A vehicle crashing into pedestrians because the terrorist steered the vehicle onto a sidewalk packed with people: This is what occurred in London, in Melbourne and in Sweden. Since this type of attack is carried out by a single individual and at his instigation, no advance intelligence will be available and security forces will be unable to make preparations before the attack. In most cases, the terrorist will steal a vehicle and carry out the attack at a time and place of his choosing. It will be difficult for security forces to prevent such an attack. However, the presence of security forces in the area will lead to the fast arrest or neutralization of the terrorist – this providing that they operate correctly and have the correct tools for the job.one way which can be used to prevent such an attack is by Installing blocking poles along the sidewalk to prevent the car deviation and the attacks on innocent people. 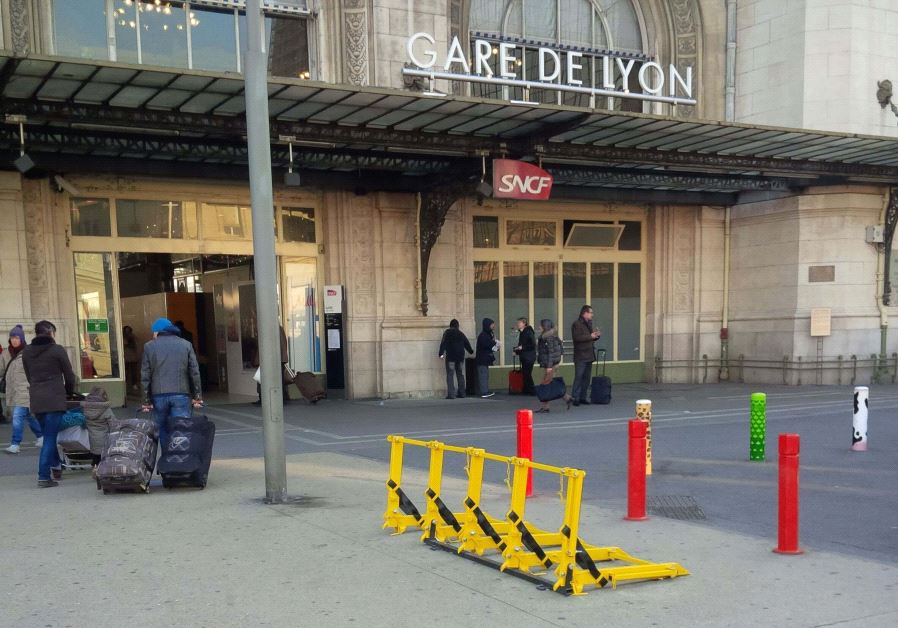 • The ramming attack occurs during a large-scale event such as a Christmas market etc.: In this type of attack, we can expect there to be little or no advance intelligence. It is reasonable to expect that the terrorist will steal a vehicle and carry out his attack at the selected location after, in all probability, he has gathered information about the location beforehand.But, in this instance, early assessment and preparation can prevent the attack, or at least reduce the number of casualties.How is this achieved?
➢ A situation assessment is carried out and possible attack scenarios are evaluated along with a risk assessment.➢ Routes are planned to allow entry and exit of emergency vehicles.➢ Mobile barriers are placed at entry points to prevent penetration by hostile vehicles but that will allow security vehicles entry and exit to the area.➢ A multi-layer, peripheral cordon will be implement to reduce the possibility of unauthorized vehicles entering the area.• Ramming attack on a queue of people waiting to enter a permanent event site: As in the previous scenarios, here as well it is reasonable to expect that there will be a lack of advance intelligence. Having said that, since this is a known location and a regular event that many people can be expected to visit every day, the target is clear and known.In many cases, the queue is on the sidewalk and close to the road. Because of this, the aim is to create a physical barrier using posts that are permanently and firmly installed in the ground which can withstand, or at least reduce, the potential damage and injuries from a speeding vehicle trying to mount the sidewalk and crash into a queue of unsuspecting bystanders.Sometimes, when possible, we can choose to block the crowd gathering area to all traffic during the gathering. 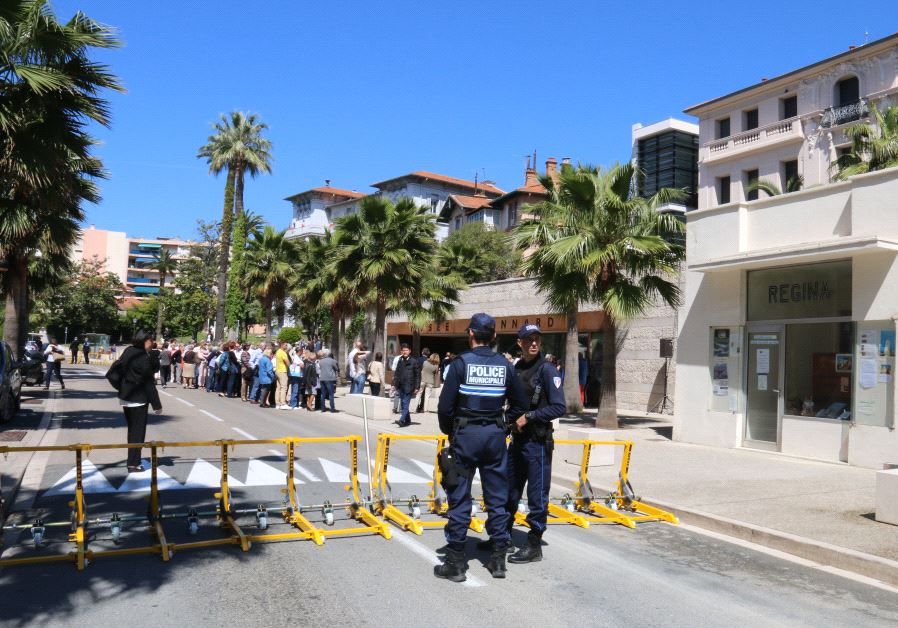 This article was written in collaboration with Mifram Security.
Advertisement
Subscribe for our daily newsletter