The Netanyahu brothers went to Cheltenham High School outside Philadelphia before returning to Israel. 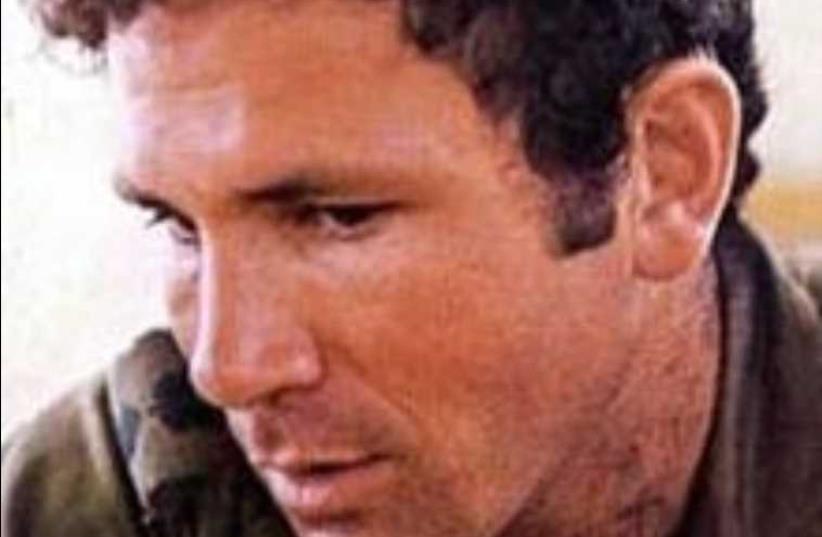 Last known picture of Yoni Netanyahu
(photo credit: WIKIPEDIA)
Advertisement
What could be the most emotional commemoration of the 1976 Entebbe rescue operation other than the event Prime Minister Benjamin Netanyahu is attending in Entebbe will take place Tuesday in Philadelphia at the US memorial to Netanyahu’s brother Yoni, who was killed commanding the operation.The Netanyahu brothers went to Cheltenham High School outside Philadelphia before returning to Israel and serving in the IDF’s General Reconnaissance Unit, Sayeret Matkal. After Yoni was killed in the operation releasing hostages in Uganda, Benjamin Netanyahu helped plan the memorial at Historic Congregation Mikveh Israel near the Liberty Bell.The memorial was conceived by the current prime minister and Yoni’s childhood friend Steve Friedman in 1982 when Netanyahu was deputy ambassador in Washington. The sculpture of granite and marble was dedicated in 1986.“The memorial signifies the incredible, bold, brave defiance of the IDF and the unit Yoni led in carrying out the rescue,” Friedman said. “The forces of creativity took over and succeeded. The tragedy of Yoni plus the symbolism of defiance against terror and the boldness of the IDF are the values embodied by the memorial. In this day and age of never ending terrorism, this memorial, this event, this recognition is critical.”Friedman met Yoni Netanyahu in January 1963 when they were in high school English class together. Their families became close and Friedman has remained close with Benjamin Netanyahu.The prime minister came to the 30th anniversary memorial event at the site, and he was invited to come to the 40th anniversary commemoration, but he had already decided to go to Uganda.Instead the speakers at the event will include former CIA head James Woolsey, Friedman, and Benny Davidson, a hostage at Entebbe who was rescued. The event will raise money for the largest hi-tech cardiac center in the Middle East, which is being built at Kaplan Medical Center in Rehovot. Kaplan’s heads will speak at the event about how Israel saves lives around the world.Friedman’s closeness to the Netanyahu family was not enough to persuade the prime minister, who is also the foreign minister, to not close Israel’s consulate in Philadelphia. It will close its doors for the last time on August 15 after key conventions in its territory for the Republicans in Cleveland and then the Democrats in Philadelphia.But the organizers of the event said no one decided to boycott the event honoring Yoni Netanyahu because of their anger at his brother’s decision.“I am extremely disappointed in the closing of the consulate,” Friedman said. “It’s unfortunate considering the dynamic of the community here. It would be nice if the consulate were fully operational but meanwhile our consuls have been terrific.”The event is also co-sponsored by the Friends of Israel Gospel Ministry, whose former president Bill Sutter, called the consulate a tremendous resource that will be missed. Event organizer Lou Balcher of American Friends of Kaplan, who is a former consulate staffer, said the consuls have been assisting and co-sponsoring the proceedings.“There is strong concern from the local Jewish community about the closure,” Balcher said. “It makes their life so much more difficult. They want to keep the consulate open but they separate from that their desire to work for Israel. All but the most critical people in six states will be abandoned, and it’s a darn shame.”The event will be attended by the parents of Michael Levin, a local young man who was inspired by Yoni Netanyahu’s legacy to become a lone soldier and was killed in the Second Lebanon War 10 years ago. Levin’s room remains a shrine to Yoni Netanyahu.“Yoni and Michael died not only for Israel but for freedom everywhere,” Sutter said.