Can Israel's Anglos be galvanized into a powerful voting force?

Arguably the most serious effort ever made by an Israeli party to attract English-speaking voters came in 2003 from Natan Sharansky’s Yisrael Ba’aliya.

Clockwise from top left: Yehuda Glick, Dov Lipman, Michael Oren, Caroline Glick and Jeremy Saltan
(photo credit: Courtesy)
Advertisement
The 250,000 immigrants of voting age from English-speaking countries in the Interior Ministry database are more than the amount of votes Shas received in the 2015 election, when the party won seven seats.And that is without counting their children and grandchildren, whose mother tongue is also English.That is why it’s no wonder that over the past 16 years, parties have made a serious effort to attract these voters by fielding Anglo candidates and doing events for English-speakers.But is it possible to galvanize these voters into a force like Jewish voters in American elections? Past and present Anglo candidates and heads of some parties’ Anglo divisions disagreed.Arguably the most serious effort ever made by an Israeli party to attract English-speaking voters came in 2003 from Natan Sharansky’s Yisrael Ba’aliyah (Israel immigration, on the rise) party, which fielded Harvard-educated candidate Eli Kazhdan in what looked like the realistic fifth slot. The party won only two seats, and Sharansky’s political career was over.Natan SharanskyKazhdan said there was value back then in there being a party that put aliyah first, reaching different groups of immigrants. He said he no longer thinks Anglos will vote for a party just because it has an Anglo high on its list, just as Russian immigrants won’t vote for Likud or Yesh Atid if they have a Russian candidate on their list.“Anglos vote wherever they are ideologically,” Kazhdan said. “People like [Prime Minister Benjamin] Netanyahu, Naftali Bennett and Yair Lapid can represent Anglos, because they are worldly people, even though none of them [were] born in the US – just like Sharansky spoke to Anglos, even though he was born far from America.” 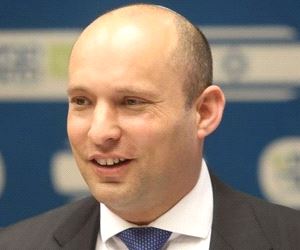 Naftali BennettBut parties will make an effort nonetheless, knowing that one Knesset seat in the last election represented only 32,822 votes. Bennett’s New Right Party will be fielding former Chicagoan and Jerusalem Post columnist Caroline Glick in a top slot, and she said that she is ready to reach out to her constituents. 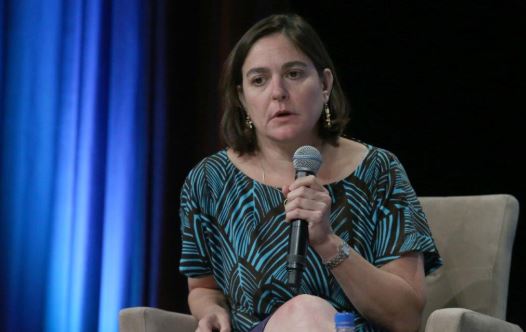 Caroline Glick“This is a significant electoral demographic,” Glick said, adding that Anglos are not homogeneous in their outlooks, but run the gamut of the religious-secular spectrum, but share certain core ideals and concerns.Michael Oren“The overwhelming majority of Anglo-Israelis are deeply Zionist,” she said. “They made aliyah because of their commitment to Zionism. Not surprisingly, given their high motivation and education levels, the contribution that English-speaking Israelis have made in every facet of Israeli society is simply extraordinary.”Glick said native English-speakers are disproportionately engaged in efforts of hasbara (public diplomacy) efforts to defend Israel from its many detractors abroad; are concerned about the trajectory of the American Jewish community; and have practical concerns in relation to taxation of foreign income, pensions and wealth, integration and absorption assistance, and English-language instruction in schools.MK Yehuda Glick on the Temple Mount, December 23, 2018Likud MK Yehudah Glick, a New York native who is running for re-election and is not related to Caroline, said he is relying on Anglo support, doing parlor meetings in Modi’in, Beit Shemesh, Ra’anana and Hashmonaim – all of which house a large number of English-speakers. Former Kulanu MK Oren – who was also born in New York and has not yet decided on his political future – said Anglos do not vote as a bloc but rather divide themselves among many parties.“Anglos must first be convinced that their interests can best be guaranteed by voting together,” he said.
Yesh Atid leader Yair Lapid will be holding a town hall meeting in English in Tel Aviv on Sunday, after holding a similar meeting in Jerusalem.Yesh Atid Party Leader Yair Lapid.“We believe that Yesh Atid represents the values of most English-speakers who moved here out of a deep sense of Zionism and love of the country,” a Yesh Atid spokesman said. “Yesh Atid has the largest and most active English-speakers branch in the country and has been doing events in English regularly since the party was founded. We don’t just wake up to the importance of English-speakers during election campaigns.”Maryland native Dov Lipman – who was a Yesh Atid MK from 2013 to 2015 – said making himself available to the English-speaking public as their representative regardless of what party they voted for demonstrated to him that the Anglo community has real needs that are not being addressed by the existing parties and there is a need for a “congressman” or even “congressmen” in the Knesset.Rabbi Dov Lipman “I felt the need to open ‘congressional hours’ at the Knesset so those English-speakers had an address to come to with the multitude of issues so many English-speaking immigrants face,” Lipman said. “Our schedule for these meetings was always full – and even since I [stopped] serving as an MK, English-speakers continue to turn to me for assistance on a daily basis.”The former MK said he sees a place for an Anglo party or a bloc within an existing party. He called for Anglos to become active in the party they vote for and to try to push for the party to act on the issues that matter to them.
Former basketball star Tal Brody – a native of Trenton, New Jersey, who has run unsuccessfully for Knesset with the Likud – said that if an Anglo party is formed, “Oren would be excellent as its leader.”Jerusalem city council member Dan Illouz said that on the municipal level, questions of community building and integration of olim are much more relevant, which helped his Hitorerut Party galvanize English-speaking voters to almost win the election. He called for national parties to make their platform on key issues accessible in English, as his party did in Jerusalem and new Beit Shemesh mayor Aliza Bloch did in her city.Bayit Yehudi English division head Jeremy Saltan said the number of national parties courting Anglos keeps increasing. He said Lipman’s election was a game-changer, and what followed was an election in 2015 where most serious parties had Anglos running in realistic positions on their list, and that there were 19 panels conducted in English. 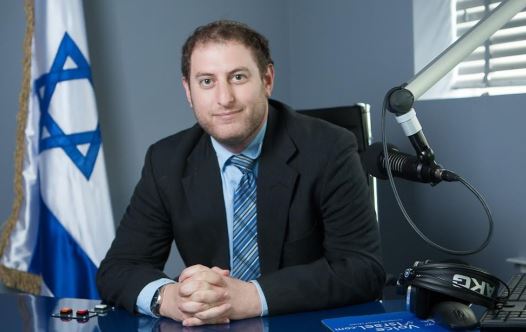 Jeremy Saltan“For the most part, Anglo voters are Center-Right and tend to vote for a party where they feel they have a representative who can provide an address for the Anglo community,” Saltan said. “Even though there will always be some fragmentation, I believe if done right with the right candidate and the right campaign, a party can add up to four mandates from the Anglo vote.”
Advertisement
Subscribe for our daily newsletter