Victim of West Bank terror attack: 'A Jew needs to feel safe in every part of his country' 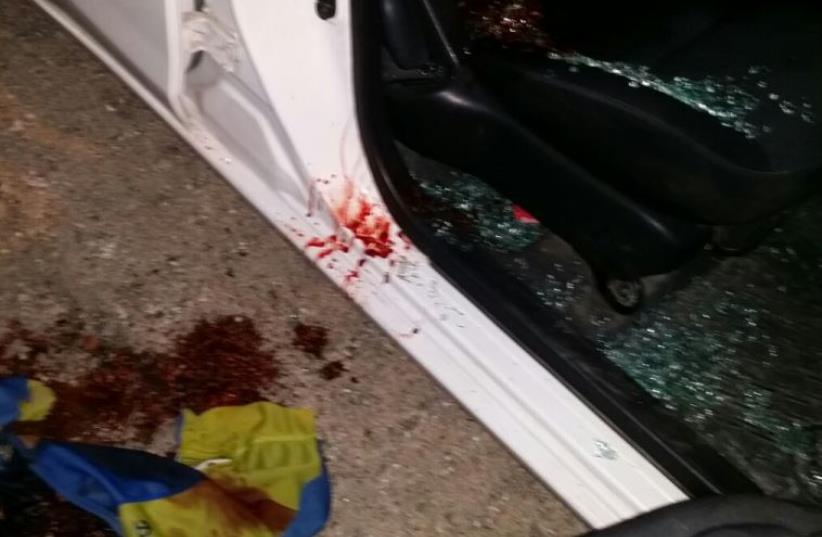 Vehicle with bullet hole punctures on the scene of a shooting attack in the West Bank, June 29, 2015.
(photo credit: TAZPIT)
Advertisement
One of the injured from the terrorist shooting attack on Monday evening in the West Bank was in serious condition with an injury to his upper body and was fighting for his life at Shaare Zedek Medical Center in the capital on Tuesday morning. Another injured person from the attack was hospitalized at Shaare Zedek with light injuries and two more were being treated at Hadassah University Medical Center in moderate condition.  The Israelis, all in their twenties, were injured when shots were fired late Monday toward an Israeli vehicle traveling near the West Bank settlements of Shilo and Shvut Rachel.
Four hurt after shots fired in West Bank terrorist attack
Security forces believe that the attack was carried out by a terror cell and not by an individual, and sweeps were under way to locate the perpetrators. The security forces also believed that the attack was planned in advance. "This looks like an attack that was well-planned and not a spontaneous attack," a security source told The Jerusalem Post's sister publication Ma'ariv.  A passenger in  the vehicle that came under attack Yair Ofer described the incident to Army Radio on Tuesday. "I received two bullets to each leg. Thank god that the bullets passed through and everything is okay. The four of us had just left a basketball game. We drove down the road to Shvut Rachel to the main road when we saw a car slowing down. Suddenly shots were fired at us from inside the car." "For around half-a-minute shots were fired at us until their magazine was empty. We were helpless but we tried to duck down to protect our heads. We shouted in pain when the bullets hit us and we yelled at the driver to drive. We rolled to the middle of the road until the car stopped. Another car with friends inside  fifty meters from us called for help." 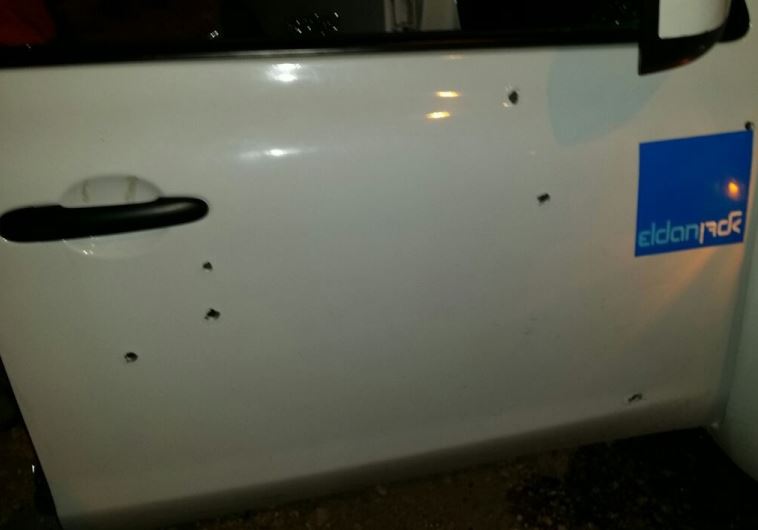 (Picture: Tazpit)Ofer called on the public to pray for his friend Malachi Moshe Rosenfeld who was seriously injured in the attack. "Every prayer can help," Ofer said.  "We need to be safe in our country, in every place in the country. A Jew needs to feel safe in his country."  "A terrorist needs to understand that he has a lot to lose. Today he knows that if he is caught for his actions he will go to jail, receive money from the Palestinian Authority, and will be freed and be regarded as a hero, even if he has killed children or babies," Ofer added.   "If the terrorist knew that his home would be destroyed and that his family would be deported he would think twice."Ofer criticized Israel's lawmakers saying that it seemed to him that the "decision-makers have decided not to decide."
Advertisement
Subscribe for our daily newsletter