Additional benefits for industry in Sderot and Gaza envelope approved

Israeli-made goods that are manufactured in the Sderot and Gaza envelope region will be entitled to a 20 percent preference in the price criterion. 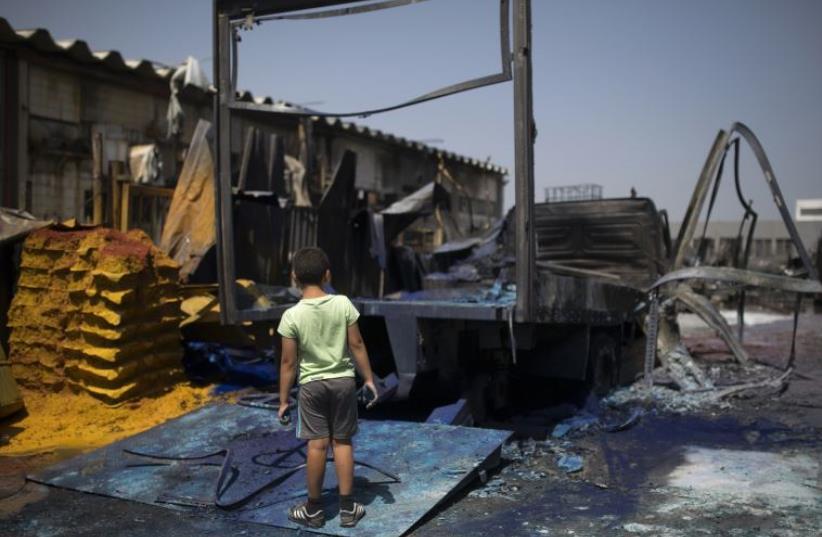 An Israeli boy looks at a burnt paint factory in the southern Israeli town of Sderot.
(photo credit: REUTERS)
Advertisement
The Knesset Constitution Committee approved an amendment on Monday that would give Sderot and Gaza-periphery manufacturers a boost when they compete against overseas suppliers in government tenders.The amendment to the Mandatory Tenders (Preference for Israeli Products) Law entitles manufacturers producing goods in those areas to an advantage in the tender’s pricing criteria, giving them preference over overseas suppliers even when quoting a higher price.“The industrialists in the Sderot and Gaza periphery region are struggling with a complex, difficult daily reality.The benefits are aimed, among other things, at helping manufacturers in Sderot and the Gaza periphery communities cope with the difficulties resulting from the security situation in the region, in the wake of Operation Protective Edge,” stated Economy Minister Arye Deri.The new legislation joins other elements of the Economy Ministry’s plan for strengthening the economy and civilian resilience in the those communities.Among those elements are benefits for production plants from the Investment Center; increased grants from the chief scientist; the fortification of daycare centers; increased subsidies for families; and the improvement of industrial infrastructure.The amendment also includes additional definitions regarding which locations and production sources in Sderot and the Gaza-area communities qualify.These changes are being enacted as an emergency measure for a five-year period, starting from the day the amendment goes into effect.“It is both important and urgent to quickly implement the amendments, so as to provide tools for manufacturers to participate in the tenders and help them rehabilitate their businesses from the damage caused by the security situation in the region,” said Deri.