Analysis: Finally an end to the settlement tightrope walk? 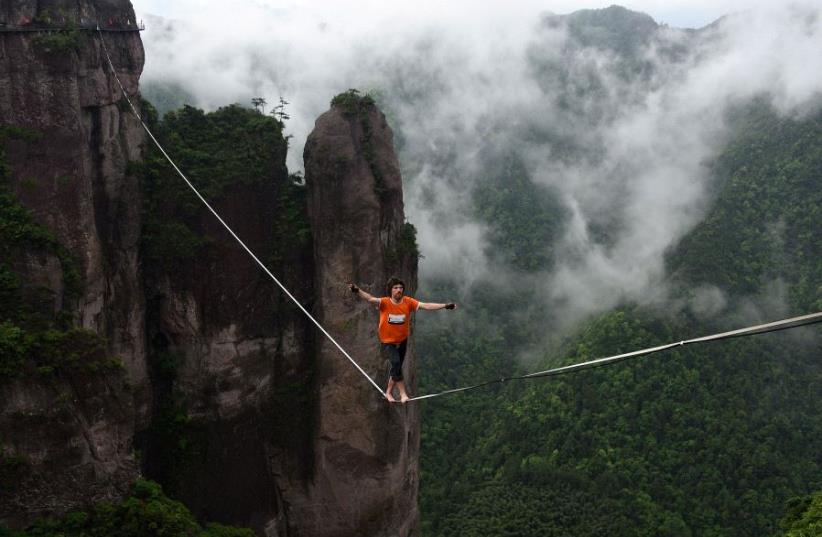 A competitor walks on tightrope
(photo credit: REUTERS)
Advertisement
For 50 years, Israel has walked a tightrope of international law between the “West Bank world” and “Judea and Samaria world.”The so-called “settlement regulation bill” snaps that tightrope and forces Israel to make a choice.On one hand, Israel has implemented a “belligerent occupation” of the West Bank. That neutral legal term is not to be confused with political accusations of being an “occupier.” It means that Israel – since the 1967 Six Day War – has had certain legal rights and obligations, as long as it controlled the West Bank.In that spirit, Israel has acknowledged certain responsibilities toward the Palestinians, and the IDF West Bank courts have declared themselves bound by the Geneva Conventions.In that spirit, private Palestinian land has been generally off-limits to Jewish settlers, with some exceptions for security, at least in theory and in the courts.In West Bank world, private Palestinian land has been any plot or series of plots of land to which Palestinians have some evidence of ownership.In Judea and Samaria world, hundreds of thousands of settlers have moved into the West Bank supported directly and indirectly by both Labor and Likud governments.In this world, IDF West Bank courts sometimes ruled that Israeli law enforcement violated the rights of Palestinian defendants in a way they do not with Israeli civilians.Underlying Judea and Samaria world are two basic ideas. One is that all of Judea and Samaria should belong to Israel, because it won back this land – which historically belonged to the Jewish people – in a defensive war with Jordan in 1967, and Jordan illegally possessed the land at the time anyway. The second is that most Palestinian claims to private land on which Jews now live are baseless, or at most, those claims deserve compensation, since Palestinians have not bothered to use those lands.Before certain UN bodies, Israel has even claimed the Geneva Conventions do not obligate it to answer international demands, ignoring them while saying it usually complies voluntarily.The real world, including the International Court of Justice and the UN Security Council, has never accepted Israeli settler presence in the West Bank. But it has tolerated it somewhat, as long as there were peace negotiations in progress (or being discussed) and as long as Israel committed to stay off private Palestinian land.Israel sometimes lives in West Bank world and sometimes in Judea and Samaria world.Passage of the settlement regulation bill, by retroactively legalizing Jewish homes on private Palestinian land, would end that balance.The High Court of Justice would likely restore that balance because – even if the legislation passes – Israel would still not be adopting a final, definitive stance. To get the court to uphold the bill, Israel would need to annex the West Bank and make the area fully “Judea and Samaria.”As long as it does not, it admits that – under international law – the situation is temporary, or contingent upon a negotiated settlement with the Palestinians.In that sense – should the legislation pass and independent of whatever chaos may ensue with international bodies like the International Criminal Court – part of the issue would be that Israel had cut the tight rope, but failed to provide itself a safety net on which to land, what to speak of a steady foundation below it.