The politics of the current immunity and impeachment proceedings shaking Israel and the US are crucial, but the legal issues may prove even more decisive in the long-run. 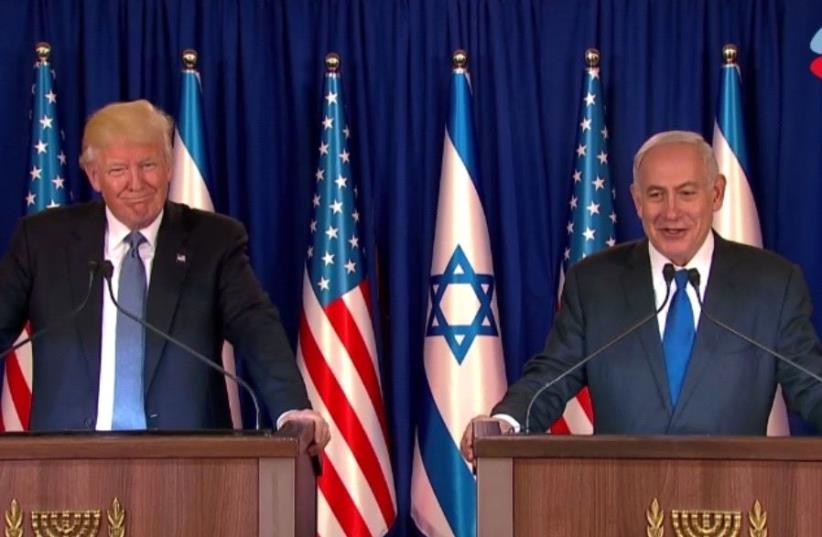 Prime Minister Benjamin Netanyahu and US President Donald Trump deliver statements at the Prime Minister's Residence, May 22 2017.
(photo credit: GPO)
Advertisement
The politics of the current immunity and impeachment proceedings shaking Israel and the US are crucial, but the legal issues may prove even more decisive in the long run.This point would seem to contradict conventional wisdom.Conventional wisdom would state that whether Prime Minister Benjamin Netanyahu gets immunity from prosecution, and whether US President Donald Trump gets impeached, has nothing to do with the law, and all that matters is politics and two numbers: 61 and 51, right?Sixty-one Knesset members to reject or accept Netanyahu’s immunity request and 51 US Senators to accept or reject adding witnesses to Trump’s impeachment trial, without which there is no chance of a conviction (and really, without 67 US Senators, which is totally unrealistic, there is no conviction).Both bodies can vote based on political incentives, so who cares about the law?In Israel, people have forgotten that the immunity fight is only an outpost along the road to the trial of Netanyahu for alleged bribery.If his immunity request is rejected, the legal consequences are he goes to trial, could be convicted and could go to jail.Regardless of whether Netanyahu wins or loses the March 2 election, if he is convicted at trial, the current stalemate will end because he will be removed from the stage – and likely before his appeals are exhausted. If he is exonerated, Blue and White will lose the basis for not cutting­ a deal with him.That legal fact is an absolute deadline to end the current political stalemate whether the politicians can negotiate a new coalition or not.Likewise with Trump, people have forgotten that the Senate proceedings are an actual trial, even if different from standard criminal proceedings in important ways.It is for that reason that some Republicans may break ranks with the Republican leadership to allow witnesses such as John Bolton. Some Democrats may break ranks with the Democratic leadership to include Hunter Biden, presidential candidate Joseph Biden’s son, as a witness in exchange.That it is a trial in which at least some members of the Senate of both parties believe they must act as impartial jurors may prove decisive on the issue of witnesses.If Bolton (who reportedly said Trump’s conduct was tantamount to a “drug deal”) or Hunter Biden (whose conduct in Ukraine was questionable even if not criminal) are called, their testimony will have a power that all 64 hours of the politicians talking cannot touch.That scenario of such witnesses testifying is the only long-shot scenario where Trump could actually be convicted by the Senate, or more likely, their legal testimony could shape the politics of the impeachment saga and the 2020 US election.There are many other huge potential legal ramifications.Both Netanyahu and Trump are accused of election-related crimes, with the concept of the crimes themselves under debate and with some of the key alleged crimes being attempts that never happened.How Israel’s and the US’s legal systems handle these issues will have far-reaching ramifications for future elections, how each country’s separation of powers is defined and what, if any, limits are placed on heads of state.Netanyahu is accused of “media bribery” – of trying to illegally sway the media to artificially give him positive coverage to help his electoral prospects.Trump is accused of “abuse of power” – of trying to use his foreign-affairs powers over congressionally allocated foreign aid to get Ukraine to make trouble for Biden in the 2020 presidential race.Israel’s prime minister has told the High Court of Justice he could not be disqualified from running for reelection for prime minister because media bribery is not even a crime and is a new invented concept designed by political detractors to bring him down.America’s president has said abuse of power is not a formal offense and was invented by Democrats to bring him down since they could not accuse of him of an unambiguous quid pro quo in the Ukraine file.In Case 2000, the Yediot Aharonot-Israel Hayom Affair, Netanyahu is accused of failing to reject an attempted bribe that never actually occurred. After all of the damning recordings of Netanyahu discussing the plot, there was no plot.In the Ukraine saga, Trump is accused of threatening not to give Ukraine foreign aid if it did not help him manufacture a corruption case against Biden. But Trump ultimately gave Ukraine the money anyway. Despite Trump’s delaying the funds to emphasize the threat, he backed off.So should heads of state be deposed using alleged crimes that are new or at least lack much history and which did not end up happening?On the flip side, legal experts say heads of state are getting more creative about how to flout corruption laws by using new tactics and by bragging about the violations in public to make corruption look valid. If this is the new trend, do ordinary citizens want to turn a blind eye just because the scheme didn’t work out?Both Netanyahu and Trump have also used the immunity and impeachment proceedings (along with the Robert Mueller report into Russia collusion and obstruction charges) to attack law-enforcement institutions.Critics say they are tearing apart the future of the rule of law in both countries with implications that will go far beyond their terms.Defenders say the case against Netanyahu and impeachment of Trump are permanently harming the offices of the countries’ leaders by using the “nuclear option” of seeking to depose them for conduct that might be problematic but not illegal.Yes, the political implications of the immunity and impeachment hearings are spellbinding. But it is the legal issues that will decisively frame the future of the two countries in the present and deep into the future.