“Natural growth on the one hand and lack of planning on the other have forced the Arab population to build without permits on a massive scale." 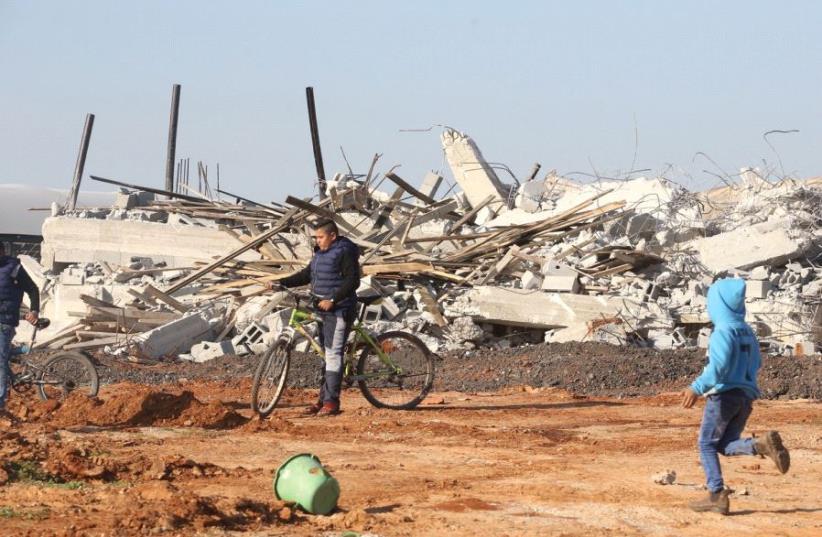 Children playing in Kalansuwa
(photo credit: MARC ISRAEL SELLEM)
Advertisement
The Arab-Jewish Planners Forum, established in the last few weeks, spoke out on Sunday against the government’s demolition of illegally built houses in the Arab sector.The group said that “years of discriminatory planning” and the recent destruction of the Bedouin village of Umm al-Hiran and house demolitions in Kalansuwa in central Israel were ethically unconscionable.The forum of 300 professional architects, planners and engineers was established following these demolitions to lobby for equitable planning as a way of advancing a more equitable society.The letter, which was sent to all 120 MKs, called on the Knesset to pass legislation that would advance “appropriate planning solutions [to address] the phenomenon of illegal building, which stems from criminal negligence of the Israeli government over many years,” and for increasing the amount of land available for construction in accordance with the Arab sector’s population growth.“Natural growth on the one hand and lack of planning on the other have forced the Arab population to build without permits on a massive scaled,” wrote the forum.“The demolition of these permit-less homes, constructed out of distress in the absence of equitable planning, violates morality and basic civil rights,” they continued, adding that house demolitions were not the answer to building without permits. “As planners and human beings, we aim to create hope. We are convinced that the planning solutions are within reach and believe that equitable planning is the basis for a just, democratic society that serves the public good.”Earlier this month, 200 protesters from Arab communities, including from Kalansuwa, held a protest outside the Finance Ministry to demand an end to house demolitions and calling for more land to be zoned for residential building in their towns.