The archeologists said the new discovery came to light with the help of camera-equipped drones, a new technology that has become part of their tool box in recent years.

By DANIEL K. EISENBUD
NOVEMBER 30, 2017 13:33
Archeologists unearth the structure.
(photo credit: MICHAL HABER/IAA)
Advertisement
A team of archeologists recently unearthed a 2,200-year-old structure from the Hellenistic period believed to be an Idumean palace or temple during excavations at the Horvat ‘Amuda site in the Lachish region of the Northern Negev.During the Hellenistic period, Horvat ‘Amuda was one of the agricultural satellite settlements of Maresha, which later became the Idumean district capital.Prior to that, during the Persian period in the 5th century BCE, the Idumeans – a Semitic people originating in Southern Jordan – settled in the Judean Shephelah foothills. After the area was conquered by the Hasmoneans in 112 BCE, the Idumeans converted and assimilated into the Judean population.Today the site, located near a military training area, is part of Bet Guvrin-Maresha National Park.The excavation directors, Dr. Oren Gutfeld of the Hebrew University of Jerusalem, and Pablo Betzer and Michal Haber of the Israel Antiquities Authority, described the structure as extremely rare.“If this was indeed an Idumean palace or temple, it is a rare and exciting find,” they said Thursday in a joint statement. 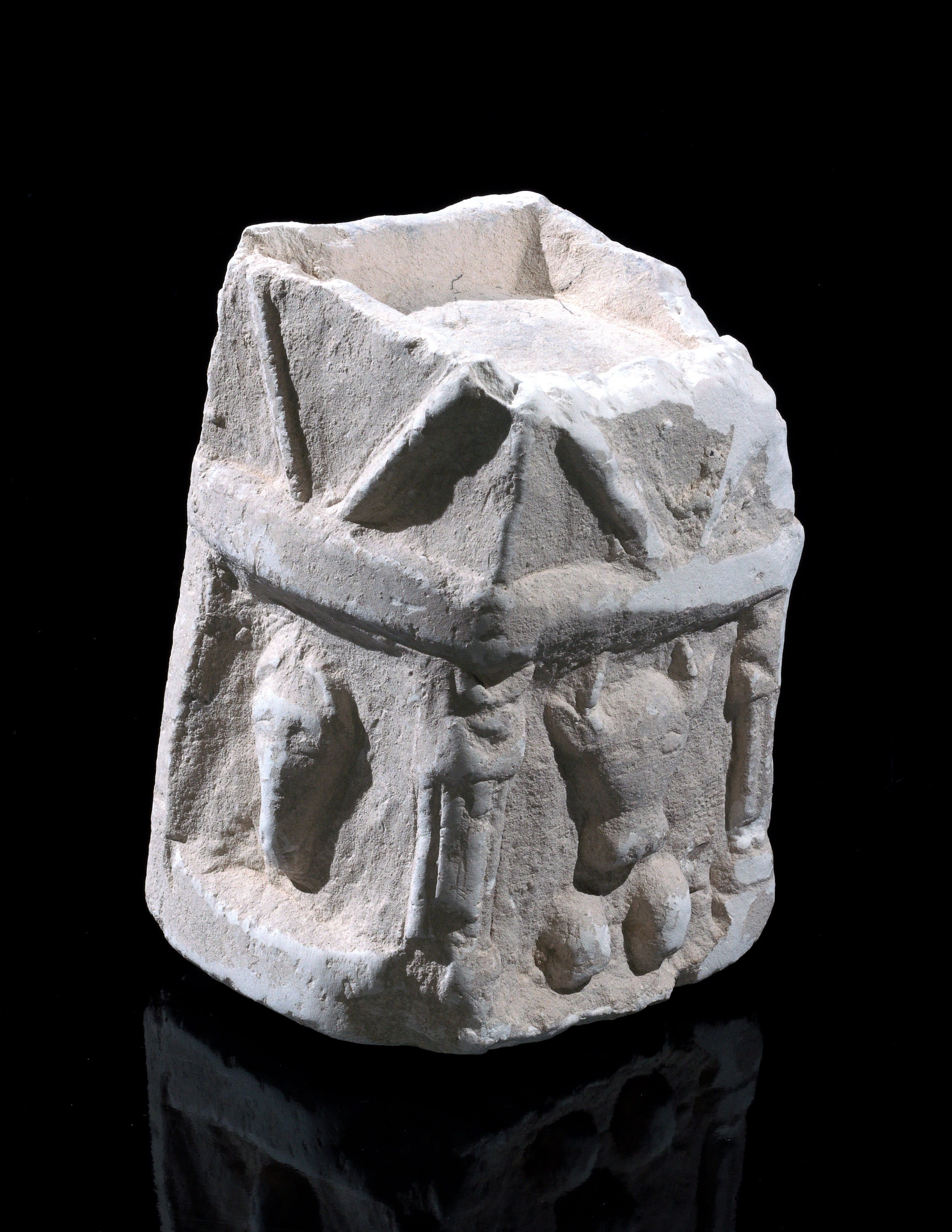 A rare incense altar found in the excavation. On one side is a bull, and on the other is another animal, possibly a horse. (CLARA AMIT / IAA)“Similar structures in this country can be counted on the fingers of one hand. It seems that the building was intentionally dismantled, possibly during the Hasmonean conquest of the region.”Two well-preserved stone incense altars were discovered in one of the rooms. One of them, bearing the carved image of a bull, is depicted as standing in what is apparently the façade of a temple adorned with prominent columns.According to the archeologists, the altar is “a unique and rare find in terms of its decoration.”The bull, they say, may have symbolized a deity worshipped by the Idumeans.In addition to the incense altar, delicate pottery vessels were also uncovered, including painted bowls, juglets and oil lamps.Also found at the site were numerous underground spaces used as quarries, or to house ritual baths (mikvaot), oil presses and dovecotes. Additionally, hiding tunnels from the time of the Jewish revolts against the Romans were discovered, with one containing an intact cooking pot from the Bar Kokhba Revolt (132–135 CE).The archeologists said the discovery came to light with the help of camera-equipped drones, a new technology that has become part of their tool box in recent years.“As part of an extensive archeological research project of the area between Bet Guvrin and Maresha in the North, and Moshav Amatzia in the South, the drone cameras photographed the archeological remains from high above, subsequently revealing hints of the structure now under excavation,” they said.They described the drones as a “research breakthrough.”“This technology helped us choose where to focus our excavation probes, and, indeed, it very quickly emerged that this was in fact a unique discovery,” they added.“We hope that our continued excavation of the site in the spring will uncover more of the story told here.”The excavation was funded by the Beit Lehi Foundation and the IAA, and carried out with the participation of archeology students from the Hebrew University, Bar-Ilan University, as well as a group of volunteers from the United States. 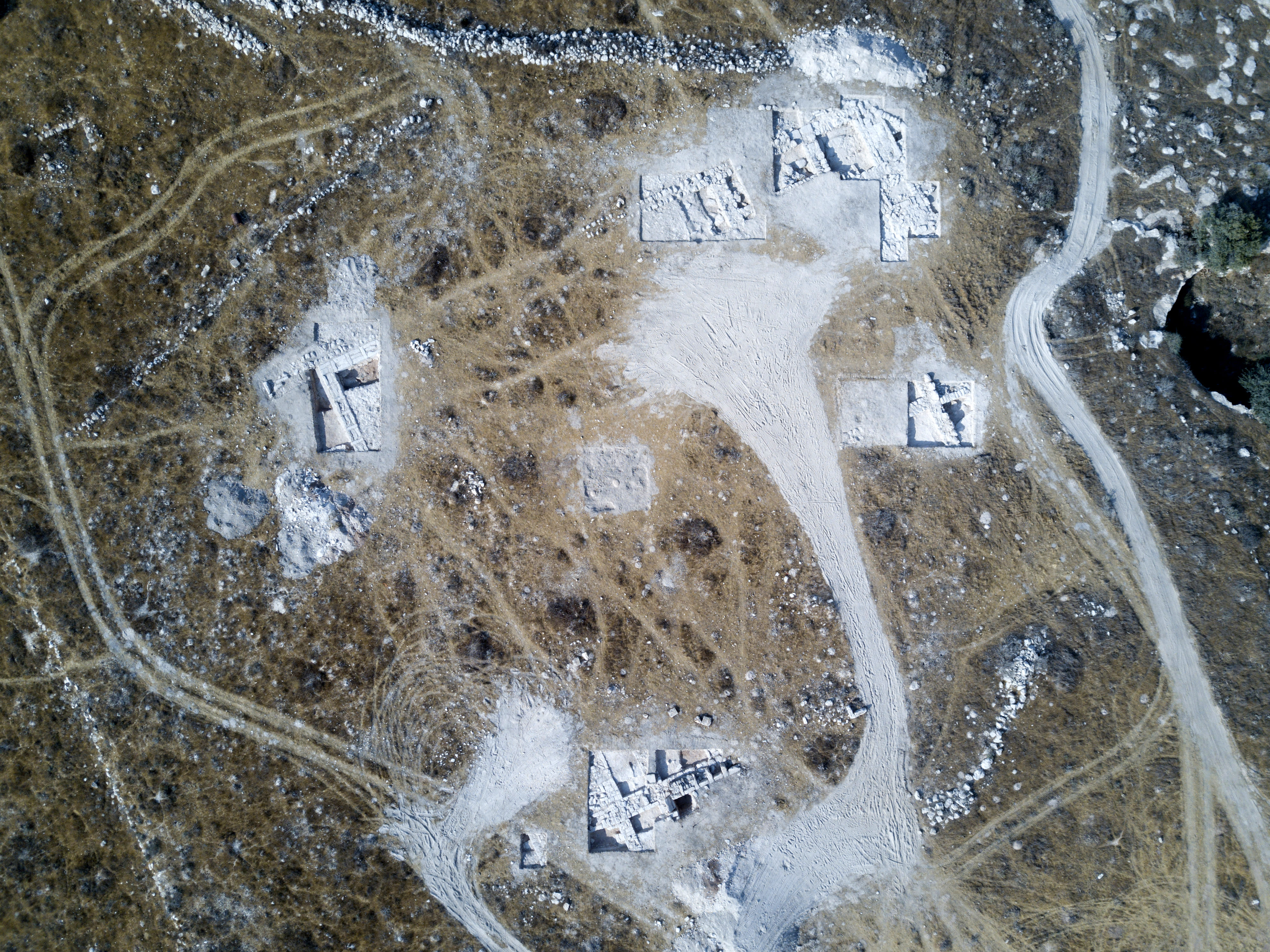 An aerial view of the excavation site (DANE CHRISTENSEN)