IDF slams comptroller report saying it 'only focused on one threat'

IDF said it had "substantial information regarding majority of Hamas terror tunnels." 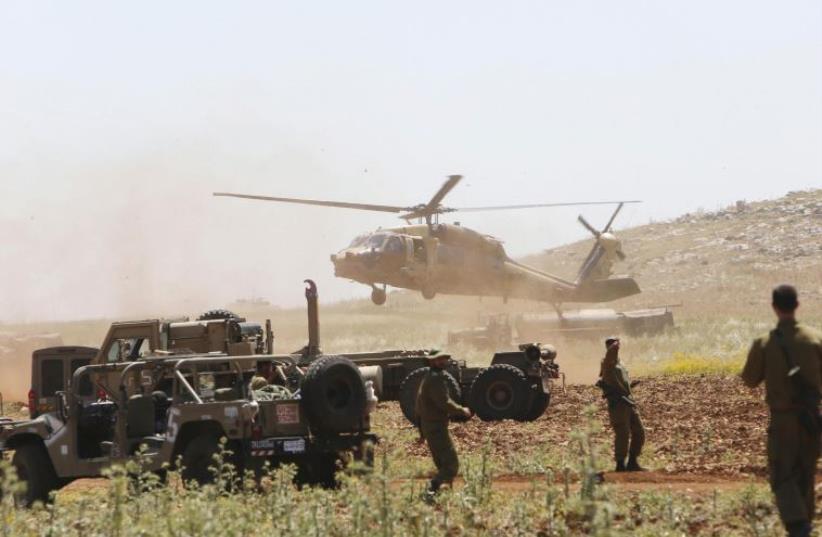 IDF SOLDIERS take part in a military exercise last year
(photo credit: ABED OMAR QUSINI/REUTERS)
Advertisement
The IDF has criticized the State Comptroller’s Report of the 2014 war fought by Israel and Hamas, known as Operation Protective Edge, saying that it only focused on one issue and not the bigger picture.“The report decided to focus on only one threat among others that existed and remain on the agenda. The tunnel threat remains today a valid threat to the State of Israel,” a statement released by the army said.According to the statement, the IDF had substantial information regarding the majority of Hamas’ terrorist tunnels and the nature of its underground terrorist network prior to the outbreak of the war.
IDF discovers tunnel from Gaza underneath building on August 8, 2014 (credit: IDF SPOKESPERSON"S UNIT)
“The IDF reflected to the Israeli political leadership the tunnel network as a serious threat [and] analyzed, assessed and determined its operational ramifications.Additionally, in the cabinet meetings, the IDF defined the tunnel threat as one of the five primary threats facing the State of Israel,” the statement read.According to the army, they invested significant amounts of effort in training exercises as well as technology in order to better equip soldiers, and “no proposed existing solution, technological or otherwise to confront the tunnel threat, was overlooked prior to the operation.”The IDF Intelligence Directorate is said to have had dedicated widescale systematic intelligence gathering efforts and resources in order to address the tunnel issue. That intelligence, they said, enabled infantry forces to locate the majority of Hamas’s tunnels and reveal their routes.The report was highly critical of Prime Minister Benjamin Netanyahu and then-defense minister Moshe Ya’alon, stating that despite receiving intelligence about the threat, they did not pass on the magnitude of its severity.According to the statement, the army had informed and updated members of the Foreign Affairs and Defense Committee regarding the security situation, briefing them at an uncovered tunnel site regarding the nature of the threat as it was understood at that time.IDF Chief of Staff Gadi Eisenkot addressed the State Comptroller Report on Tuesday night and said that, “two and a half years ago we began Operation Protective Edge where we worked together to implement the tasks assigned to us, to triumph over the enemy and restore peace to the people of the South.During the campaign 75 soldiers and civilians lost their lives, paying the heaviest price. The report which was published has been received by the army which has formed a working plan to improve the operational capabilities of the front. Having served as deputy chief of staff during the campaign, I saw the army’s soldiers and commanders on land, in the air, at sea and in various arrays, as well as former chief of staff Benny Gantz, who are working night and day to accomplish his goals of fighting and bringing security to our country.The army is not immune from criticism about Operation Protective Edge,” Eisenkot said, “But we must remember that these are people who have dedicated their lives to defending Israel and have contributed to a better future for the country and its people.”Since the end of Operation Protective Edge, the Israel-Gaza border has enjoyed some of the quietest times since 1967. And over the course of those years, the IDF has “worked consistently and has invested more than two billion shekels to address the underground terror network threat and to find a technological solution,” the army said.According to a statement released by the Defense Ministry in response to the report, new technological capabilities, developed by since the conflict have provided a significant response to the challenge of dealing with underground threats, calling them “solutions unlike anything developed by any country in the world.”