On January 4, 2006, then-prime minister Ariel Sharon suffered a severe stroke from which he would not recover, and Ehud Olmert replaced him as prime minister.

Born in 1928, Sharon joined the Haganah at the age of 14. Once he enlisted in the IDF, he spent more than 25 years serving in various commander positions. After resigning in 1973, he was recalled in October to fight in the Yom Kippur War.

Sharon was elected to Knesset two months later in December 1973 but quit after a year. He was appointed as defense minister in 1981 and over the next 20 years, held various important roles in the government as a member of the Likud until he was elected prime minister in 2001.

During his term as prime minister, Sharon's government accepted the plan proposed by the US for the achievement of peace in the Israeli-Palestinian conflict. In June 2004, the disengagement plan from the Gaza Strip was accepted, and was implemented the following year. 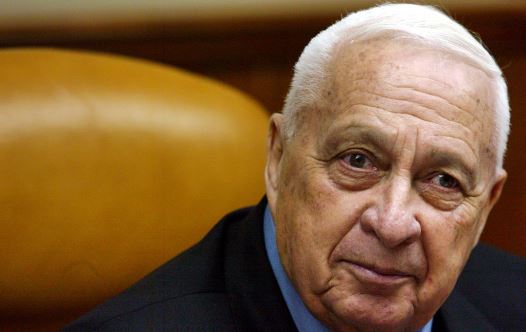 In November 2005, Sharon left the Likud and started his own party named Kadima in anticipation of the next elections, but he never got to run for prime minister again. on January 4, 2006, Sharon suffered a stroke, and Ehud Olmert, formerly of Likud, took over as prime minister.

Sharon experienced much tragedy in his life. He lost his first wife to a car crash in 1962, and his second wife also died before him in 2000. His young son was killed in a shotgun accident in 1967, and although he was no longer conscious enough to know, his older son served a prison sentence in 2008.