UN may update blacklist of companies operating in Israeli settlements

An initial list of 112 such companies was published in 2020. The mandate to make changes to that database on an annual basis, however, has been unfilled due to lack of funds. 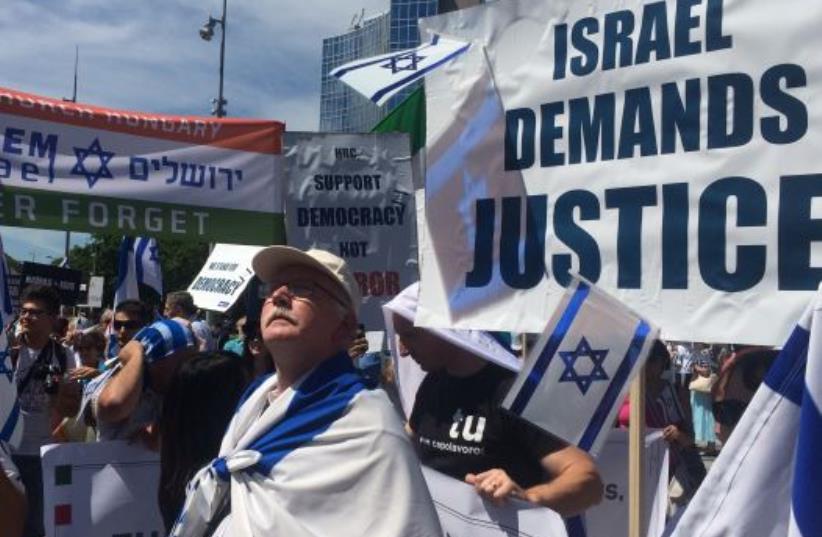 The United Nations is considering publishing an update to its blacklist of businesses operating in east Jerusalem, the West Bank and Golan Heights.

An initial list of 112 such companies was published in 2020. The mandate to make changes to that database on an annual basis, however, has been unfilled due to lack of funds.

On Friday the UN High Commissioner for Human Rights Michele Bachelet said she would consider an update even though funding remained an issue.

“I am currently considering possible options for an update on an exceptional basis and without prejudice as to future decisions,” Bachelet told the UN Human Rights Council during its 49th session in Geneva that opened on February 28 and ends on April 1.

Bachelet noted that she had “flagged to the UNHRC both at its 46th session and again at its 47th session, the issue of resource requirements.”

“Specifically,” Bachelet explained, “it is not possible for [her] office to absorb on an open-ended recurring basis into the future the substantial resources that updating the data base and reporting to the council would annually imply.”

She noted that anything beyond an exceptional one-time update, could “only be discharged consistent with the organization’s budgeting process applicable to funding mandates of the council.”

Bachelet also complained about Israel’s failure to renew the visas of her international staff over the last 18 months.

“This gravely undermines the discharge of our mandated work. I urge Israel to renew my staff’s visas urgently,” she said.

In a report she submitted to the council she chastised both Israel and the Palestinian Authority for failing to investigate violations of international humanitarian law that occurred during the 11-day Gaza war in May, known in Israel as Operation Guardian of the Walls.

Bachelet called on Israel to rescind its declaration that six Palestinian NGOs were affiliated with the designated terror group, the PFLP, a constituent of the PLO.

“Israel must also ensure that human rights defenders are not detained, charged and convicted in relation to their legitimate work to protect and promote human rights and accountability,” she wrote.

In her statement to the council, Bachelet spoke of her concern about rising Israeli-Palestinian violence in the past year.

This included, she said, the Gaza war in May and the “significant increase in the use of live ammunition by Israeli security forces in the West Bank, including east Jerusalem, and intensification of settler-related violence.”

“Fourteen Israelis were killed and 824 more were wounded by Palestinians in comparison to the previous period when one Israeli soldier was killed and 90 Israelis were injured,” Bachelet stated.

She was concerned, she said, about the “pervasive impunity afforded to members of the Israeli security forces for incidents of possible excessive use of force outside the context of hostilities, frequently resulting in potentially unlawful killings, including, in some cases, possible extrajudicial executions.”

In the vast majority of cases, Israel has not opened investigations into such unlawful killings, she said.

Bachelet spoke of her concern with the growing incidents of settler violence against Palestinians.

She also alleged that Palestinian security forces had used excessive force against citizens and committed other actions of human rights violations, including the killing in Hebron of Nizar Banat, Palestinian dissident and candidate for election to the Palestinian Legislative Council.