Baby dies in daycare after falling from a height

Five members of staff were taken in for questioning on suspicion of wrongful death through negligence, and two remain in custody.

A one and a half-year-old baby died in his daycare in Beersheba on Tuesday afternoon after falling from a height, according the an Israel Police spokesperson.

The baby was rushed to the hospital where attempts to save his life failed, and he was pronounced dead.

Israel Police opened an investigation in which two members of the daycare staff were taken in for questioning on suspicion of manslaughter by negligence. Throughout the day, a total of five staff members were questioned.

In a statement released on Tuesday night, the spokesperson's unit reported that the daycare's manager and the teacher's assistant would remain in custody and be brought in front of a judge on Wednesday to have their arrests extended. 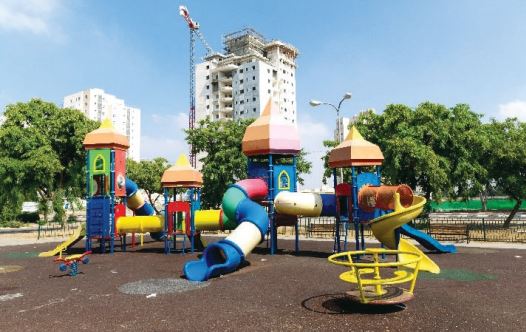 In the meantime, the daycare has been closed down.

"Our hearts are with the family of the baby," said Head of Investigations in the Beersheba police department Chief Inspector Michael Tzvi. "This is the beginning of a complex investigation, and we are doing the best to our abilities to arrive at the truth by understanding the biggest picture of the situation in the shortest time possible."

"Our hearts are with the family of the baby."

The Education Ministry reported that while the daycare was in the process of receiving a license, it was not yet in possession of one.

Among a set of new reforms from the Education Ministry since the beginning of the year, every daycare that has more than six children in it is not legally allowed to function without a license.

Close to 20 daycares have been closed down in the past year after the staff was found to be abusing or neglecting the children under their care. The reforms implemented by the Education Ministry were designed to make daycares a safer environment for the toddlers who attend them.