Mohammad Halabi was indicted in August 2016 for smuggling $7.2 million a year to Hamas for buying weapons and building attack tunnels. 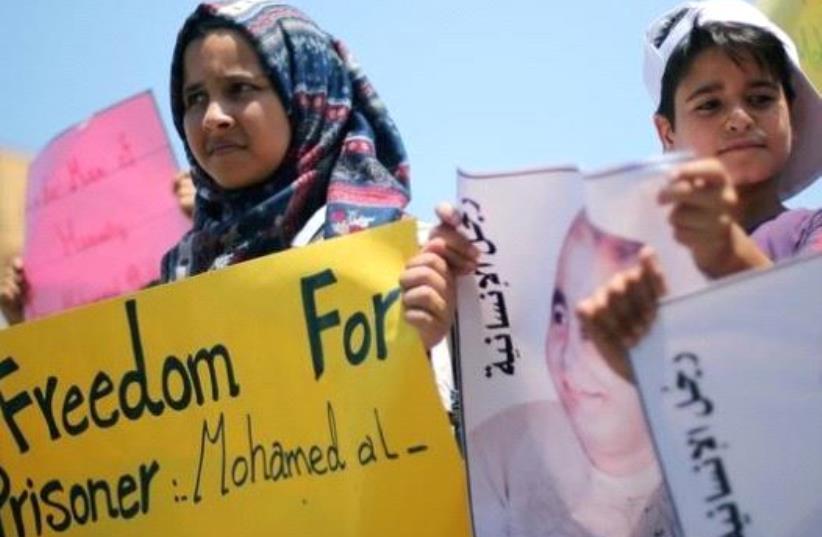 The Beersheba District Court will decide the fate of World Vision defendant Mohammad El Halabi on Wednesday, six years after his arrest and under pressure from the High Court of Justice to stop dragging its feet.

The state prosecution accused El Halabi of assisting Hamas in addition to his humanitarian work, but he claims the charges were made to delegitimize Palestinian civil society.

El Halabi’s case has received global coverage because he was connected to World Vision, and is being watched closely to determine the fairness and professionalism of the Israeli justice system.

As the El Halabi verdict comes in, the International Criminal Court is about 15 months into a criminal investigation of alleged Israeli and Hamas war crimes during the 2014 Gaza War and the 2018 Gaza border conflict, and has yet to give any signs about how it views Israel’s prosecution and courts in terms of probes and verdicts that have resulted from the events in dispute.

There are also questions on whether the time frame and evidentiary stringencies of the trial can be justified, given that El Halabi was not charged with violent crimes himself.

DEMONSTRATORS IN Gaza City protest in 2016 in solidarity with Mohammad El Halabi, who was accused of funneling millions of dollars of aid money to Hamas. (credit: MOHAMMED SALEM/REUTERS)

These questions might only be strengthened if he is found innocent or exonerated on some of the charges.

Sources say that a mixed verdict of partial conviction and partial acquittal could be presented to the world as a sign that the court was objective, and did not “buy” everything pitched to it by the prosecution and Israeli intelligence.

The setting of the verdict date itself came under a direct order from the High Court on May 9, after the court had been set to hear a debate on whether to extend El Halabi’s detention for another 90 days.

The verdict was expected to be delivered before May, and the justices seemed to have lost patience with the Beersheba District Court, which has tried the case.

The High Court extended his detention in February for 90 days, but on the basis that it had indications from the Beersheba District Court that this could be a final extension before the verdict.

EL HALABI’S CASE had come before the High Court dozens of times since his August 2016 indictment, but each time the justices extended his detention pending a verdict in the trial.

The extremely delayed and time-consuming trial ended with closing arguments in July and October, and it is unclear what further delayed the verdict.

El Halabi has vehemently denied the charges and accused the prosecution and the Shin Bet of manufacturing charges, coercing a confession in order to undermine humanitarian organizations in Gaza and dragging out the case.

Mohammad was indicted in August 2016 for smuggling $7.2 million a year to Hamas for buying weapons and building attack tunnels. This was instead of World Vision using it for food, humanitarian assistance, and aid programs for disabled children.

Since March 2021, more allegations have come out from El Halabi’s side, including that he was fooled by an undercover informant in detention into confirming details that the informant kept pressuring El Hablabi to confirm.

The defense says that the case should have been dropped in light of the circumstances in which the confession was given, and that the police record of what was said is an inauthentic photocopy, raising questions of a police cover-up.

In addition, the defense has claimed that World Vision did not transfer any material to Gaza at some of the crossing points where the prosecution says El Halabi made illegal transfers to Hamas.

The Jerusalem Post has learned that although these allegations were new to the public in March 2021, the prosecution had been aware of them and responded to them behind closed doors throughout the trial.

While the prosecution’s responses are classified at this stage, it appears that the prosecution would acknowledge using an undercover informant, but would say that this is a standard approved tactic and that no illegal pressure was applied.

Moreover, the prosecution would point out that the court already rejected any allegations of a coerced confession earlier in the case, and that the only question left to the court is how much weight to give the confession.

In terms of the lost document allegation, it appears the prosecution would likely express regret, but reject any conspiracy theories. It would point out that this is not the first case in which such an error occurred, and that the defense has not flagged any specific issues to invalidate the authenticity of the copy of the confession.

Regarding the border crossing issue, the prosecution would respond that El Halabi was a clever operator and sometimes used different organizations or names to move material while using World Vision as his main laundering tool.

Both sides accuse the other of unconscionable delays relating to fighting over how the trial would take place, what evidence the defense would get to see, and the possibility in the earlier years of reaching a plea deal.