Eitan Elbaum, 17, competed against 346 students from 90 countries across the globe in the contest, which featured complex programming questions.

Eitan Elbaum (second in from right) poses with other members of the Israeli delegation who participated in the International Olympiad in Informatics earlier this year.
(photo credit: Courtesy)
Advertisement

A student at Jerusalem College of Technology’s (JCT) Torah U’Mada Yeshiva High School was awarded a silver medal for his efforts at the International Olympiad of Informatics (IOI) held in Indonesia last month.

The contest featured three complex programming questions that had to be solved within five hours. Eitan Elbaum, 17, competed against 346 students from 90 countries across the globe – ultimately claiming a silver medal.

“I never thought that I would reach the level to be a member of the delegation and represent Israel, and I certainly did not imagine that I would be able to bring back a medal together with my friends in such an excellent delegation,” Elbaum said.

“I learned that if you invest, work hard, and believe, the impossible does not exist. As Eyal Yifrah said, ‘If we want to succeed as much as we want to breathe, any summit is possible,’” Elbaum said, referring to one of the three Israeli teenagers who were kidnapped and murdered ahead of Operation Protective Edge in 2014.

The Israeli delegation sent four students to the competition virtually, as Israeli nationals are not allowed to enter Indonesia – the largest Muslim state by population in the world.

“I’m so proud to represent Israel, especially considering the host country doesn’t recognize its existence,” said Elbaum. “While it would have been nice to be there in person since that’s a big part of the experience, competing on Zoom actually helped us focus on the questions at hand and I think ultimately helped our performance.” 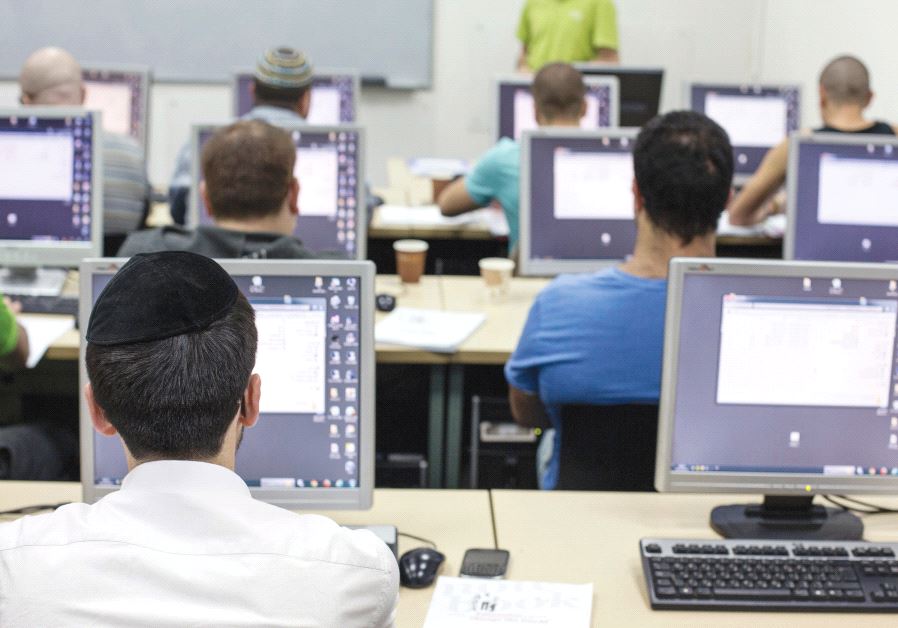 STUDENTS ATTEND a computer course at a technical college in Jerusalem (credit: REUTERS)

“I owe a lot of my success to Torah U’Mada. At 13, I was learning Python and C++ programs that many don’t encounter until much later in their studies. This definitely gave me a leg up when I faced off against other computer science students from around the world.”

Elbaum’s school offers a unique educational experience for gifted religious students from grades 7-13 – combining high-level Torah study with full high school matriculation, as well as an academic degree in science and technology from JCT – a leader in tech-based higher education among the Jewish religious community.

Rabbi Raphael Bublil, head of the Torah U’Mada Yeshiva High School, said that “the connection between the holy and academic worlds provides a myriad of opportunities to students striving for technological excellence. We’re proud of Eitan for his hard work and other members of his delegation for their impressive achievements and wish them continued success.”

Through his computer science education at the JCT-founded high school, Elbaum has represented Israel in global academic competitions a whopping four times.

“I owe a lot of my success to Torah U’Mada,” explained Elbaum. “At 13, I was learning Python and C++ programs that many don’t encounter until much later in their studies. This definitely gave me a leg up when I faced off against other computer science students from around the world.”