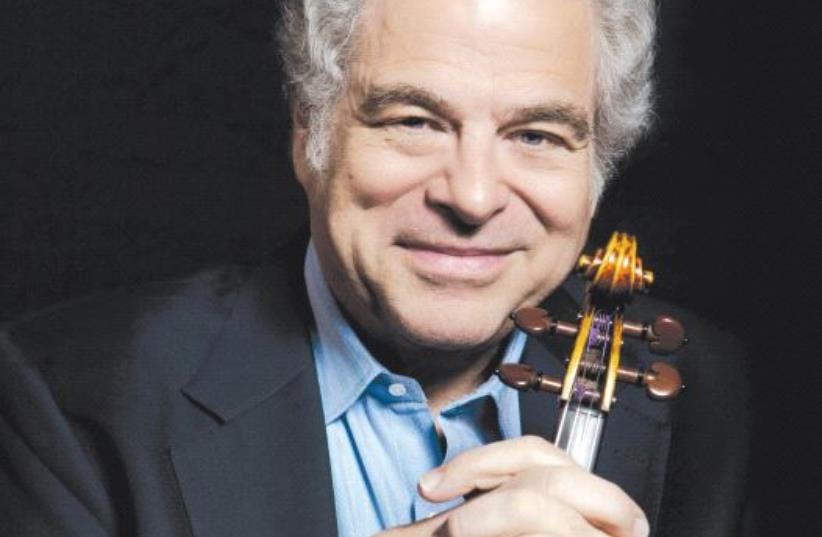 This was not Perlman's first time at the White House. The Tel-Aviv-born violinist has been performing at high-profile events in America since the age of 13. Most recently, he performed at the White House for an audience that included Queen Elizabeth II in 2007, and again during the Obama Administration in 2012 for a dinner honoring Israeli former president Shimon Peres.

Here's Itzhak Perlman, the legendary Israeli-American violinist and Presidential Medal of Freedom recipient, playing Avinu Malkeinu at the @WhiteHouse. You can hear people singing along to the High Holiday prayer. pic.twitter.com/ImicYiyv0t

Presidential remarks ahead of Perlman's performance

Violinist Itzhak Perlman, seen here receiving the US Presidential Medal of Freedom from President Barack Obama in November 2015, was among those participating in a Feb. 3, 2021, kickoff event for Jewish Disability Advocacy Month. (credit: ALEX WONG/GETTY IMAGES/JTA)

"Temples will be shuttered on Yom Kippur. And some will have to break their fast without beloved family beside them. I hope that their faith and our prayers bring them comfort during this dark time."

Happening Now: President Biden and the First Lady, alongside the Vice President and the Second Gentleman, host a reception to celebrate the Jewish New Year. https://t.co/KBxyDzN50R

"Many have had to flee their homes, as you’ve seen," began First Lady Dr. Jill Biden, referring to the current crisis in Florida caused by Hurricane Ian. "Temples will be shuttered on Yom Kippur. And some will have to break their fast without beloved family beside them. I hope that their faith and our prayers bring them comfort during this dark time."

The First Lady was followed by the Second Gentleman, Doug Emhoff, the first ever person with that title, as well as the first Jewish spouse of a vice president. He pointed out that "Jews worldwide face horrendous discrimination and violence and antisemitism.  And one of the reasons that our great President ran for president was to confront the kinds of hate and antisemitism that we all saw and were mortified by in Charlottesville." About the President and Vice President as a team, he said, "they are two leaders of deep faith who believe in tolerance and inclusion, not just for our Jewish community but for all communities. "

A drasha from Biden

President Joe Biden cited the late Lord Rabbi Jonathan Sacks in his remarks about the High Holy Days. Biden explained to those gathered at the conference that "the late Rabbi Jonathan Sacks, who passed away two years ago, once said that the most important lesson of the High Holidays is that nothing — nothing — is broken beyond repair. Nothing is broken beyond repair. It’s never too late to change and to be better. I’ve always believed that message, and I also think it’s universal."

Biden also touched on his recent visit to Israel: "The first place I went back to was Yad Vashem.  And there were two Holocaust survivors there who immigrated to America after the war but returned to that sacred ground to speak to young people so we never forget." In this context, he said, it is frightening to see the rise of antisemitism in America in 2022.

Biden closed with some words of Torah, and a blessing for the new year: "The Jewish tradition holds that from the time the Book of Life is opened on Rosh Hashanah until the gates close on Yom Kippur, our fate hangs in the balance. It’s in our hands — it’s in our hands to change, to do better to ourselves, for ourselves, and for others. I believe we face a similar inflection point as a nation.

"My hope and prayer for the year ahead is that, for one of the most difficult moments that we’ve gone through in a long time, we emerge stronger."