Hanamel Dorman has in the past been a target of the Shin Bet division that deals with Jewish terrorism.

Hanamel Dorfman, an Israeli settler activist who in the past called Israel Police "antisemitic" and a "mafia," is set to become chief of staff for incoming national security minister Itamar Ben-Gvir's, Haaretz reported Sunday evening.

According to the report, the Otzma Yehudit head disclosed in private conversations that he intends to offer the vacancy to Dorfman, who is widely considered to be Ben-Gvir's right-hand man in the far-Right faction.

Dorfman was quoted by Haaretz as a 17-year-old saying about the police that "the only problem with the Nazis is that I was on the losing side," during a protest against housing African asylum seekers in Israel.

In a tweet dating to October 2021, Dorfman claimed that the Israel Police is "the most antisemitic police in the world" in response to comments made by a Border Police commander who was attacked by Israelis in the Yitzhar West Bank settlement. 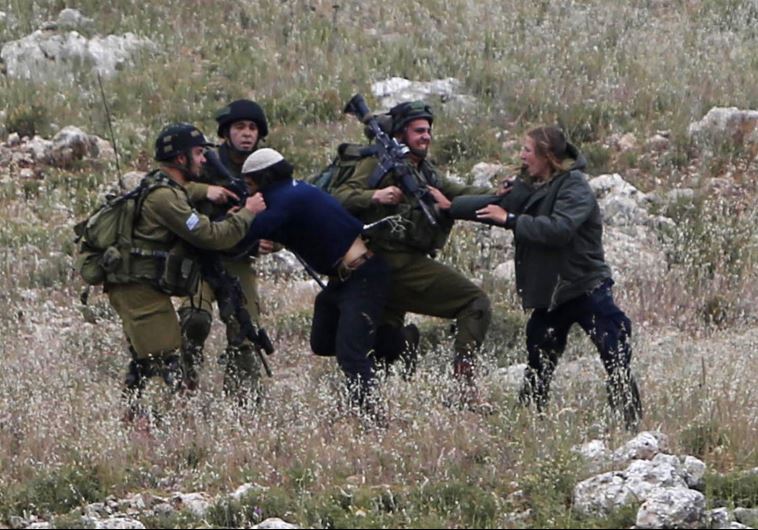 In other tweets dating from 2019-2021, Dorfman called the police "violent and disgraceful," "racists," and "rotten."

Who is Hanamel Dorfman, known to Israel Police?

The 27-year-old attorney, who completed his apprenticeship at Ben-Gvir's law firm, was previously employed as a legal adviser for Otzma Yehudit. He resides in Yishov HaDa'at, an illegal West Bank outpost near Shilo, north of Jerusalem, and is married to the daughter of Benzi Gopstein, head of the Lehava Jewish extremist group.

Dorfman was reportedly a former target of the Shin Bet (Israel Security Agency) division known to the public as the "Jewish Department," which works to prevent Jewish terrorism in Israel.

A former senior Shin Bet official told Haaretz that he was "one of the organization's targets within the extremist Right and hilltop youth, but not the top target."

As a youth, Dorfman was given a restraining order from the West Bank for alleged involvement in riots surrounding the evacuation of illegal outposts, according to the newspaper. In 2021, he claimed that he was given an administrative removal "without any evidence, proof and no trial."

Now part of the Otzma Yehudit's coalition negotiation team, Dorfman is also involved with an organization that transfers funds to Jewish terrorists serving time in Israeli prisons, according to a Channel 13 report earlier this month.

Shlom Asirayich (Peace for your Prisoners), whose mission statement is to rehabilitate jailed prisoners and preserve individual rights in prison, has moved funds for convicted terrorists such as serial killer Yaakov “Jack” Teitel and Yosef Haim Ben David.

Dorfman's connections to the killer of the Dawabashe family

Another terrorist paid by Shlom Asirayich is Amiram Ben Uliel, who received a life sentence for the arson murder of the Palestinian Dawabshe family in 2015.

Ben Uliel appealed his sentence to the High Court of Justice, which rejected his petition in September. The court's rejection drew immediate responses from Ben-Gvir and Religious Zionists MK Simcha Rothman, who called the decision "biased."

Amiram Ben Uliel, accused of the Duma arson murder in July 2015 where three members of the Dawabshe family were killed, arrives to a court hearing on his appeal, at the Supreme Court in Jerusalem, on March 7, 2022. (credit: YONATAN SINDEL/FLASH90)

In a 2016 interview with haredi (ultra-Orthodox) news outlet Kikar HaShabat, Dorfman alleged that Ben Uliel, who confessed to the murders during the investigation, was falsely accused and that Israel Police "tortured him into a false confession."

"He's a peaceful, gentle man who left the hilltops," he said of the convicted murderer. "Any Israeli would admit to what he admitted if they were subjected to the torture he was subjected to."