How do Palestinians in the West Bank get their hands of hefty arms meant for warfare?

The smuggling of firearms to the West Bank has become an increasing concern in recent months, as there have been a rising number of clashes between Israeli security forces and armed Palestinians.

This past week, the IDF, Shin Beit (Israel Security Agency) and Israel Police conducted counterterrorism activities in which two senior terror operatives were killed in Wadi Bruqin, the military said. “During the exchange of fire, Muhammad Qasim Saadi, a high-ranking operative in the Islamic Jihad terrorist organization, was killed.

On November 30, the IDF also said it had conducted a recent operation in which a man suspected of terrorist activity in Ya’abad was apprehended with an M-16 rifle, a military vest and NIS 50,000.

Israel’s government has created a joint desk of the three Israeli security forces to prevent the smuggling of illegal weapons. M-16s now cost up to NIS 90,000; other weapons such as pistols cost less. There are supposedly increased costs for these weapons due to efforts against smuggling.

While there are hundreds of smuggling attempts that are thwarted, it’s unclear how many illegal weapons get through to the West Bank or where they come from. Some may be stolen from the IDF, but others come from Jordan or further afield. Last year, Walla News said that 70% of shooting incidents in Israel in 2021 were carried out with stolen IDF weapons. But that data doesn’t fully explain what is going on in the West Bank.

It also is not clear the origins of all these weapons. Some may be stolen from the IDF, but others come from Jordan or from further afield. Last year, Walla News said that 70 percent of shooting incidents in Israel in 2021 were carried out with stolen IDF weapons. However, that data doesn’t fully explain what is going on in the West Bank.

The role of the illegal arms trade in the West Bank

TO UNDERSTAND more about the presence of illegal weapons in the West Bank, we examined photos of the weapons that are publicly available. Some of these photos have been used in media reports, others are posted online in Arabic media or other forums by supporters of the armed men, and still others are distributed after armed men have been detained.

We showed the photos of the firearms to a number of knowledgeable people and firearms experts and spoke to them on background, asking them what they observed.

A fourth expert we consulted examined rifles in several of the photos that have been posted online of the Palestinian gunmen. He said that one rifle has “FAB Defense style furniture and Meprolight M21’s,” referring to two types of accessories made by companies. He said the double magazine clamps visible in one photo were likely of “Israeli origin,” suggesting they had been stolen. 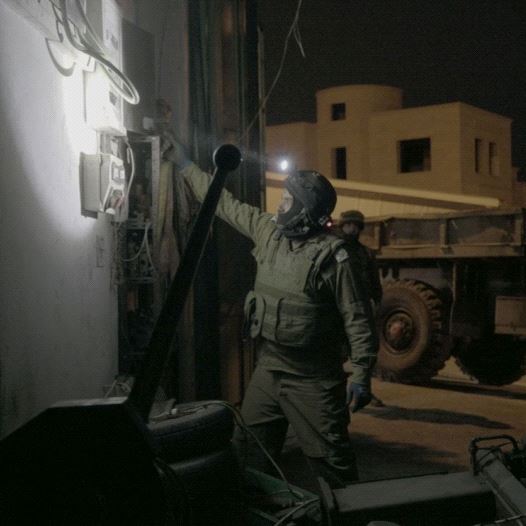 In one photo of a gunman, he said the rifle was an M-16A2 with a full stock and 20-inch-long barrel. A third rifle had an Advanced Combat Optical Gunsight (ACOG) that he said it looked like a Trijicon sight, which he said can be expensive. “The short barrel with A2 flash hider and a fixed front sight definitely looks like it’s also of Israeli origin, and that sling is Israeli.”

He said the rifles appeared to be standard Colt M4s and that one of them was older, lacking rails on the hand guard or upper receiver. One rifle had a polymer magazine (probably FAB, but maybe another local manufacturer) and it has a hand guard with M1913 rails, which he felt was “pretty standard,” on these kinds of rifles.

Another one had a tritium-powered day scope, generally 3X magnification and with an array of possible reticles – fine lines in the eyepiece of an optical device used for aiming – which he described as immensely popular among troops during the US war on terror. Asked if he believed the gunmen had accessorized these weapons or stolen them in this form, he said he thought they were likely stolen, as opposed to be tailored by the men.

THERE IS one photo online of Farouk Salame, a Palestinian who was killed last month. Before his death, he posed with a dozen M-16s. Examining the “Game of Thrones” photo, the expert identified many of the rifles as Colt M16/CAR15- pattern guns (the Colt Automatic Rifle-15 is a compact M-16 variant).

One rifle had an older style carrying handle and rear sight and another was an M4 with Meprolight M21. Another rifle in the photo had a Harris bipod, which he described as a popular and commonly issued accessory, and another had a GripPod bipod and pistol grip. Other rifles in the photo included an M-16-A2, which is a standard older model M-16. Another included what the expert described as “AIMPOINT CompM3, also known as the CCO in the US Army: an immensely popular optic in NATO and associated countries.”

In other photos, the expert identified M-16s that had aftermarket additions and one with a Colt manufacturer stamp. Another one he described as an “M4 with aftermarket rail with KeyMod attachment points (pretty normal private purchase/unit purchase kind of item) and an ACOG.”

In a photo of guns that were intercepted while being smuggled from Jordan, the expert said he was surprised to see SIG P320’s, which he described as a recent US military issue pistol that comes under the M-17 designation. He described these pistols as recently acquired and suggested they were stolen from Jordan. “It’s notable that it’s a pistol that still hasn’t fully made its way into all of the US military [and yet] is being smuggled from Jordan... Those aren’t pistols that have been bouncing around the region for years.” 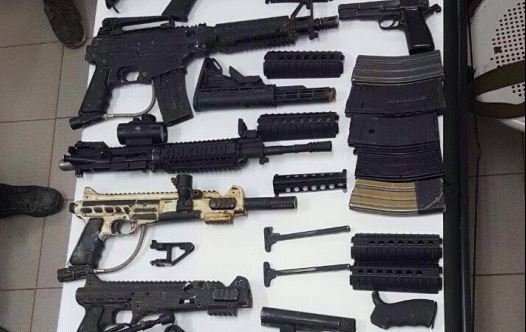 Experts, former soldiers and professionals in the gun industry can be wrong in identifying weapons in photos, especially if they are blurry or the weapons are at a distance. However, the overall consensus among those interviewed was that there are many gun sights and other accessories being smuggled, including M-16s and pistols that are of more recent origin.

While news of the smuggling networks and crackdown on these networks has been increasing, the number of illegal firearms seen in photos of Palestinian terrorists and armed gangs, particularly M-16s, is also increasing.