Since 2006, Poland marks June 14 to remember victims of camps. 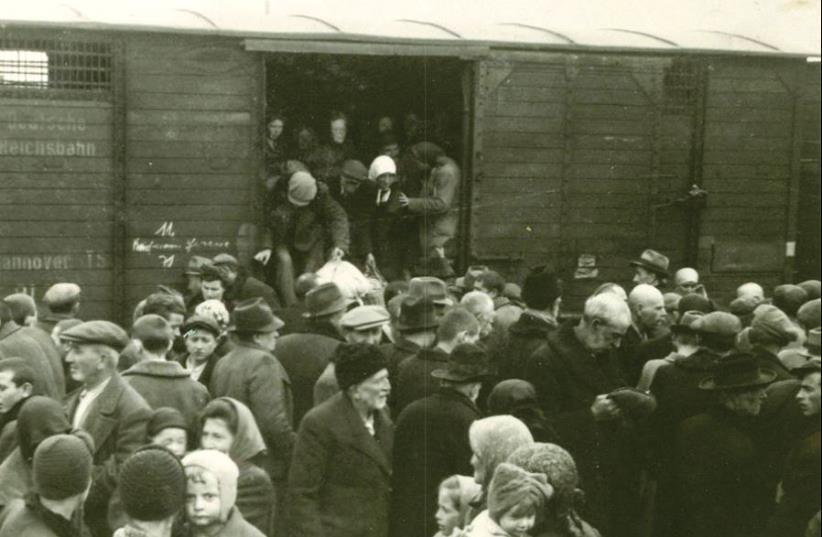 Hungarian Jews disembark from trains at the Auschwitz-Birkenau death camp in the summer of 1944
(photo credit: YAD VASHEM)
Advertisement
The Auschwitz Museum has opened an online exhibition to mark the 77th anniversary of the deportation of the first group of Poles to the German death camp.In 2006, the Polish parliament designated June 14 as the National Remembrance Day for Victims of the German Nazi Concentration and Extermination Camps.The exhibition, which was created by the International Center for Education about Auschwitz and the Holocaust, can be found on the Google Cultural Institute’s website under the title “14 June 1940.”On that June day, the Nazis deported 728 Poles, including 20 Jews, from the prison in Tarnow to Auschwitz (both are in southeastern Poland). They were political prisoners and members of the Polish resistance, mostly Catholics.According to the museum, the majority of them were young, including elementary and older school pupils, soldiers, lawyers, teachers, priests, laborers and peasants.The mass deportations of Jews began at a later date.The exhibition relates the events on June 13, 1940, when the prisoners left the prison in Tarnow and June 14, when they were led through the streets of the city to the train station and transported by train to Auschwitz.The exposition also contains all preserved registration photographs of prisoners of the first transport to Auschwitz along with any data that could be established, in addition to some testimonies. Visitors to the website may also read daily records kept by Auschwitz prisoners.Jerzy Hronowski, former Auschwitz prisoner no. 227, described his memories of the day: “On June 14, 1940, from Tarnow departed a transport with several hundred prisoners who were sent to the concentration camp in Oswiecim. Unloading was accompanied with screaming and shouting of kapos and SS-men, who with beating forced us to leave the wagon faster.”Out of the 728 prisoners deported on June 14 from Tarnow to Auschwitz, 298 survived, 272 died, while the fate of 158 is unknown to date.Today, the square in front of the former Jewish ritual bath in Tarnow is called the Square of Auschwitz Inmates, and in 1975, a monument was unveiled there in memory of the first inmates of the death camp.A series of events will be held in Poland on Wednesday to mark the national day, including tributes to the victims of concentrations camp with flowers and candles, as well as a Mass led by the bishop of Bielsko- Zywiec, Roman Pindel. The main ceremony will be held at the premises of the former Lagerhaus, located outside the Auschwitz-Birkenau State Museum.