"During the most difficult days of the Yom Kippur War, when Israel's destiny was at stake, [Ben-Gal] and his soldiers bravely defended with their lives the northern border," Netanyahu said. 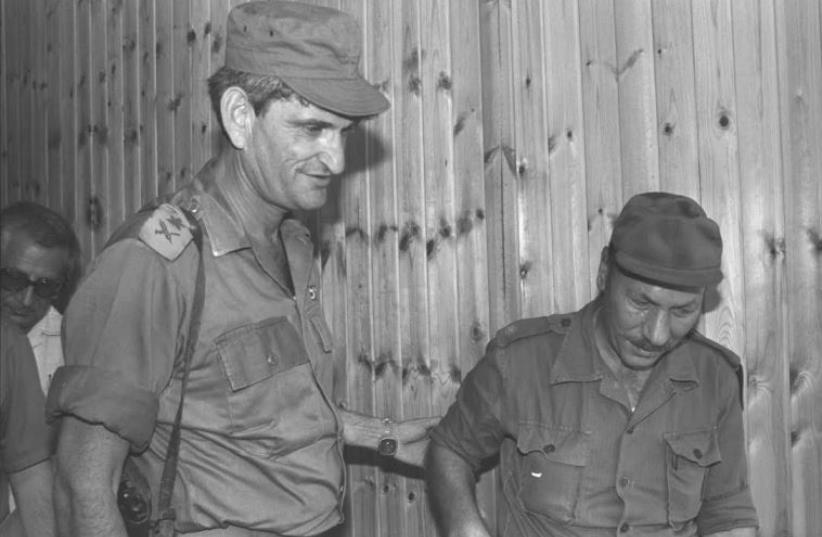 War hero Avigdor "Yanush" Ben-Gal IN 1973.
(photo credit: MAARIV)
Advertisement
Maj.-Gen (res.) Avigdor “Yanush” Ben-Gal, a hero of the Yom Kippur War, died on Saturday evening at the age of 79. He is survived by his wife and seven children.Ben-Gal was born in Lodz, Poland, in 1936. After the Germans invaded, his family fled to Siberia in the Soviet Union.His parents died on the way, and he and his sister made their way to Iran, and then, in 1943, to Israel, part of the Tehran Children. They were raised by a distant cousin.He joined the IDF, and fought in the Suez War in 1956. Having planned to become a physician, Ben-Gal decided to stay in the army. During the Six Day War, he was the operations chief of a brigade that broke through Egyptian fortifications in Sinai. His jeep struck a mine, and he lost half his right foot. He then commanded a battalion during the War of Attrition with Egypt.During the Yom Kippur, Ben- Gal commanded the 7th Armored Brigade on the Golan Heights, including in the Battle of the Valley of Tears, holding out against much larger Syrian forces, until reserve forces arrived at the front.He led the IDF’s Northern Command from 1977 to 1981.He was chairman of the board of directors of Israel Aerospace Industries from 1996 to 2002, and served on the board of the International Policy Institute for Counter-Terrorism.In 2009, he became chairman of the board of directors at N.S.O Group Technologies, “During the most difficult days of the Yom Kippur War, when Israel’s destiny was at stake, [Ben-Gal] and his soldiers bravely defended the northern border with their lives,” Prime Minister Benjamin Netanyahu said on Saturday night.Ben-Gal’s funeral will be held at 4 p.m. on Sunday, at the Kiryat Shaul Military Cemetery in Tel Aviv.