“I’ve talked to the members of the Israeli government at the highest levels. I know who they want elected here. It’s not Hillary Clinton. It’s not Obama 3,” former NYC Mayor tells Washington Post. 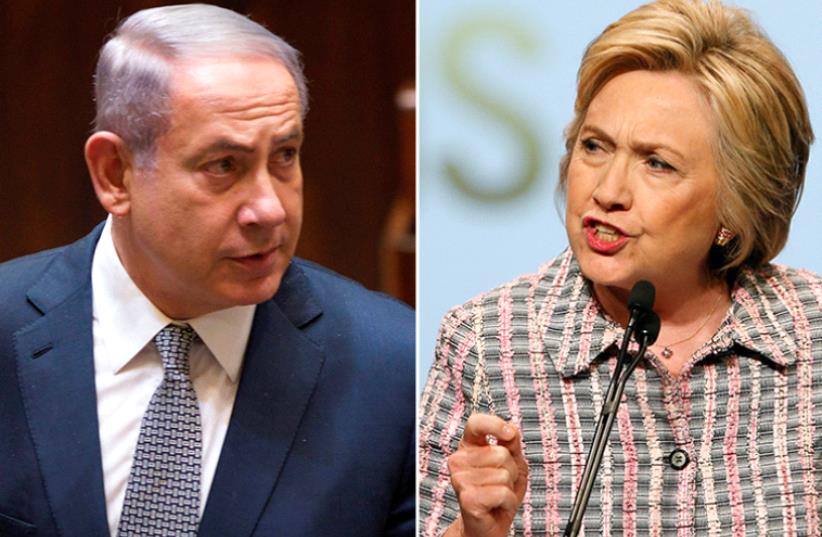 Netanyahu and Clinton
(photo credit: REUTERS)
Advertisement
Israeli leaders prefer Donald Trump to be the next president of the United States rather than Hillary Clinton, according to former New York City mayor Rudy Giuliani.“I’ve talked to the members of the Israeli government at the highest levels. I know who they want elected here. It’s not Hillary Clinton. It’s not Obama 3,” Giuliani said in an interview to the at the Republican National Convention last week.Giuliani has been a close friend of Prime Minister Benjamin Netanyahu for over 20 years, and the two recently met in March at the Prime Minister's Office in Jerusalem.While he refused to specifically say Netanyahu supported Trump, Guliani stated that, “I’ve known Bibi almost as long as I’ve known Donald, 25 years.  I can’t speak for Bibi … But there is no question Donald Trump and a Republican administration would be much better for Israel.”“They are politically aware enough to know that if Hillary gets elected, she is going to go further to her left, to protect her left flank against Elizabeth Warren,” Giuliani said of Israel's political leaders. “They know she’s going to start the two-state solution thing again, cave in to the Palestinians. They realize Donald Trump can say Islamic terrorism, can stand up to it. So there’s no question he would be better for the state of Israel than Hillary.” The Prime Minister's Office categorically denied that Netanyahu has  expressed any preference for who should be the next American president.Netanyahu's perceived support for Mitt Romney in the 2012 presidential election was highly controversial and led to increased tension with the Obama administration.In private conversations, many ministers have been cautiously supportive of Clinton and concerned about trump as an unknown entity.