In the strike five dozen American Tomahawk missiles were fired from the Mediterranean Sea at Syria's al-Shayrat airfield. 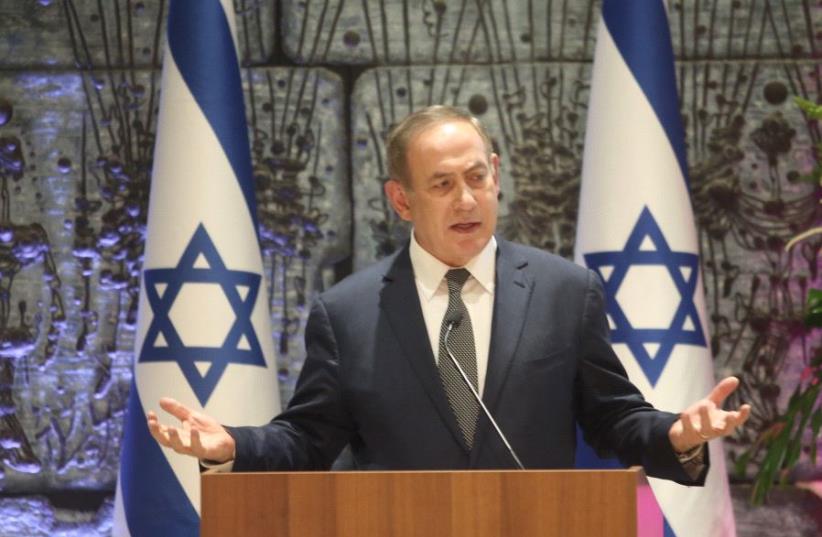 PM Netanyahu
(photo credit: MARC ISRAEL SELLEM)
Advertisement
Prime Minister Benjamin Netanyahu expressed his support for the US air strike in Syria, Friday morning.In the strike five dozen American Tomahawk missiles were fired from the Mediterranean Sea at Syria's al-Shayrat airfield. The airbase played host to the very planes which on Tuesday laid chemical siege to a civilian town in Idlib province, killing 74 people and incapacitating over 550. It was not immediately clear whether Trump would order additional strikes. "In words and actions President Trump sent a strong and clear response: The use of chemical weapons is unacceptable," Netanyahu stated.

#Israel's Prime Minister Netanyahu says he hopes @POTUS strike in #Syria will be heard from #Iran to #NorthKorea.

"Israel fully and unequivocally supports the presidents decision and hopes the clear message will reverberate not only in Damascus but also in Tehran, Pyongyang and other places."President Reuven Rivlin echoed Netanyahu' statement calling the US airstrike a "fitting and appropriate response" to the use of chemical weapons in Syria."In acting as it has, the United States serves as an example to the entire free world, which must support any step required to bring the atrocities in Syria to an end," Rivlin added.

#BREAKING: #IDF says they were told in advance of #US strikes on #Syria & "express support for decision". #KhanShaykhoun

"The US attack on Syria delivered an important and necessary message from the entire free world, led by the United Stated, that it will note tolerate the war crimes of [Syrian President] Bashar Assad's regime against innocent civilians," Defense Minister Avigdor Liberman said in a statement Friday morning. "These atrocities must be stopped, there is a price to pay for such cruelty."The IDF was warned in advance of the strike and supported the decision, according to the IDF spokesperson's unit.

The IDF was notified ahead of time of the US cruise missile attack against #Syria and expressed our support for it.

Trump's attack against the Assad regime came 77 days into his presidency.Michael Wilner contributed to this report.